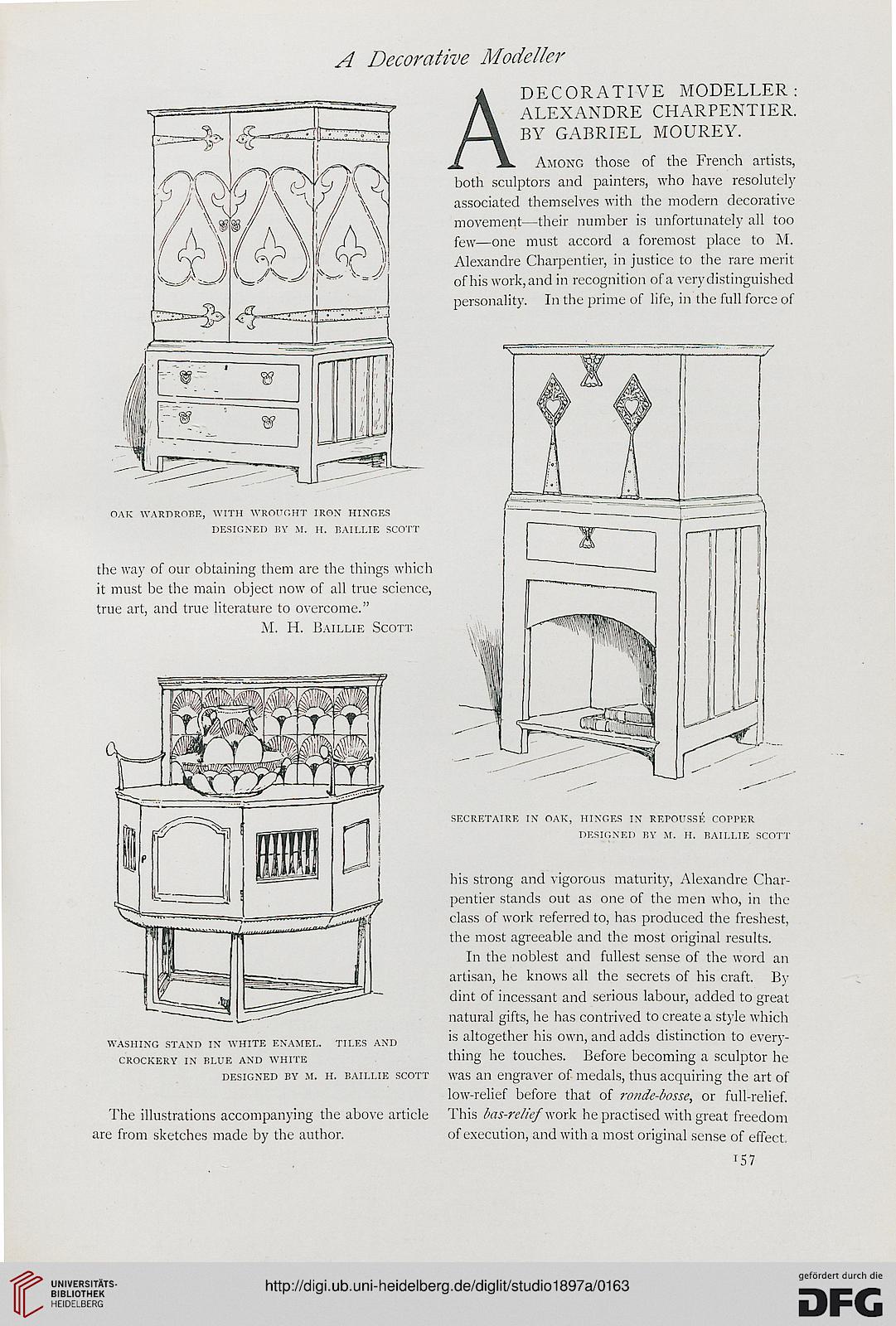 the way of our obtaining them are the things which
it must be the main object now of all true science,
true art, and true literature to overcome."

WASHING STAND IN WHITE ENAMEL. TILES AND
CROCKERY IN BLUE AND WHITE

The illustrations accompanying the above article
are from sketches made by the author.

ADECORATIVE MODELLER:
ALEXANDRE CHARPENTIER.
BY GABRIEL MOUREY.
Among those of the French artists,
both sculptors and painters, who have resolutely
associated themselves with the modern decorative
movement—their number is unfortunately all too
few—one must accord a foremost place to M.
Alexandre Charpentier, in justice to the rare merit
of his work, and in recognition of a very distinguished
personality. In the prime of life, in the full force of

his strong and vigorous maturity, Alexandre Char-
pentier stands out as one of the men who, in the
class of work referred to, has produced the freshest,
the most agreeable and the most original results.

In the noblest and fullest sense of the word an
artisan, he knows all the secrets of his craft. By
dint of incessant and serious labour, added to great
natural gifts, he has contrived to create a style which
is altogether his own, and adds distinction to every-
thing he touches. Before becoming a sculptor he
was an engraver of medals, thus acquiring the art of
low-relief before that of ronde-bosse, or full-relief.
This bas-relief"work he practised with great freedom
of execution, and with a most original sense of effect.