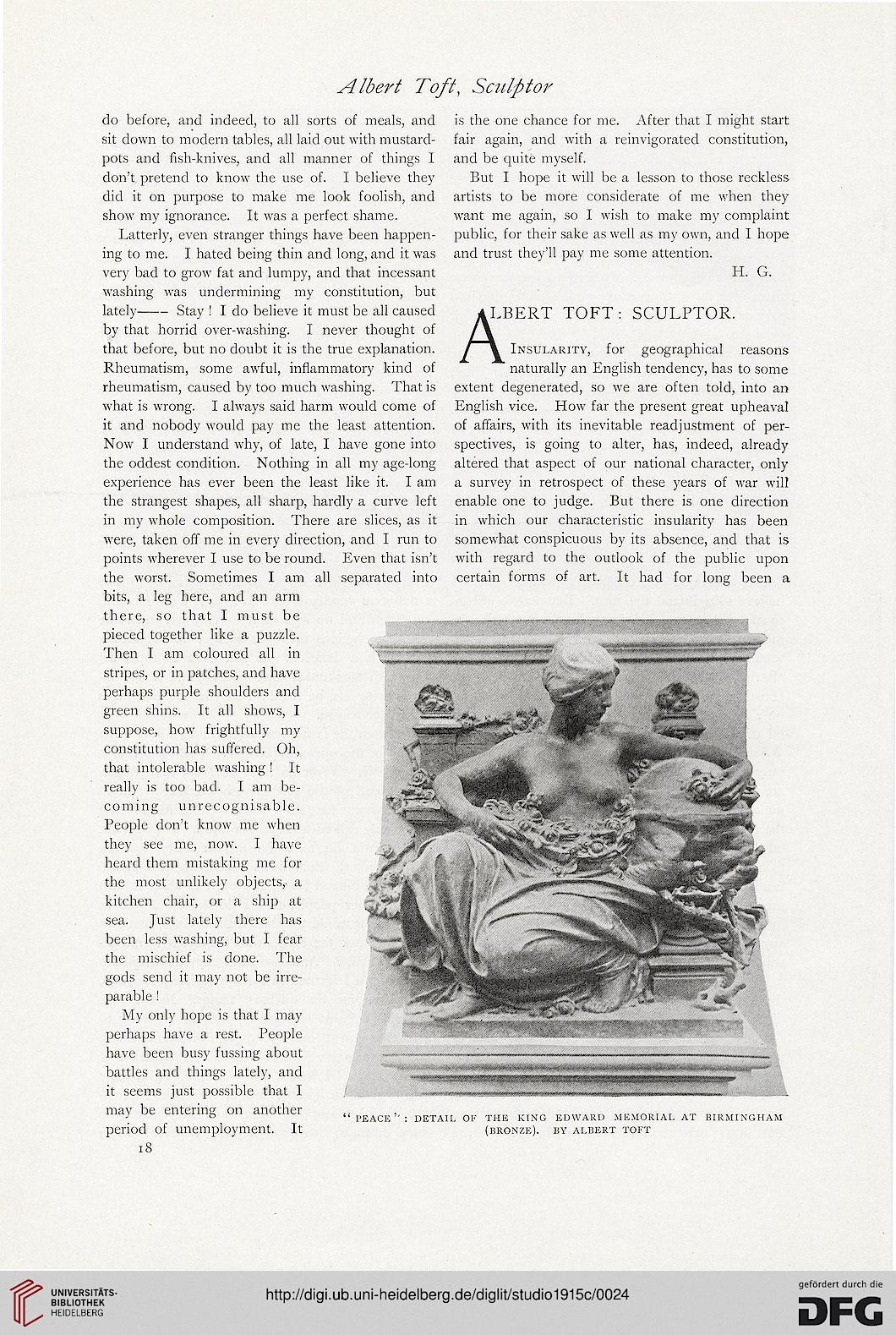 do before, and indeed, to all sorts of meals, and
sit down to modern tables, all laid out with mustard-
pots and fish-knives, and all manner of things I
don’t pretend to know the use of. I believe they
did it on purpose to make me look foolish, and
show my ignorance. It was a perfect shame.

Latterly, even stranger things have been happen-
ing to me. I hated being thin and long, and it was
very bad to grow fat and lumpy, and that incessant
washing was undermining my constitution, but

lately-Stay ! I do believe it must be all caused

by that horrid over-washing. I never thought of
that before, but no doubt it is the true explanation.
Rheumatism, some awful, inflammatory kind of
rheumatism, caused by too much washing. That is
what is wrong. I always said harm would come of
it and nobody would pay me the least attention.
Now I understand why, of late, I have gone into
the oddest condition. Nothing in all my age-long
experience has ever been the least like it. I am
the strangest shapes, all sharp, hardly a curve left
in my whole composition. There are slices, as it
were, taken off me in every direction, and I run to
points wherever I use to be round. Even that isn’t
the worst. Sometimes I am all separated into
bits, a leg here, and an arm
there, so that I must be
pieced together like a puzzle.

Then I am coloured all in
stripes, or in patches, and have
perhaps purple shoulders and
green shins. It all shows, I
suppose, how frightfully my
constitution has suffered. Oh,
that intolerable washing ! It
really is too bad. I am be-
coming unrecognisable.

People don’t know me when
they see me, now. I have
heard them mistaking me for
the most unlikely objects, a
kitchen chair, or a ship at
sea. Just lately there has
been less washing, but I fear
the mischief is done. The
gods send it may not be irre-
parable !

My only hope is that I may
perhaps have a rest. People
have been busy fussing about
battles and things lately, and
it seems just possible that I
may be entering on another
period of unemployment. It
iS

is the one chance for me. After that I might start
fair again, and with a reinvigorated constitution,
and be quite myself.

But I hope it will be a lesson to those reckless
artists to be more considerate of me when they
want me again, so I wish to make my complaint
public, for their sake as well as my own, and I hope
and trust they’ll pay me some attention.

/ % Insularity, for geographical reasons
naturally an English tendency, has to some
extent degenerated, so we are often told, into an
English vice. How far the present great upheaval
of affairs, with its inevitable readjustment of per-
spectives, is going to alter, has, indeed, already
altered that aspect of our national character, only
a survey in retrospect of these years of war will
enable one to judge. But there is one direction
in which our characteristic insularity has been
somewhat conspicuous by its absence, and that is
with regard to the outlook of the public upon
certain forms of art. It had for long been a

DETAIL OF THE KING EDWARD MEMORIAL AT BIRMINGHAM
(BRONZE). BY ALBERT TOFT