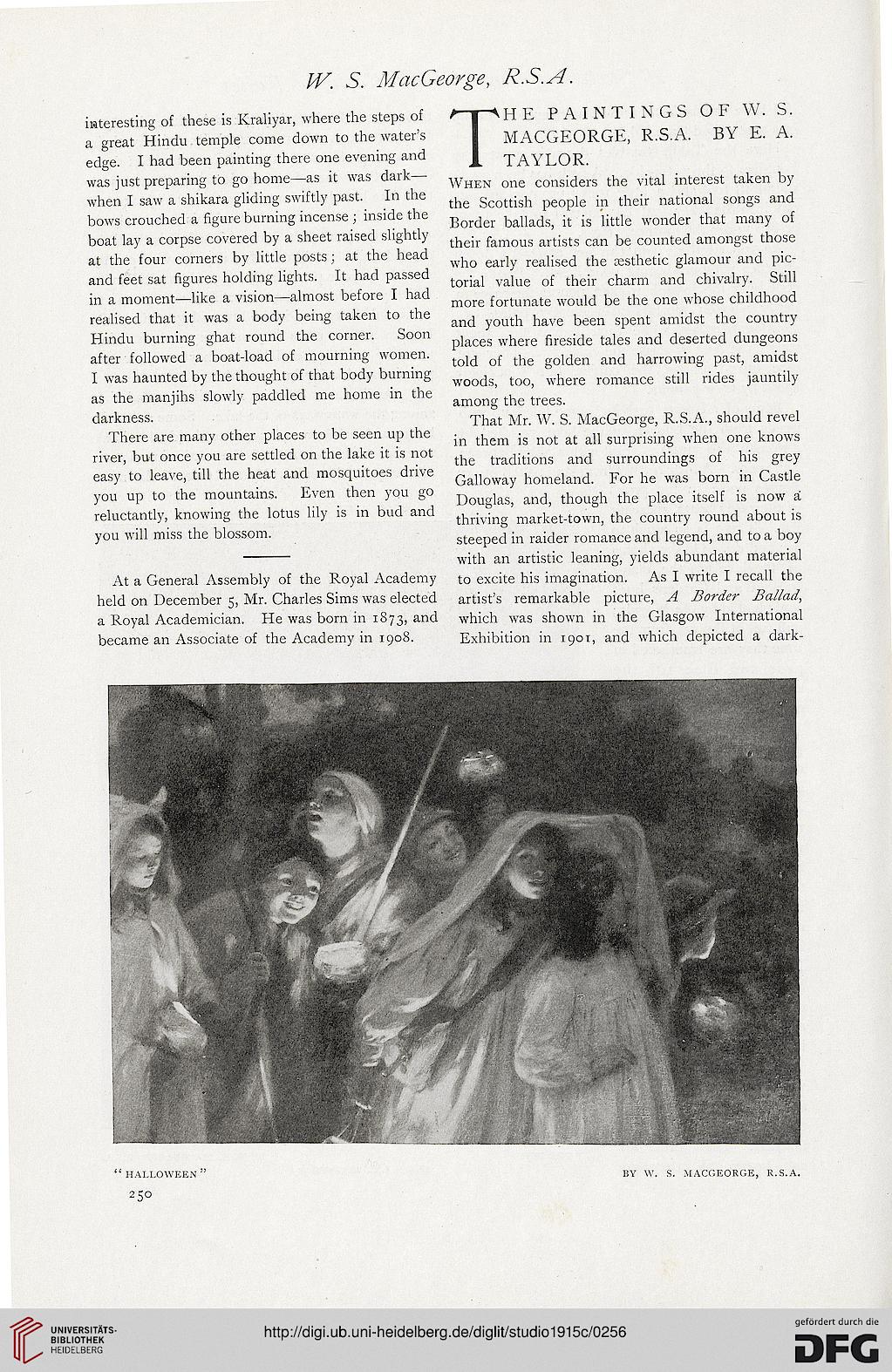 interesting of these is Kraliyar, where the steps of
a great Hindu temple come down to the water’s
edge. I had been painting there one evening and
was just preparing to go home—as it was dark—
when I saw a shikara gliding swiftly past. In the
bows crouched a figure burning incense ; inside the
boat lay a corpse covered by a sheet raised slightly
at the four corners by little posts; at the head
and feet sat figures holding lights. It had passed
in a moment—like a vision—almost before I had
realised that it was a body being taken to the
Hindu burning ghat round the corner. Soon
after followed a boat-load of mourning women.
I was haunted by the thought of that body burning
as the manjihs slowly paddled me home in the
darkness.

There are many other places to be seen up the
river, but once you are settled on the lake it is not
easy to leave, till the heat and mosquitoes drive
you up to the mountains. Even then you go
reluctantly, knowing the lotus lily is in bud and
you will miss the blossom.

At a General Assembly of the Royal Academy
held on December 5, Mr. Charles Sims was elected
a Royal Academician. He was born in 1873, and
became an Associate of the Academy in 1908.

The paintings of w. s.

When one considers the vital interest taken by
the Scottish people in their national songs and
Border ballads, it is little wonder that many of
their famous artists can be counted amongst those
who early realised the aesthetic glamour and pic-
torial value of their charm and chivalry. Still
more fortunate would be the one whose childhood
and youth have been spent amidst the country
places where fireside tales and deserted dungeons
told of the golden and harrowing past, amidst
woods, too, where romance still rides jauntily
among the trees.

That Mr. W. S. MacGeorge, R.S.A., should revel
in them is not at all surprising when one knows
the traditions and surroundings of his grey
Galloway homeland. For he was born in Castle
Douglas, and, though the place itself is now a
thriving market-town, the country round about is
steeped in raider romance and legend, and to a boy
with an artistic leaning, yields abundant material
to excite his imagination. As I write I recall the
artist’s remarkable picture, A Border Ballad,
which was shown in the Glasgow International
Exhibition in 1901, and which depicted a dark-