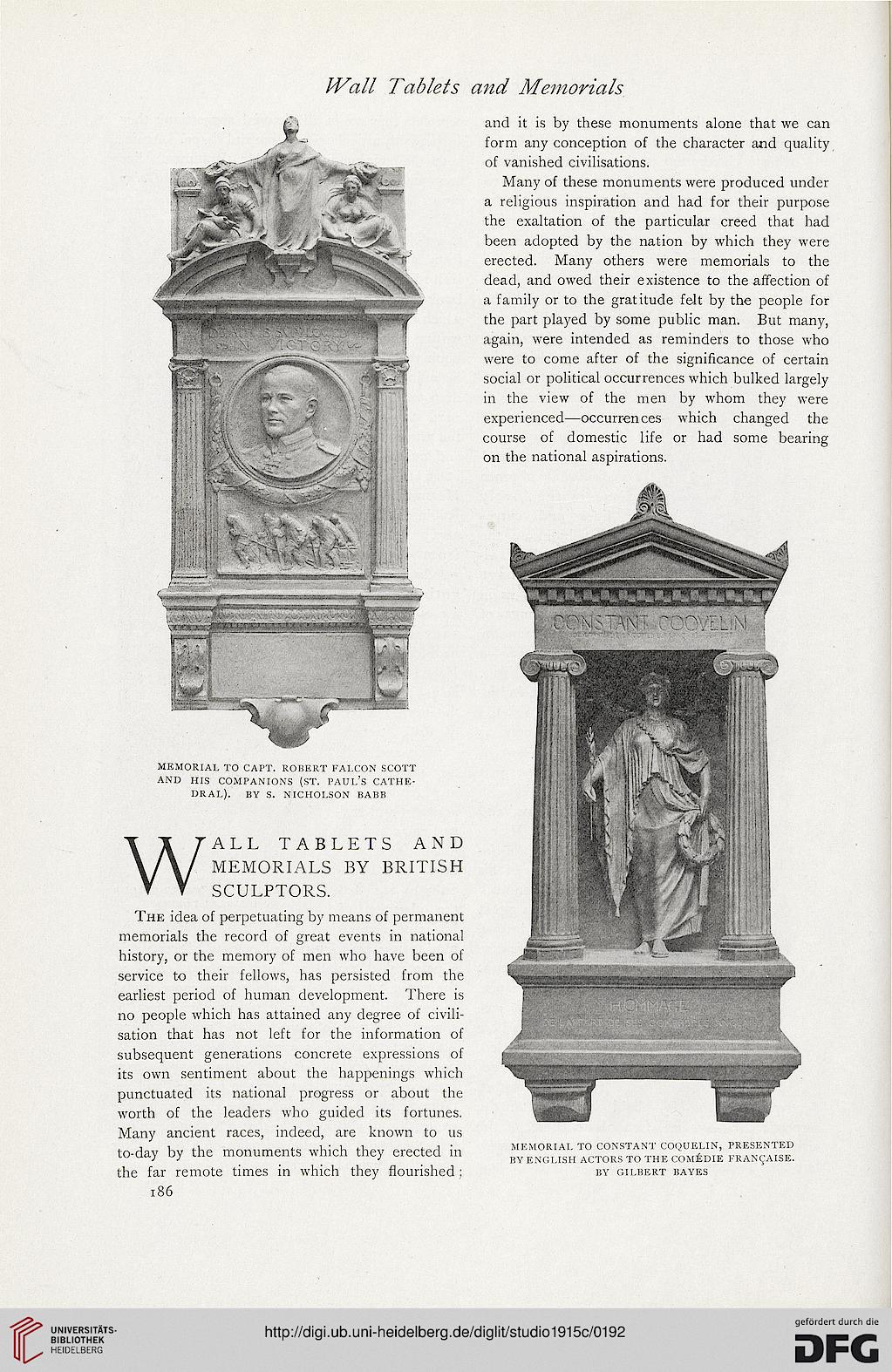 The idea of perpetuating by means of permanent
memorials the record of great events in national
history, or the memory of men who have been of
service to their fellows, has persisted from the
earliest period of human development. There is
no people which has attained any degree of civili-
sation that has not left for the information of
subsequent generations concrete expressions of
its own sentiment about the happenings which
punctuated its national progress or about the
worth of the leaders who guided its fortunes.
Many ancient races, indeed, are known to us
to-day by the monuments which they erected in
the far remote times in which they flourished :
186

and it is by these monuments alone that we can
form any conception of the character and quality
of vanished civilisations.

Many of these monuments were produced under
a religious inspiration and had for their purpose
the exaltation of the particular creed that had
been adopted by the nation by which they were
erected. Many others were memorials to the
dead, and owed their existence to the affection of
a family or to the gratitude felt by the people for
the part played by some public man. But many,
again, were intended as reminders to those who
were to come after of the significance of certain
social or political occurrences which bulked largely
in the view of the men by whom they were
experienced—occurrences which changed the
course of domestic life or had some bearing
on the national aspirations.

MEMORIAL TO CONSTANT COQUELIN, PRESENTED
BY ENGLISH ACTORS TO THE COM^DIE FRANfJAISE.
BY GILBERT BAYES