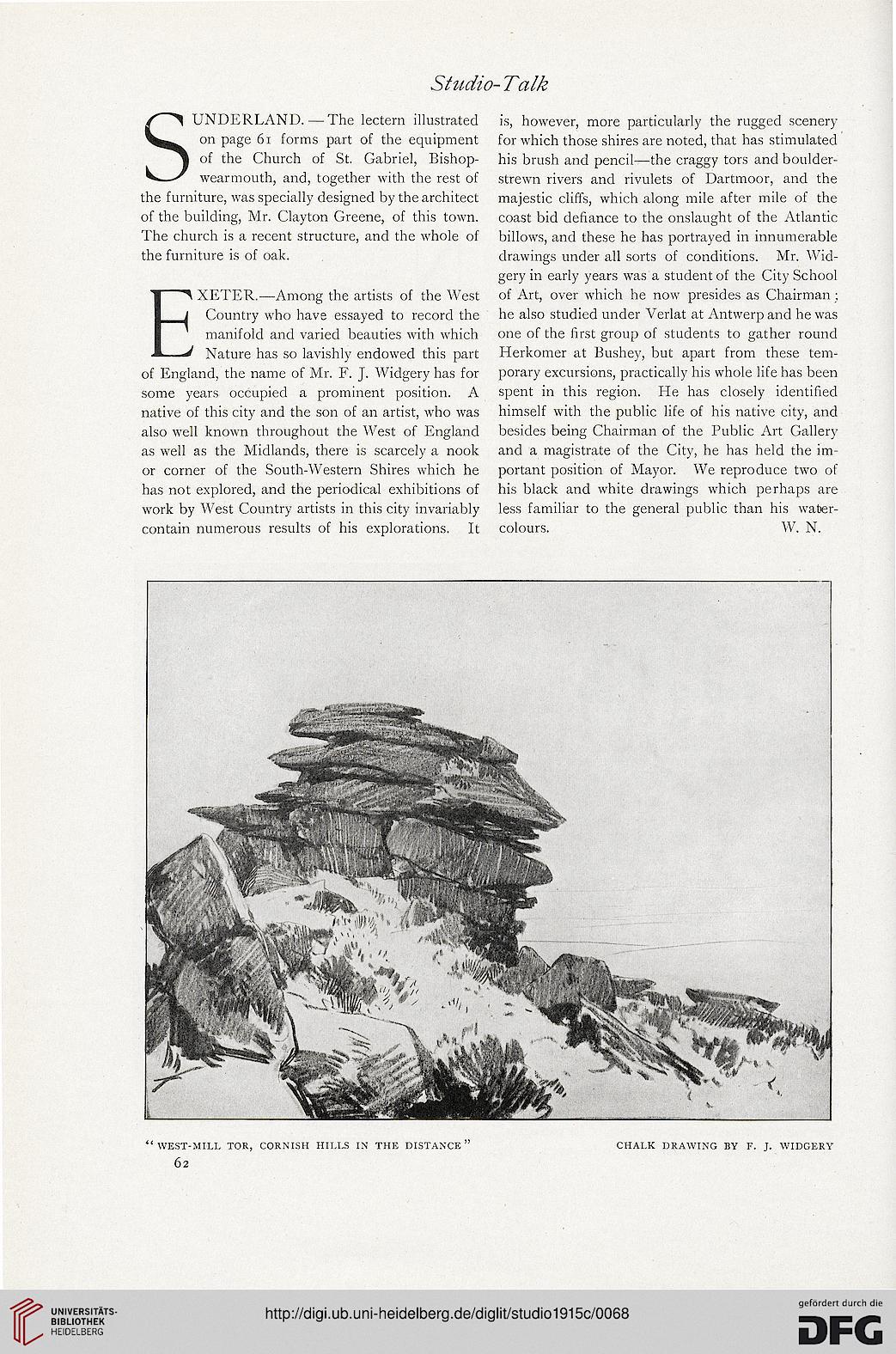 UNDERLAND. — The lectern illustrated
on page 61 forms part of the equipment
of the Church of St. Gabriel, Bishop-
wearmouth, and, together with the rest of
the furniture, was specially designed by the architect
of the building, Mr. Clayton Greene, of this town.
The church is a recent structure, and the whole of
the furniture is of oak.

EXETER.—Among the artists of the West
Country who have essayed to record the
manifold and varied beauties with which
Nature has so lavishly endowed this part
of England, the name of Mr. F. J. Widgery has for
some years occupied a prominent position. A
native of this city and the son of an artist, who was
also well known throughout the West of England
as well as the Midlands, there is scarcely a nook
or corner of the South-Western Shires which he
has not explored, and the periodical exhibitions of
work by West Country artists in this city invariably
contain numerous results of his explorations. It

is, however, more particularly the rugged scenery
for which those shires are noted, that has stimulated
his brush and pencil—the craggy tors and boulder-
strewn rivers and rivulets of Dartmoor, and the
majestic cliffs, which along mile after mile of the
coast bid defiance to the onslaught of the Atlantic
billows, and these he has portrayed in innumerable
drawings under all sorts of conditions. Mr. Wid-
gery in early years was a student of the City School
of Art, over which he now presides as Chairman ;
he also studied under Verlat at Antwerp and he was
one of the first group of students to gather round
Herkomer at Bushey, but apart from these tem-
porary excursions, practically his whole life has been
spent in this region. He has closely identified
himself with the public life of his native city, and
besides being Chairman of the Public Art Gallery
and a magistrate of the City, he has held the im-
portant position of Mayor. We reproduce two of
his black and white drawings which perhaps are
less familiar to the general public than his water-
colours. W. N.