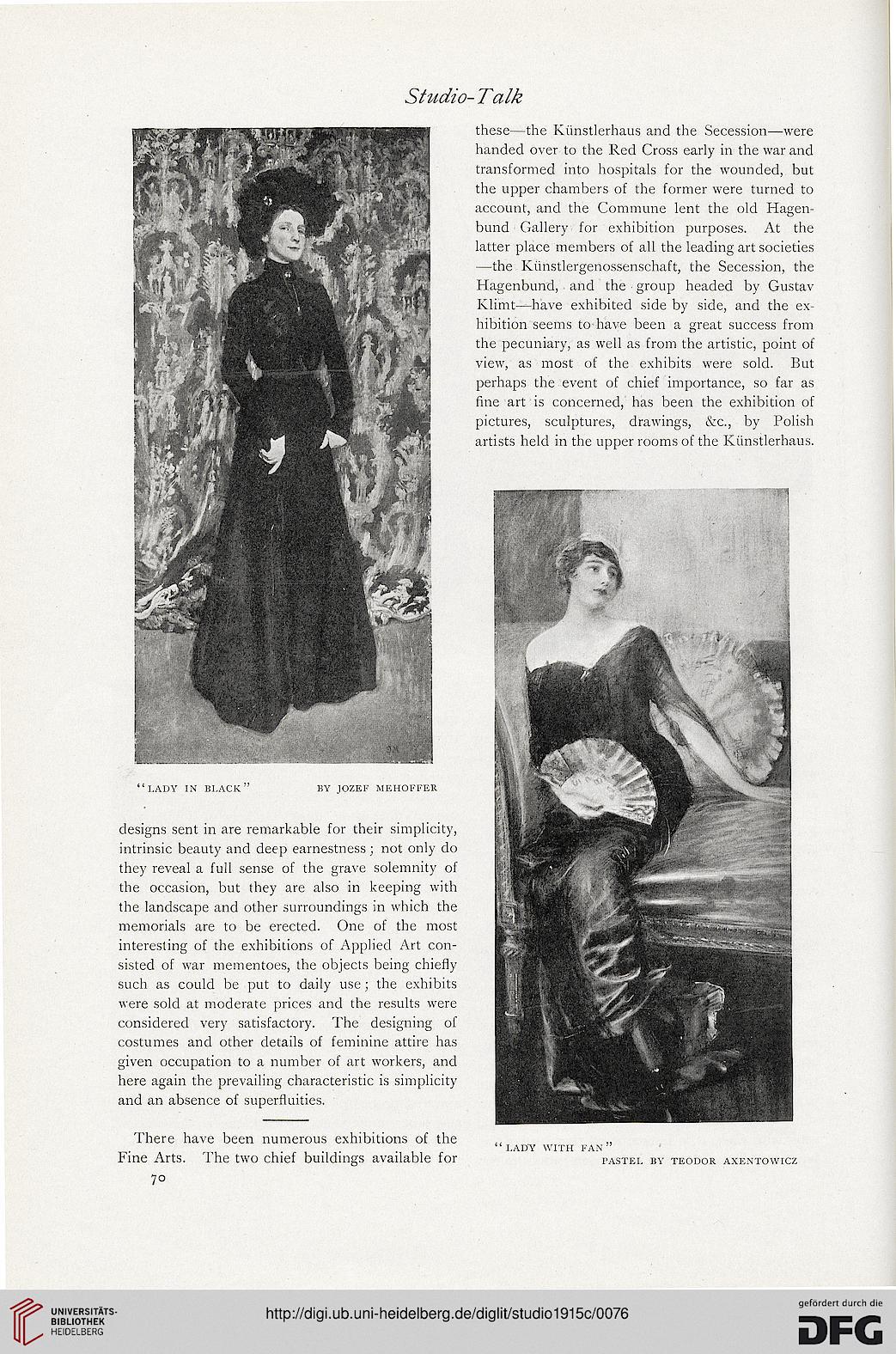 designs sent in are remarkable for their simplicity,
intrinsic beauty and deep earnestness ; not only do
they reveal a full sense of the grave solemnity of
the occasion, but they are also in keeping with
the landscape and other surroundings in which the
memorials are to be erected. One of the most
interesting of the exhibitions of Applied Art con-
sisted of war mementoes, the objects being chiefly
such as could be put to daily use; the exhibits
were sold at moderate prices and the results were
considered very satisfactory. The designing of
costumes and other details of feminine attire has
given occupation to a number of art workers, and
here again the prevailing characteristic is simplicity
and an absence of superfluities.

There have been numerous exhibitions of the
Fine Arts. The two chief buildings available for
70

these—the Kiinstlerhaus and the Secession—were
handed over to the Red Cross early in the war and
transformed into hospitals for the wounded, but
the upper chambers of the former were turned to
account, and the Commune lent the old Hagen-
bund Gallery for exhibition purposes. At the
latter place members of all the leading art societies
—the Kiinstlergenossenschaft, the Secession, the
Hagenbund, and the group headed by Gustav
Klimt—have exhibited side by side, and the ex-
hibition seems to-have been a great success from
the pecuniary, as well as from the artistic, point of
view, as most of the exhibits were sold. But
perhaps the event of chief importance, so far as
fine art is concerned, has been the exhibition of
pictures, sculptures, drawings, &c., by Polish
artists held in the upper rooms of the Kiinstlerhaus.