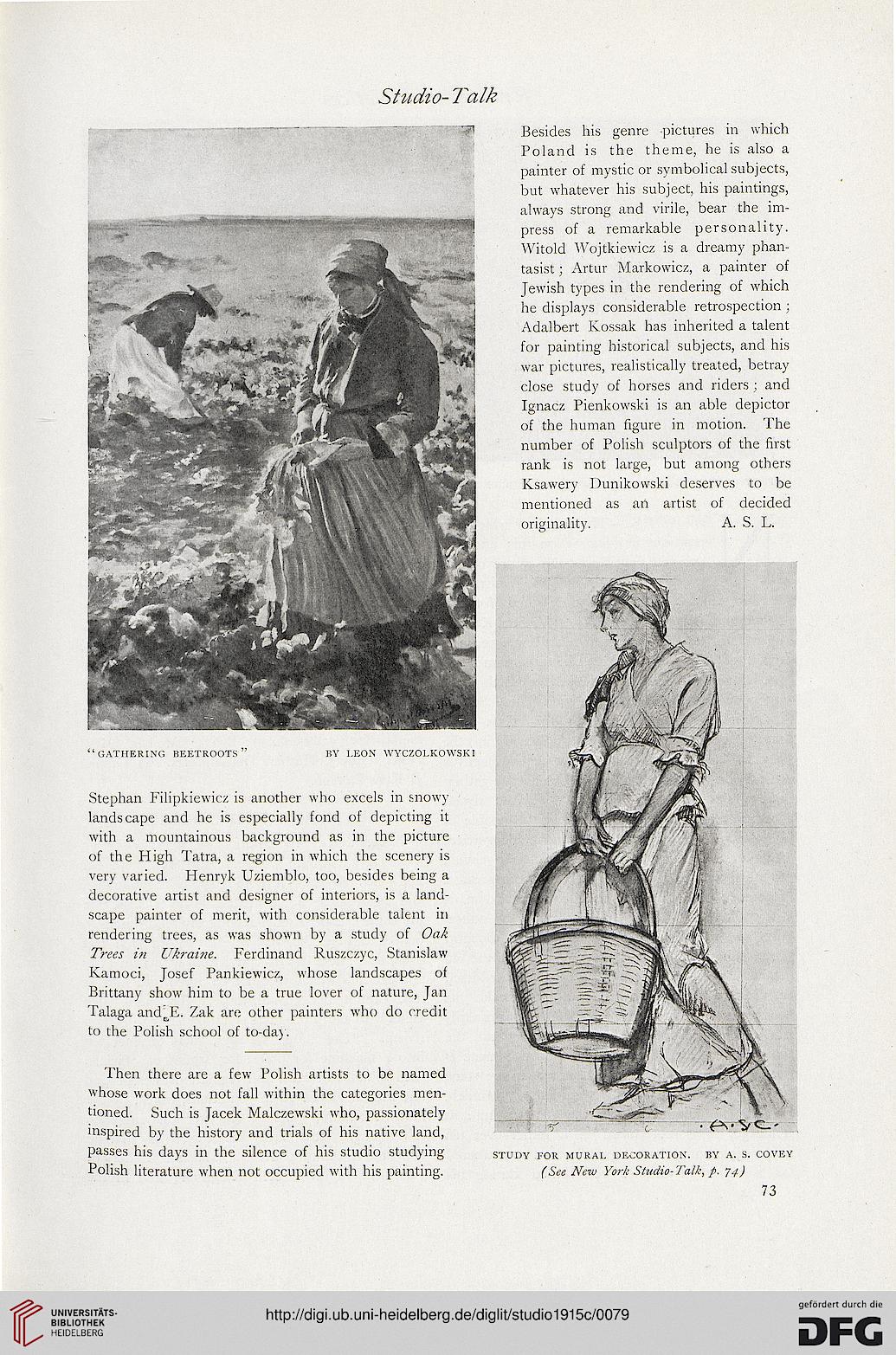 Stephan Filipkiewicz is another who excels in snowy
landscape and he is especially fond of depicting it
with a mountainous background as in the picture
of the High Tatra, a region in which the scenery is
very varied. Henryk Uziemblo, too, besides being a
decorative artist and designer of interiors, is a land-
scape painter of merit, with considerable talent in
rendering trees, as was shown by a study of Oak
Trees in Ukraine. Ferdinand Ruszczyc, Stanislaw
Kamoci, Josef Pankiewicz, whose landscapes of
Brittany show him to be a true lover of nature, Jan
Talaga andGE. Zak are other painters who do credit
to the Polish school of to-day.

Then there are a few Polish artists to be named
whose work does not fall within the categories men-
tioned. Such is Jacek Malczewski who, passionately
inspired by the history and trials of his native land,
passes his days in the silence of his studio studying
Polish literature when not occupied with his painting.

Besides his genre pictures in which
Poland is the theme, he is also a
painter of mystic or symbolical subjects,
but whatever his subject, his paintings,
always strong and virile, bear the im-
press of a remarkable personality.
Witold Wojtkiewicz is a dreamy phan-
tasist; Artur Markowicz, a painter of
Jewish types in the rendering of which
he displays considerable retrospection ;
Adalbert Kossak has inherited a talent
for painting historical subjects, and his
war pictures, realistically treated, betray
close study of horses and riders; and
Ignacz Pienkowski is an able depictor
of the human figure in motion. The
number of Polish sculptors of the first
rank is not large, but among others
Ksawery Dunikowski deserves to be
mentioned as ail artist of decided
originality. A. S. L.