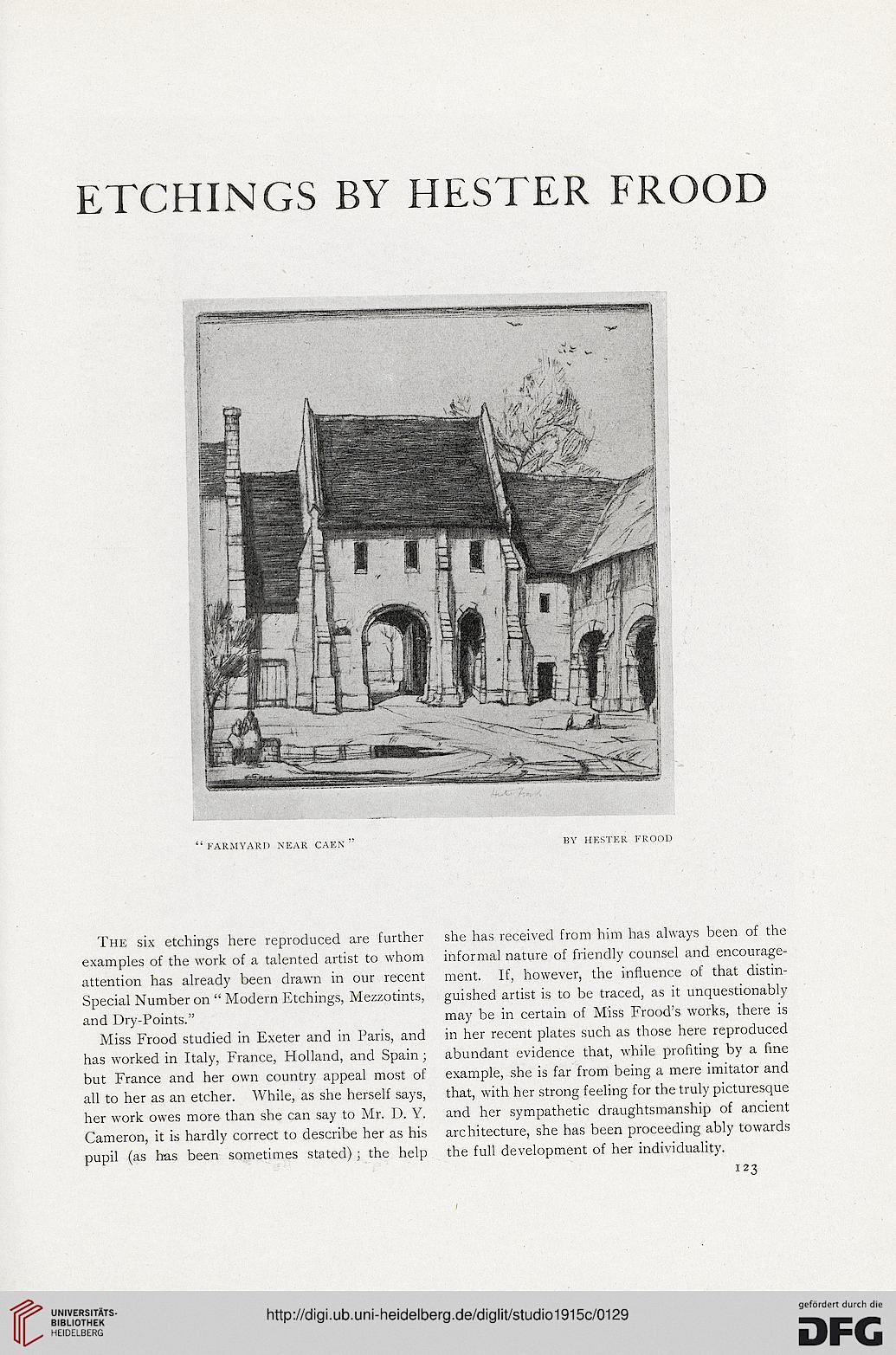 The six etchings here reproduced are further
examples of the work of a talented artist to whom
attention has already been drawn in our recent
Special Number on “ Modern Etchings, Mezzotints,
and Dry-Points.”

Miss Frood studied in Exeter and in Paris, and
has worked in Italy, France, Holland, and Spain;
but France and her own country appeal most of
all to her as an etcher. While, as she herself says,
her work owes more than she can say to Mr. D. Y.
Cameron, it is hardly correct to describe her as his
pupil (as has been sometimes stated); the help

she has received from him has always been of the
informal nature of friendly counsel and encourage-
ment. If, however, the influence of that distin-
guished artist is to be traced, as it unquestionably
may be in certain of Miss Frood’s works, there is
in her recent plates such as those here reproduced
abundant evidence that, while profiting by a fine
example, she is far from being a mere imitator and
that, with her strong feeling for the truly picturesque
and her sympathetic draughtsmanship of ancient
architecture, she has been proceeding ably towards
the full development of her individuality.