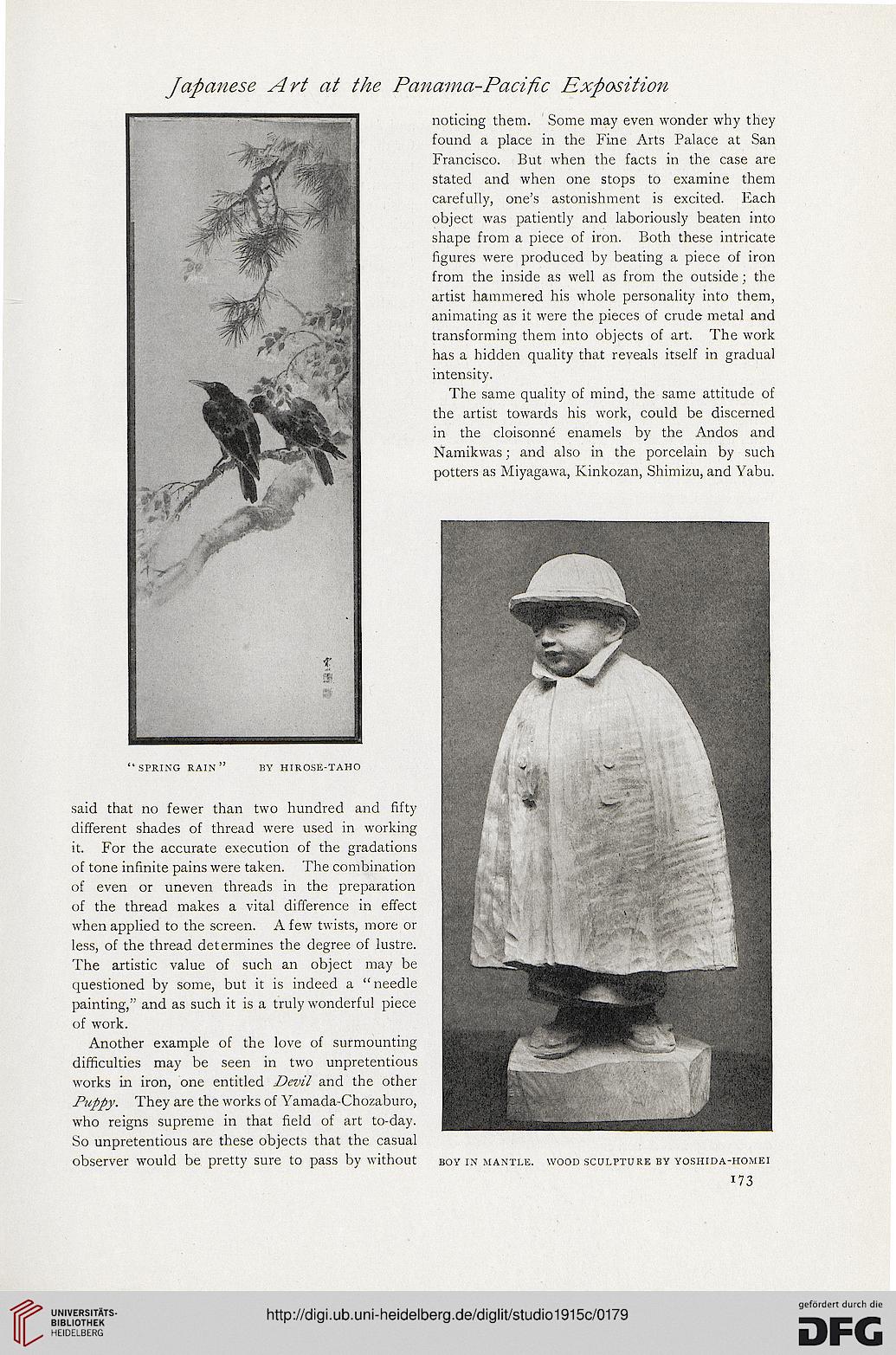 Information about OCR text
Japanese Art at the Panama-Pacific Exposition

said that no fewer than two hundred and fifty
different shades of thread were used in working
it. For the accurate execution of the gradations
of tone infinite pains were taken. The combination
of even or uneven threads in the preparation
of the thread makes a vital difference in effect
when applied to the screen. A few twists, more or
less, of the thread determines the degree of lustre.
The artistic value of such an object may be
questioned by some, but it is indeed a “ needle
painting,” and as such it is a truly wonderful piece
of work.

Another example of the love of surmounting
difficulties may be seen in two unpretentious
works in iron, one entitled Devil and the other
Puppy. They are the works of Yamada-Chozaburo,
who reigns supreme in that field of art to-day.
So unpretentious are these objects that the casual
observer would be pretty sure to pass by without

noticing them. Some may even wonder why they
found a place in the Fine Arts Palace at San
Francisco. But when the facts in the case are
stated and when one stops to examine them
carefully, one’s astonishment is excited. Each
object was patiently and laboriously beaten into
shape from a piece of iron. Both these intricate
figures were produced by beating a piece of iron
from the inside as well as from the outside; the
artist hammered his whole personality into them,
animating as it were the pieces of crude metal and
transforming them into objects of art. The work
has a hidden quality that reveals itself in gradual
intensity.

The same quality of mind, the same attitude of
the artist towards his work, could be discerned
in the cloisonne enamels by the Andos and
Namikwas; and also in the porcelain by such
potters as Miyagawa, Kinkozan, Shimizu, and Yabu.