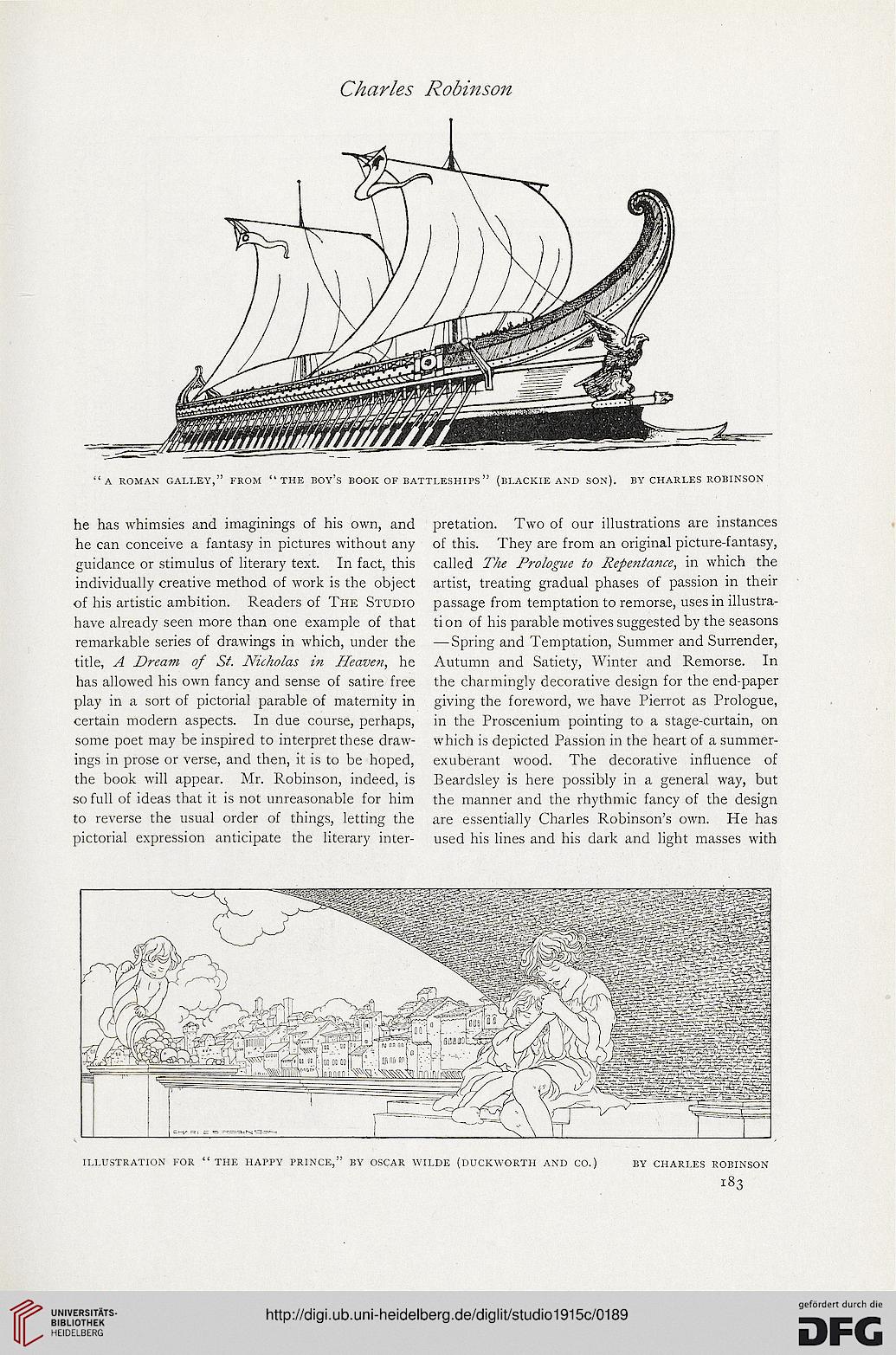 he has whimsies and imaginings of his own, and
he can conceive a fantasy in pictures without any
guidance or stimulus of literary text. In fact, this
individually creative method of work is the object
of his artistic ambition. Readers of The Studio
have already seen more than one example of that
remarkable series of drawings in which, under the
title, A Dream of St. Nicholas in Heaven, he
has allowed his own fancy and sense of satire free
play in a sort of pictorial parable of maternity in
certain modern aspects. In due course, perhaps,
some poet may be inspired to interpret these draw-
ings in prose or verse, and then, it is to be hoped,
the book will appear. Mr. Robinson, indeed, is
so full of ideas that it is not unreasonable for him
to reverse the usual order of things, letting the
pictorial expression anticipate the literary inter-

pretation. Two of our illustrations are instances
of this. They are from an original picture-fantasy,
called The Prologue to Repentance, in which the
artist, treating gradual phases of passion in their
passage from temptation to remorse, uses in illustra-
ti on of his parable motives suggested by the seasons
—Spring and Temptation, Summer and Surrender,
Autumn and Satiety, Winter and Remorse. In
the charmingly decorative design for the end-paper
giving the foreword, we have Pierrot as Prologue,
in the Proscenium pointing to a stage-curtain, on
which is depicted Passion in the heart of a summer-
exuberant wood. The decorative influence of
Beardsley is here possibly in a general way, but
the manner and the rhythmic fancy of the design
are essentially Charles Robinson’s own. He has
used his lines and his dark and light masses with

ILLUSTRATION FOR “ THE HAPPY PRINCE,” BY OSCAR WILDE (DUCKWORTH AND CO.)