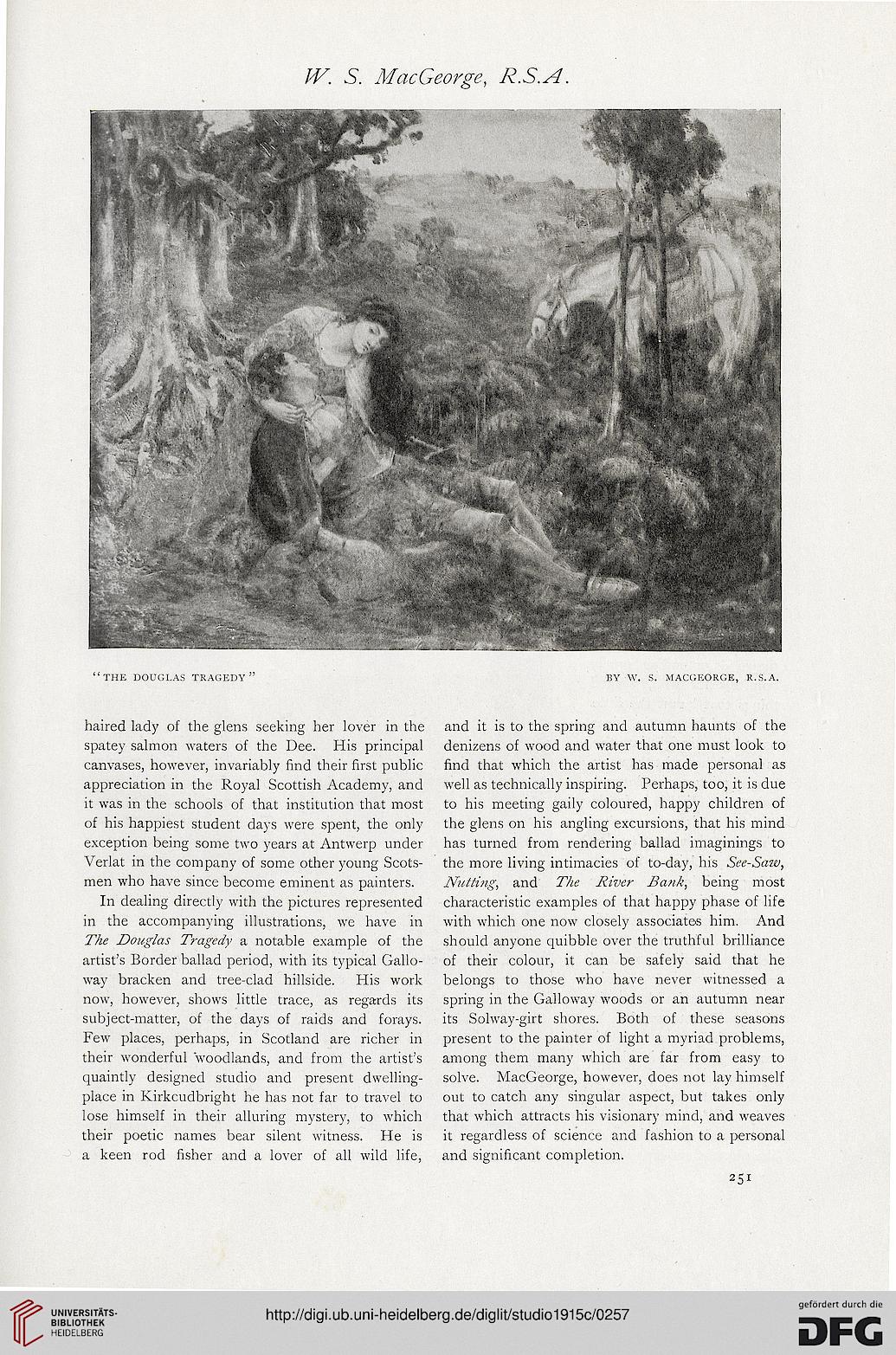 haired lady of the glens seeking her lover in the
spatey salmon waters of the Dee. His principal
canvases, however, invariably find their first public
appreciation in the Royal Scottish Academy, and
it was in the schools of that institution that most
of his happiest student days were spent, the only
exception being some two years at Antwerp under
Verlat in the company of some other young Scots-
men who have since become eminent as painters.

In dealing directly with the pictures represented
in the accompanying illustrations, we have in
The Douglas Tragedy a notable example of the
artist’s Border ballad period, with its typical Gallo-
way bracken and tree-clad hillside. His work
now, however, shows little trace, as regards its
subject-matter, of the days of raids and forays.
Few places, perhaps, in Scotland are richer in
their wonderful woodlands, and from the artist’s
quaintly designed studio and present dwelling-
place in Kirkcudbright he has not far to travel to
lose himself in their alluring mystery, to which
their poetic names bear silent witness. He is
a keen rod fisher and a lover of all wild life,

and it is to the spring and autumn haunts of the
denizens of wood and water that one must look to
find that which the artist has made personal as
well as technically inspiring. Perhaps, too, it is due
to his meeting gaily coloured, happy children of
the glens on his angling excursions, that his mind
has turned from rendering ballad imaginings to
the more living intimacies of to-day, his See-Saw,
Nutting, and The River Bank, being most
characteristic examples of that happy phase of life
with which one now closely associates him. And
should anyone quibble over the truthful brilliance
of their colour, it can be safely said that he
belongs to those who have never witnessed a
spring in the Galloway woods or an autumn near
its Solway-girt shores. Both of these seasons
present to the painter of light a myriad problems,
among them many which are far from easy to
solve. MacGeorge, however, does not lay himself
out to catch any singular aspect, but takes only
that which attracts his visionary mind, and weaves
it regardless of science and fashion to a personal
and significant completion.