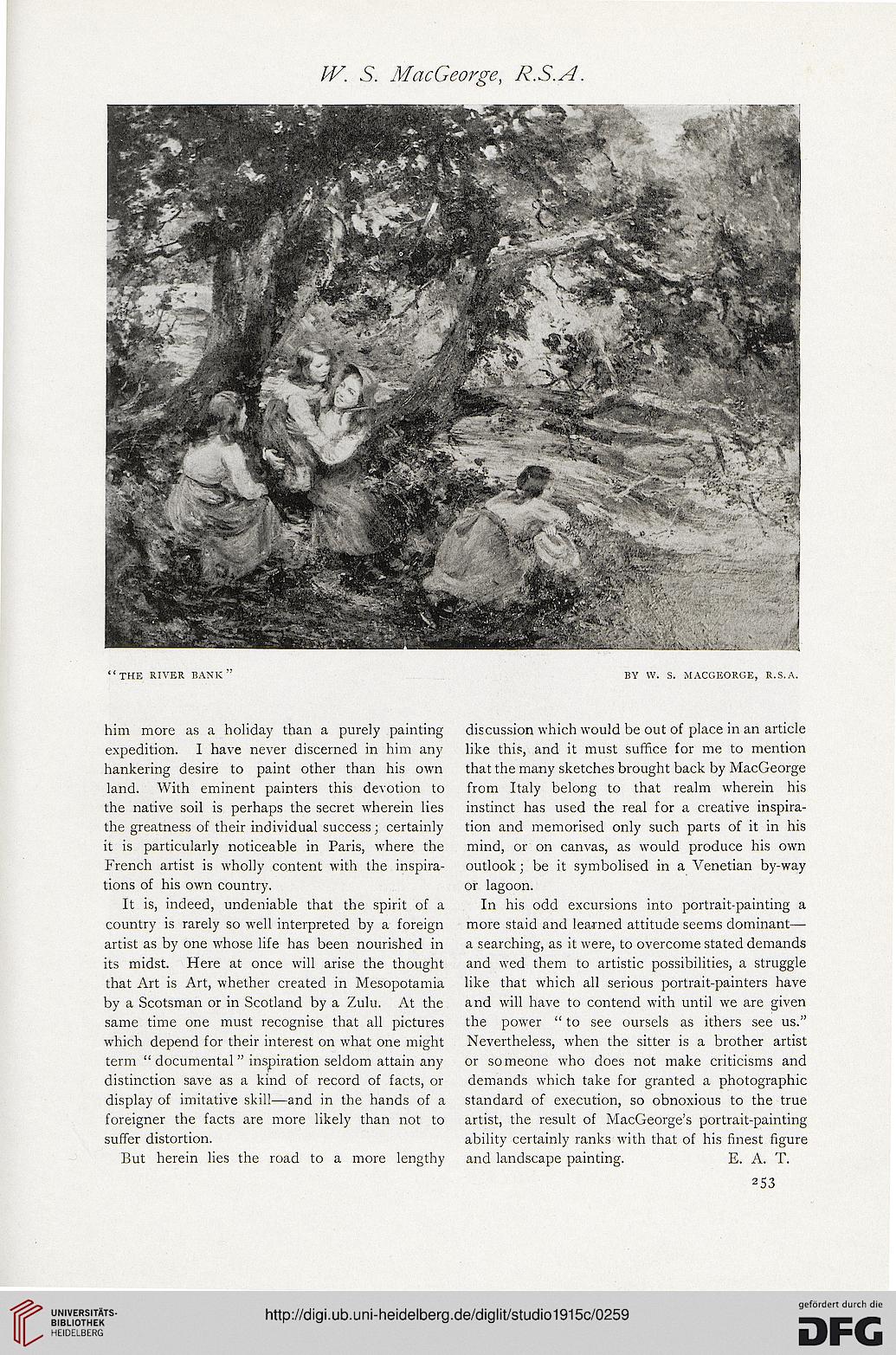 him more as a holiday than a purely painting
expedition. I have never discerned in him any
hankering desire to paint other than his own
land. With eminent painters this devotion to
the native soil is perhaps the secret wherein lies
the greatness of their individual success; certainly
it is particularly noticeable in Paris, where the
French artist is wholly content with the inspira-
tions of his own country.

It is, indeed, undeniable that the spirit of a
country is rarely so well interpreted by a foreign
artist as by one whose life has been nourished in
its midst. Here at once will arise the thought
that Art is Art, whether created in Mesopotamia
by a Scotsman or in Scotland by a Zulu. At the
same time one must recognise that all pictures
which depend for their interest on what one might
term “ documental ” inspiration seldom attain any
distinction save as a kind of record of facts, or
display of imitative skill—and in the hands of a
foreigner the facts are more likely than not to
suffer distortion.

But herein lies the road to a more lengthy

discussion which would be out of place in an article
like this, and it must suffice for me to mention
that the many sketches brought back by MacGeorge
from Italy belong to that realm wherein his
instinct has used the real for a creative inspira-
tion and memorised only such parts of it in his
mind, or on canvas, as would produce his own
outlook; be it symbolised in a Venetian by-way
or lagoon.

In his odd excursions into portrait-painting a
more staid and learned attitude seems dominant—
a searching, as it were, to overcome stated demands
and wed them to artistic possibilities, a struggle
like that which all serious portrait-painters have
and will have to contend with until we are given
the power “ to see oursels as ithers see us.”
Nevertheless, when the sitter is a brother artist
or someone who does not make criticisms and
demands which take for granted a photographic
standard of execution, so obnoxious to the true
artist, the result of MacGeorge’s portrait-painting
ability certainly ranks with that of his finest figure
and landscape painting. E. A. T.