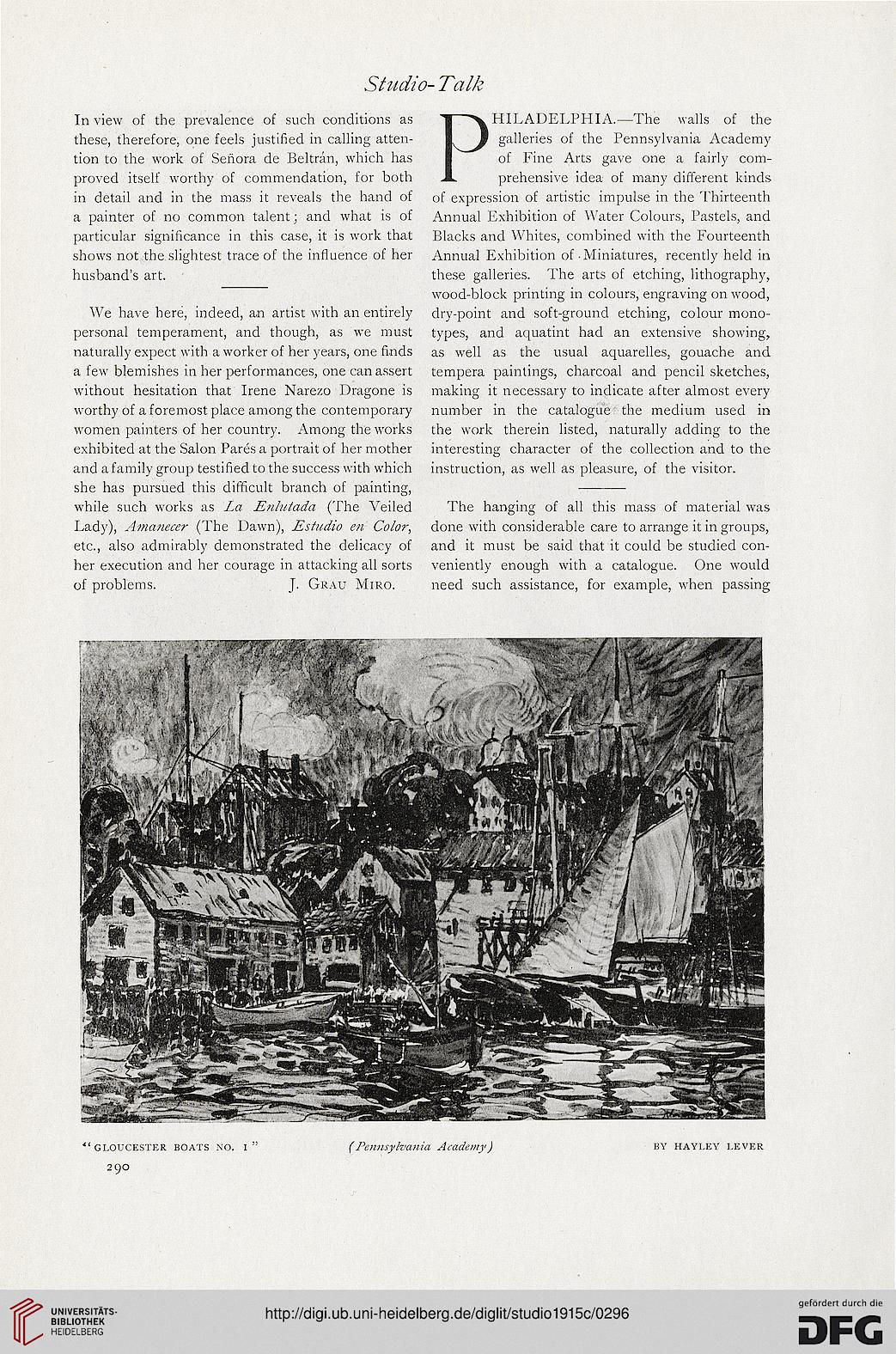 In view of the prevalence of such conditions as
these, therefore, one feels justified in calling atten-
tion to the work of Senora de Beltran, which has
proved itself worthy of commendation, for both
in detail and in the mass it reveals the hand of
a painter of no common talent; and what is of
particular significance in this case, it is work that
shows not the. slightest trace of the influence of her
husband’s art.

We have here, indeed, an artist with an entirely
personal temperament, and though, as we must
naturally expect with a worker of her years, one finds
a few blemishes in her performances, one can assert
without hesitation that Irene Narezo Dragone is
worthy of a foremost place among the contemporary
women painters of her country. Among the works
exhibited at the Salon Pares a portrait of her mother
and a family group testified to the success with which
she has pursued this difficult branch of painting,
while such works as La Enlutada (The Veiled
Lady), Ainanecer (The Dawn), Estudio en Color,
etc., also admirably demonstrated the delicacy of
her execution and her courage in attacking all sorts
of problems. J. Grau Miro.

HILADELPHIA.—The walls of the
galleries of the Pennsylvania Academy
of Fine Arts gave one a fairly com-
prehensive idea of many different kinds
of expression of artistic impulse in the Thirteenth
Annual Exhibition of Water Colours, Pastels, and
Blacks and Whites, combined with the Fourteenth
Annual Exhibition of-Miniatures, recently held in
these galleries. The arts of etching, lithography,
wood-block printing in colours, engraving on wood,
dry-point and soft-ground etching, colour mono-
types, and aquatint had an extensive showing,
as well as the usual aquarelles, gouache and
tempera paintings, charcoal and pencil sketches,
making it necessary to indicate after almost every
number in the catalogue the medium used in
the work therein listed, naturally adding to the
interesting character of the collection and to the
instruction, as well as pleasure, of the visitor.

The hanging of all this mass of material was
done with considerable care to arrange it in groups,
and it must be said that it could be studied con-
veniently enough with a catalogue. One would
need such assistance, for example, when passing


“GLOUCESTER BOATS NO. i”