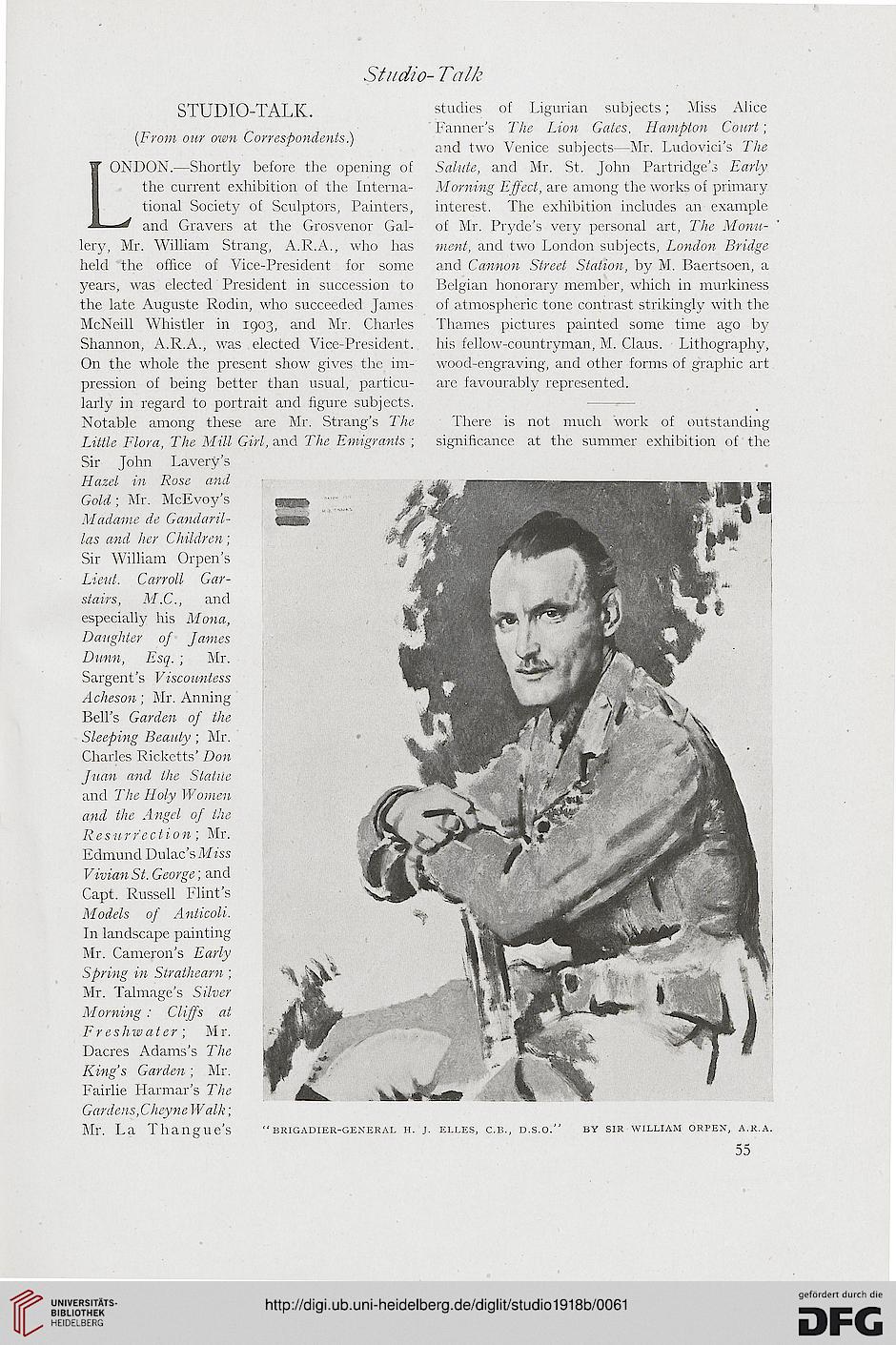 (From our own Correspondents.

tONDON.—Shortly before the opening of Salute, and Mr. St. John Partridge's Early

the current exhibition of the Interna- Morning Effect, are among the works of primary

—' and Gravers at the Grosvenor Gal- of Mr. Pryde's very personal art, The Monu-

held the office of Vice-President for some and Cannon Street Station, by M. Baertsoen, a

years, was elected President in succession to Belgian honorary member, which in murkiness

the late Auguste Rodin, who succeeded James of atmospheric tone contrast strikingly with the

McNeill Whistler in 1903, and Mr. Charles Thames pictures painted some time ago by

On the whole the present show gives the im- wood-engraving, and other forms of graphic art

pression of being better than usual, particu- arc favourably represented,
larly in regard to portrait and figure subjects.

Notable among these are Mr. Strang's The There is not much work of outstanding

Little Flora, The Mill Girl, and The Emigrants ; significance at the summer exhibition of the
Sir John Lavery's