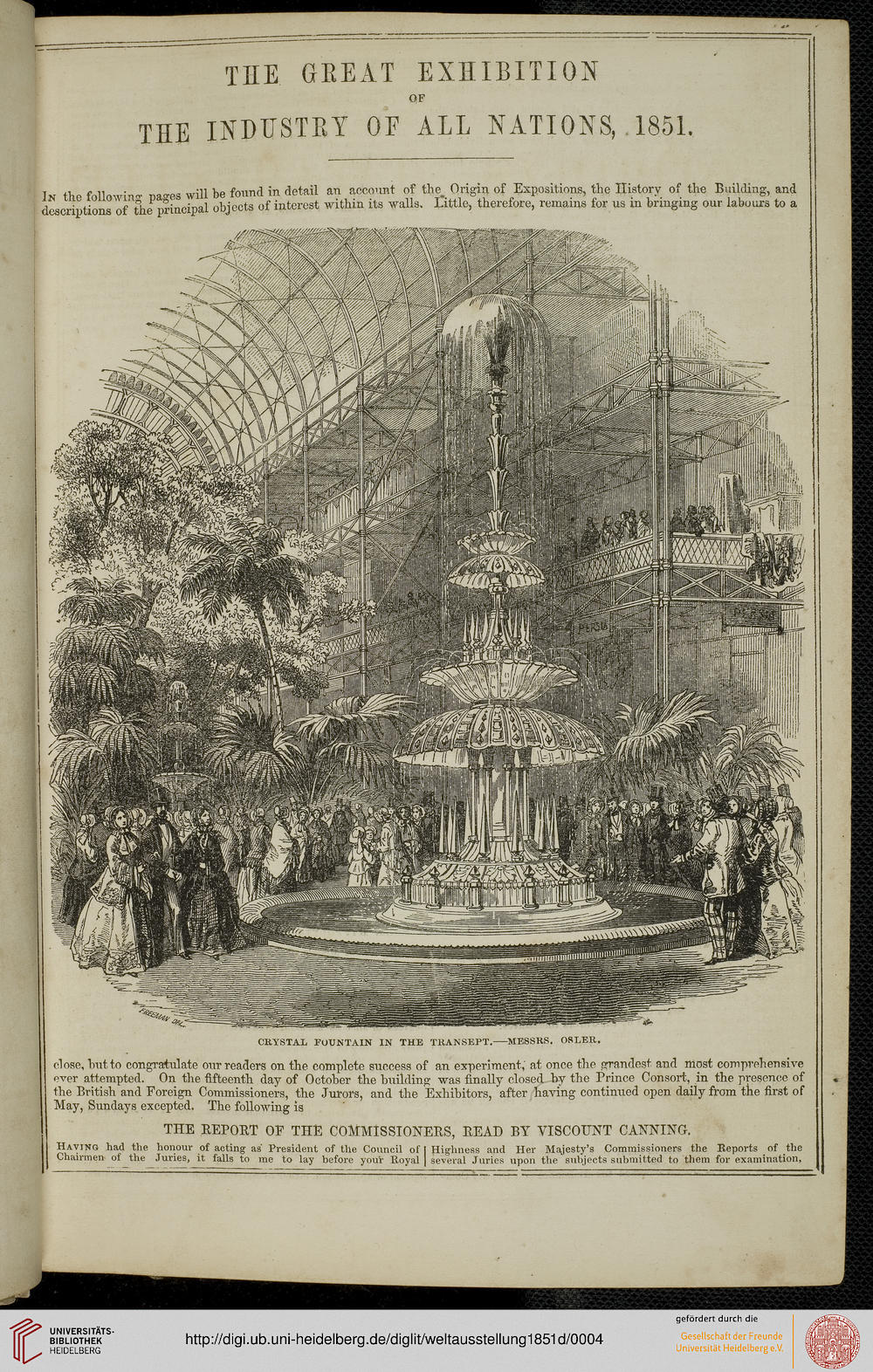 In the follcnvin- -na^es will be found in detail an account of the^ Origin of Expositions, the History of the Building, and
descriptions of the principal objects of interest within its walls. Little, therefore, remains for us m bringing our labours to a

CRYSTAL FOUNTAIN IN THE TRANSEPT.----MESSRS. OSLER.

close, but to congratulate our readers on the complete success of an experiment, at once the grandest and most comprehensive
ever attempted. On the fifteenth day of October the building was finally closed by the Prince Consort, in the presence of
the British and Foreign Commissioners, the Jurors, and the Exhibitors, after having continued open daily from the first of
May, Sundays excepted. The following is

THE REPORT OE THE COMMISSIONERS, READ BY VISCOUNT CANNING.

Having had the honour of acting as President of the Council of I pighness and Her Majesty's Commissioners the Eeports of the
Chairmen of the Juries, it falls to me to lay before your Royal | several Juries upon the subjects submitted to them for examination,