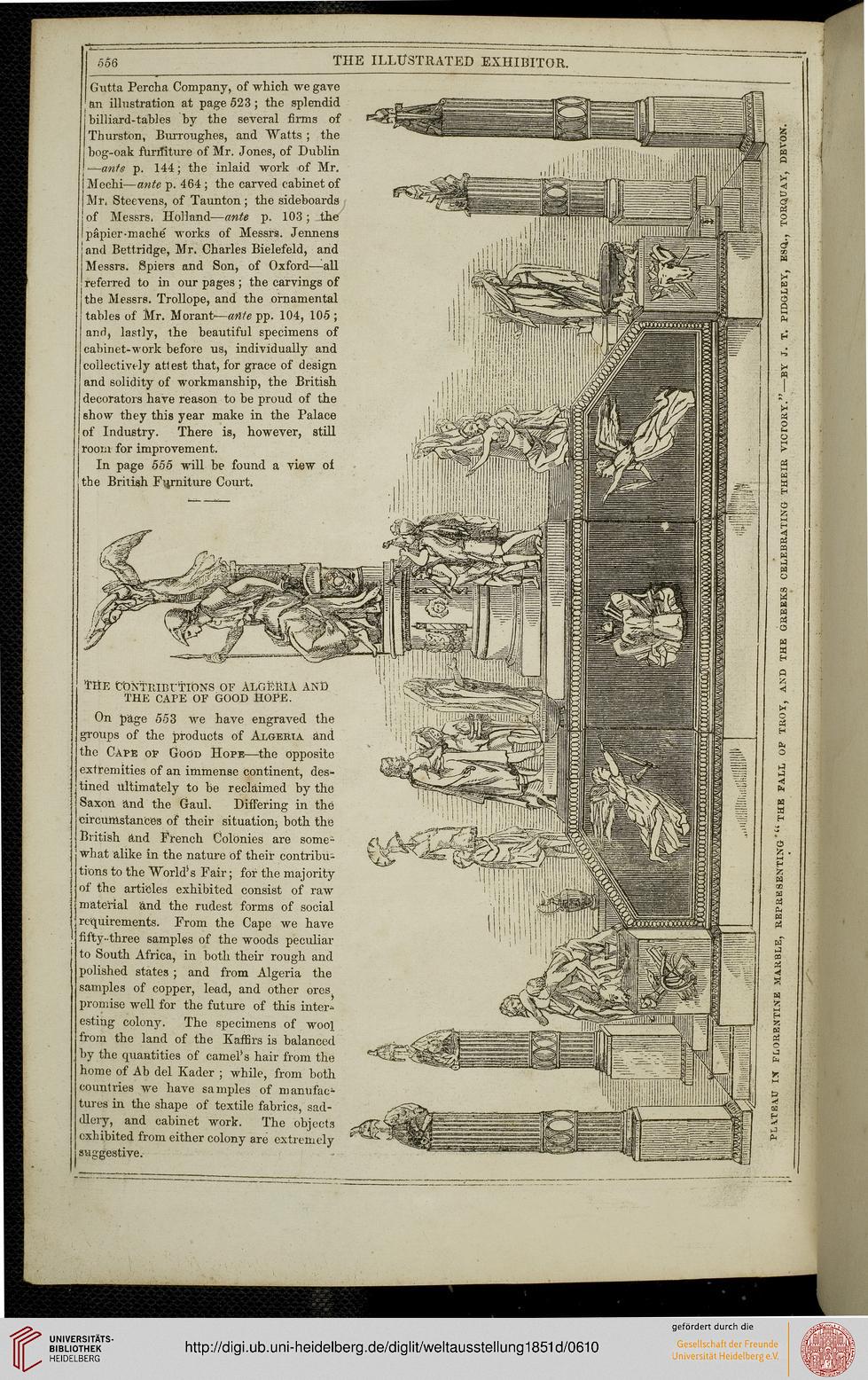 Gutta Percha Company, of which we gave

an illustration at page 523; the splendid

billiard-tables by the several firms of

Thurston, Burroughes, and "Watts ; the

Mechi—ante p. 464; the carved cabinet of

Mr, Steevens, of Taunton ; the sideboards

and Bettridge, Mr. Charles Bielefeld, and

Messrs. Spiers and Son, of Oxford—all

referred to in our pages ; the carvings of

the Messrs. Trollope, and the ornamental

anri, lastly, the beautiful specimens of

cabinet-work before us, individually and

collectively attest that, for grace of design

and solidity of workmanship, the British

decorators have reason to be proud of the

show they this year make in the Palace

of Industry. There is, however, still

In page 555 will be found a view of
the British Furniture Court.

THE CONTRIBUTIONS OF ALGERIA AND
THE CAPE OF GOOD HOPE.

On page 553 we have engraved the
groups of the products of Algeria and
the Cape op Good Hope—the Opposite
extremities of an immense continent, des-
tined ultimately to be reclaimed by the
Saxon and the Gaul. Differing in the
circumstances of their situation^ both the
British and French Colonies are some^-
what alike in the nature of their contribu-
tions to the "World*s Fair; for the majority
of the articles exhibited consist of raw
material and the rudest forms of social
requirements. From the Cape we have
fifty-three samples of the woods peculiar
to South Africa, in both their rough and
polished states ; and from Algeria the
samples of copper, lead, and other ores,
promise well for the future of this inter*
esting colony. The specimens of wool
from the land of the Kaffirs is balanced
by the quantities of camel's hair from the
home of Ab del Kader ; while, from both
countries we have samples of mannfac*
tures in the shape of textile fabrics, sad-
dlery, and cabinet work. The objects
exhibited from either colony are extremely
suggestive.