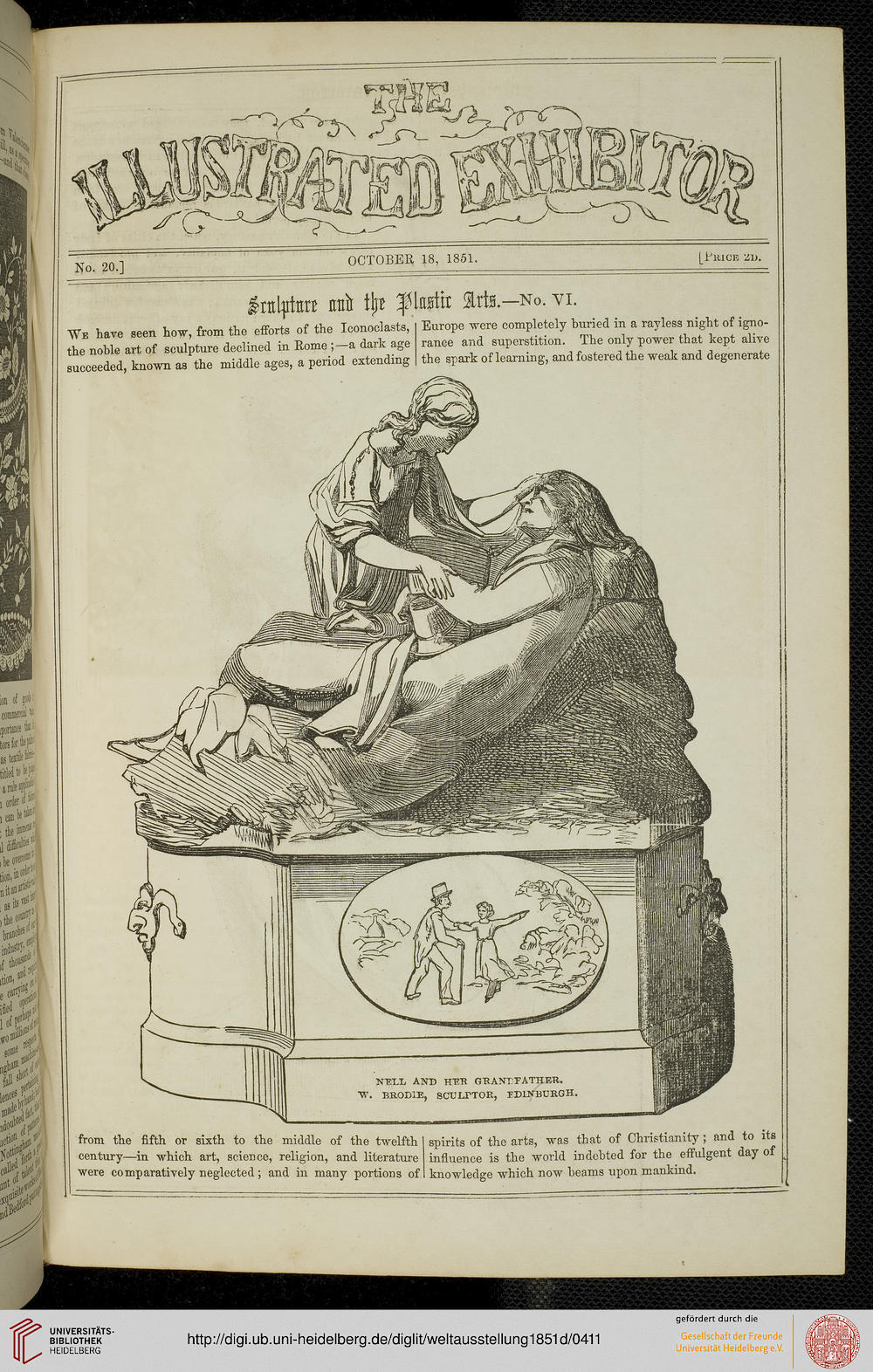 We have seen how, from the efforts of the Iconoclasts,
the nohle art of sculpture declined in Rome ;—a dark age
succeeded, known as the middle ages, a period extending

Europe were completely buried in a ray less night of igno-
rance and superstition. The only power that kept alive
the spark of learning, and fostered the weak and degenerate

from the fifth or sixth to the middle of the twelfth
century—in which art, science, religion, and literature
were comparatively neglected; and in many portions of

spirits of the arts, was that of Christianity ; and to its
influence is the world indebted for the effulgent day of
knowledge which now beams upon mankind.