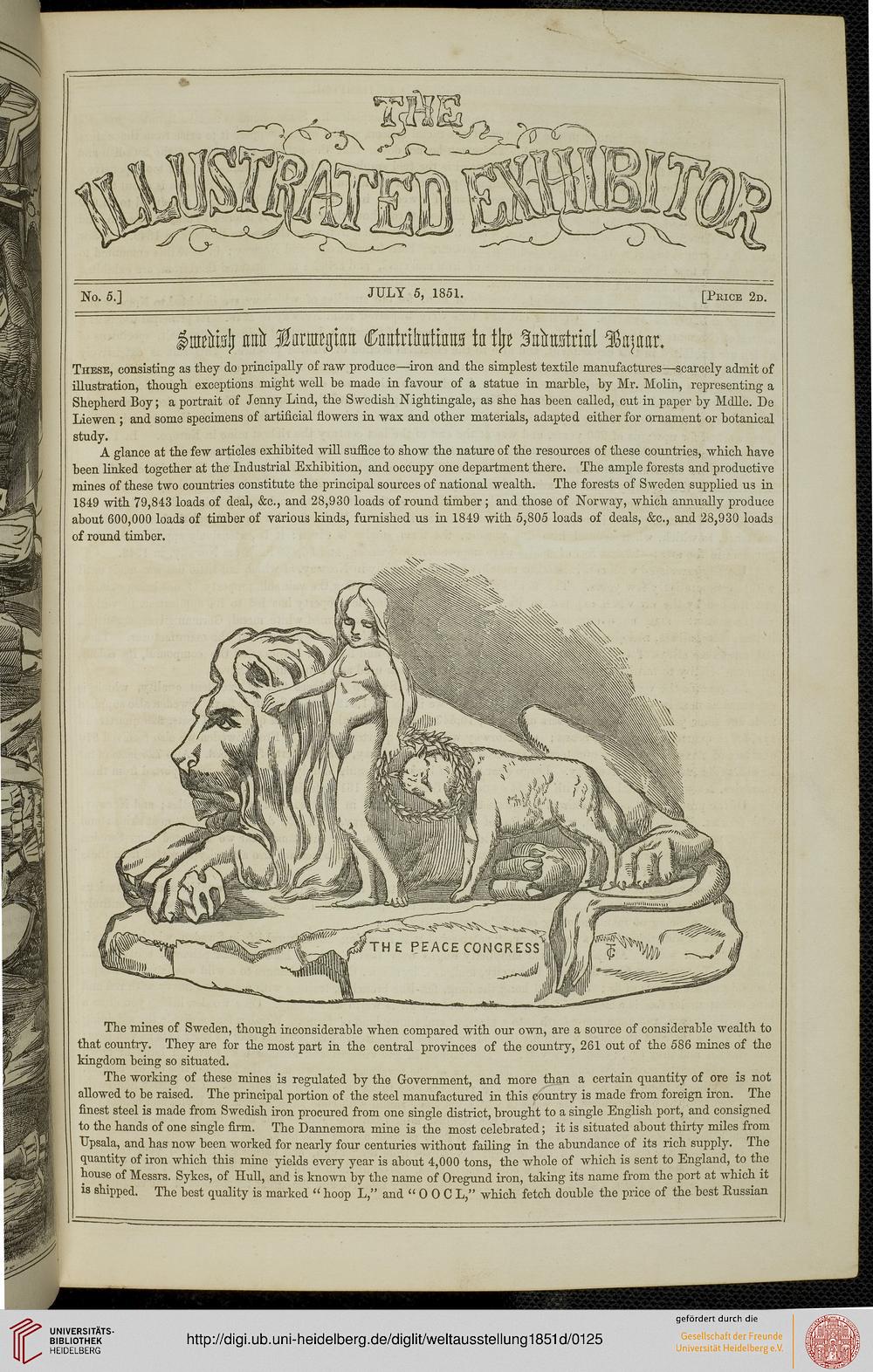 Information about OCR text
These consisting as they do principally of raw produce—iron and the simplest textile manufactures—scarcely admit of
illustration, though exceptions might well he made in favour of a statue in marble, by Mr. Molin, representing a
Shepherd Boy; a portrait of Jenny Lind, the Swedish Nightingale, as she has been called, cut-in paper by Mdlle. De
Lie wen ; and some specimens of artificial flowers in wax and other materials, adapted either for ornament or botanical

A glance at the few articles exhibited will suffice to show the nature of the resources of these countries, which have
been linked together at the Industrial Exhibition, and occupy one department there. The ample forests and productive
mines of these two countries constitute the principal sources of national wealth. The forests of Sweden supplied us in
1849 with 79,843 loads of deal, &c, and 28,930 loads of round timber ; and those of Norway, which annually produce
about 600,000 loads of timber of various kinds, furnished us in 1849 with 5,805 loads of deals, &c, and 28,930 loads
of round timber.

The mines of Sweden, though inconsiderable when compared with our own, are a source of considerable wealth to
that country. They are for the most part in the central provinces of the country, 261 out of the 586 mines of the
kingdom being so situated.

The working of these mines is regulated by the Government, and more than a certain quantity of ore is not
allowed to be raised. The principal portion of the steel manufactured in this country is made from foreign iron. The
finest steel is made from Swedish iron procured from one single district, brought to a single English port, and consigned
to the hands of one single firm. The Dannemora mine is the most celebrated; it is situated about thirty miles from
TJpsala, and has now been worked for nearly four centuries without failing in the abundance of its rich supply. The
quantity of iron which this mine yields every year is about 4,000 tons, the whole of which is sent to England, to the
house of Messrs. Sykes, of Hull, and is known by the name of Oregund iron, taking its name from the port at which it
is shipped. The best quality is marked " hoop L," and " O O C L," which fetch double the price of the best Eussian