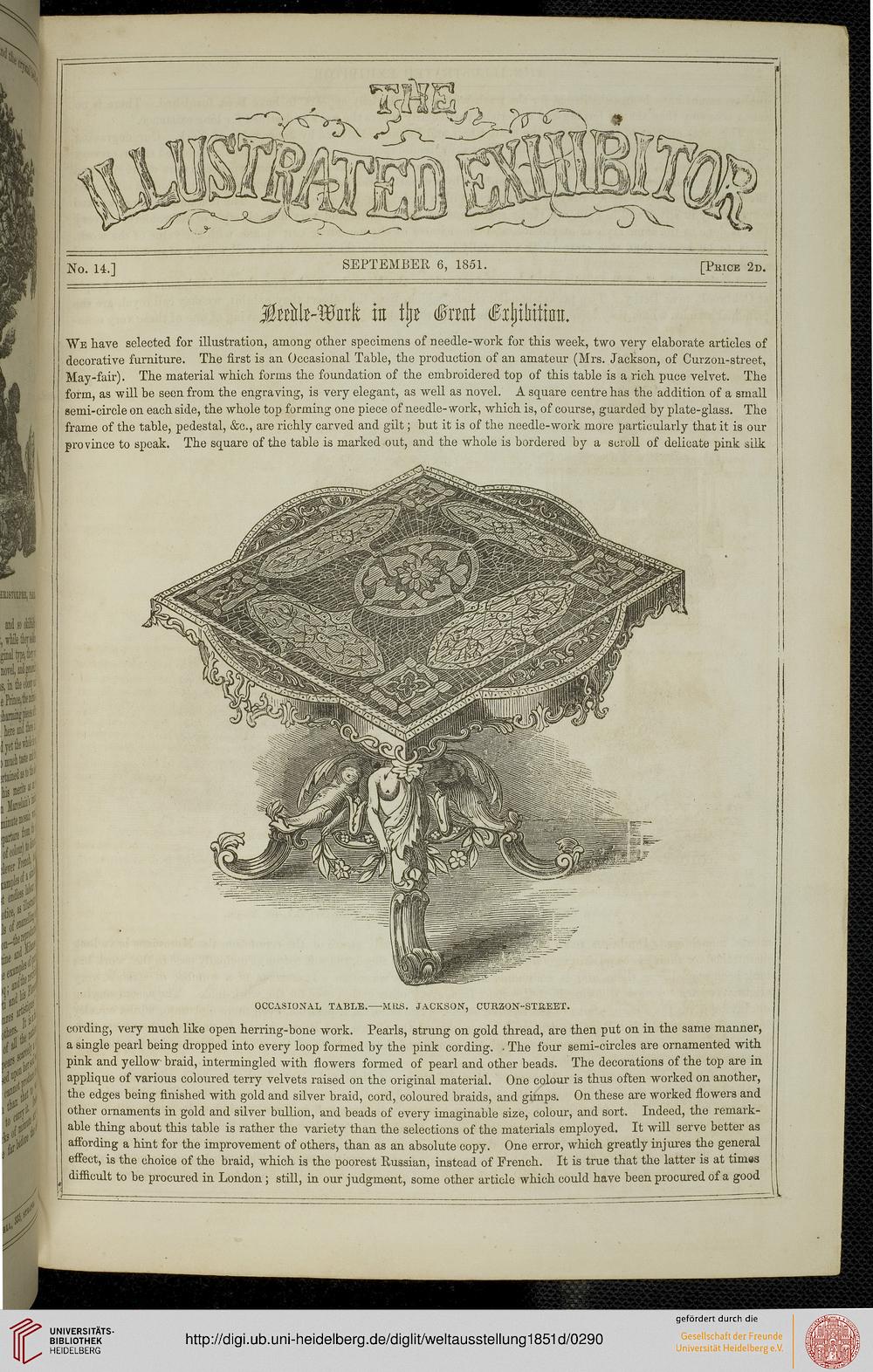 We liave selected for illustration, among other specimens of needle-work for this week, two very elaborate articles of
decorative furniture. The first is an Occasional Table, the production of an amateur (Mrs. Jackson, of Curzon-street,
May-fair). The material which forms the foundation of the embroidered top of this table is a rich puce velvet. The
form, as will be seen from the engraving, is very elegant, as well as novel. A square centre has the addition of a small
semi-circle on each side, the whole top forming one piece of needle-work, which is, of course, guarded by plate-glass. The
frame of the table, pedestal, &c, are richly carved and gilt; but it is of the needle-work more particularly that it is our
province to speak. The square of the table is marked-out, and the whole is bordered by a scroll of delicate pink silk

cording, very much like open herring-bone work. Pearls, strung on gold thread, are then put on in the same manner,
a single pearl being dropped into every loop formed by the pink cording. . The four semi-circles are ornamented with
pink and yellow braid, intermingled with flowers formed of pearl and other beads. The decorations of the top are in
applique of various coloured terry velvets raised on the original material. One colour is thus often worked on another,
the edges being finished with gold and silver braid, cord, coloured braids, and gimps. On these are worked flowers and
other ornaments in gold and silver bullion, and beads of every imaginable size, colour, and sort. Indeed, the remark-
able thing about this table is rather the variety than the selections of the materials employed. It will serve better as
affording a hint for the improvement of others, than as an absolute copy. One error, which greatly injures the general
effect, is the choice of the braid, which is the poorest Russian, instead of French. It is true that the latter is at times
difficult to be procured in London; still, in our judgment, some other article which could have been procured of a good