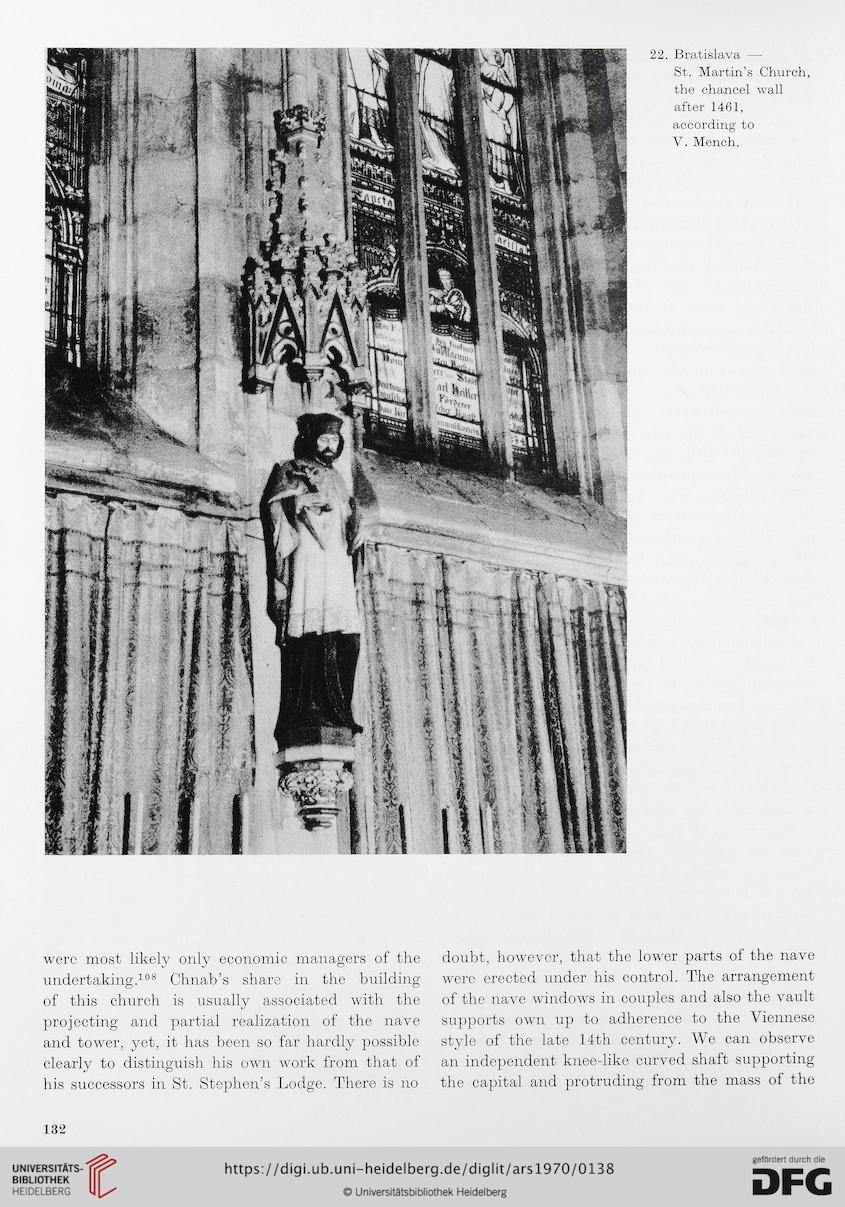 werc most likely only économie managers of the
undertaking.108 Chnab’s sharo in the building
of this church is usually associated with the
projecting and partial realization of the nave
and tower, yct, it has been so far hardly possible
clearly to distinguish his own work from that of
hi® successors in St. Stephen’s Lodge. There is no

doubt, however, that the lower parts of the nave
werc erected under his control. The arrangement
of the nave Windows in couples and also the vault
supports own up to adhérence to the Viennese
style of the late Ifth Century. We can observe
an independent knee-like curved shaft supporting
the capital and protruding from the mass of the