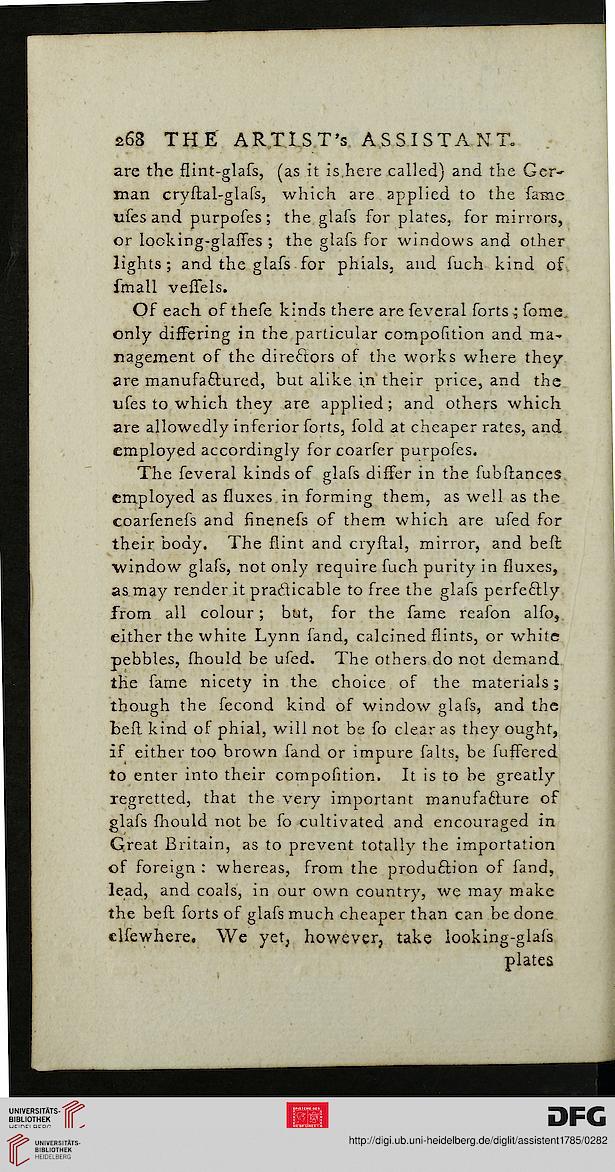 are the flint-glafs, (as it is.here called) and the Ger>
man cryftal-glafs, which are applied to the fame
ufes and purpofes; the glafs for plates, for minors,
or locking-glaffes ; the glafs for windows and other
lights ; and the glafs for phials, and fuch kind of
fmall veffels.

Of each of thefe kinds there are feveral forts; fome.
only differing in the particular compofition and ma-
nagement of the directors of the works where they
are manufactured, but alike in their price, and the
ufes to which they are applied; and others which
are allowedly inferior forts, fold at cheaper rates, and
employed accordingly for coarfer purpofes.

The feveral kinds of glafs differ in the fubftances
employed as fluxes in forming them, as well as the
coarfenefs and finenefs of them which are ufed for
their body. The flint and cryftal, mirror, and belt
window glafs, not only require fuch purity in fluxes,
as may render it practicable to free the glafs perfectly
from all colour ; but, for the fame reafon alfo,
either the white Lynn fand, calcined flints, or white
pebbles, fhould be ufed. The others do not demand
the fame nicety in the choice of the materials;
though the fecond kind of window glafs, and the
beft kind of phial, will not be fo clear as they ought,
if either too brown fand or impure falts, be fuffered
to enter into their compofition. It is to be greatly
regretted, that the very important manufacture of
glafs fhould not be fo cultivated and encouraged in
Great Britain, as to prevent totally the importation
of foreign : whereas, from the production of fand,
lead, and coals, in our own country, we may make
the beft forts of glafs much cheaper than can be done
clfewhere. We yet, however, take looking-glafs