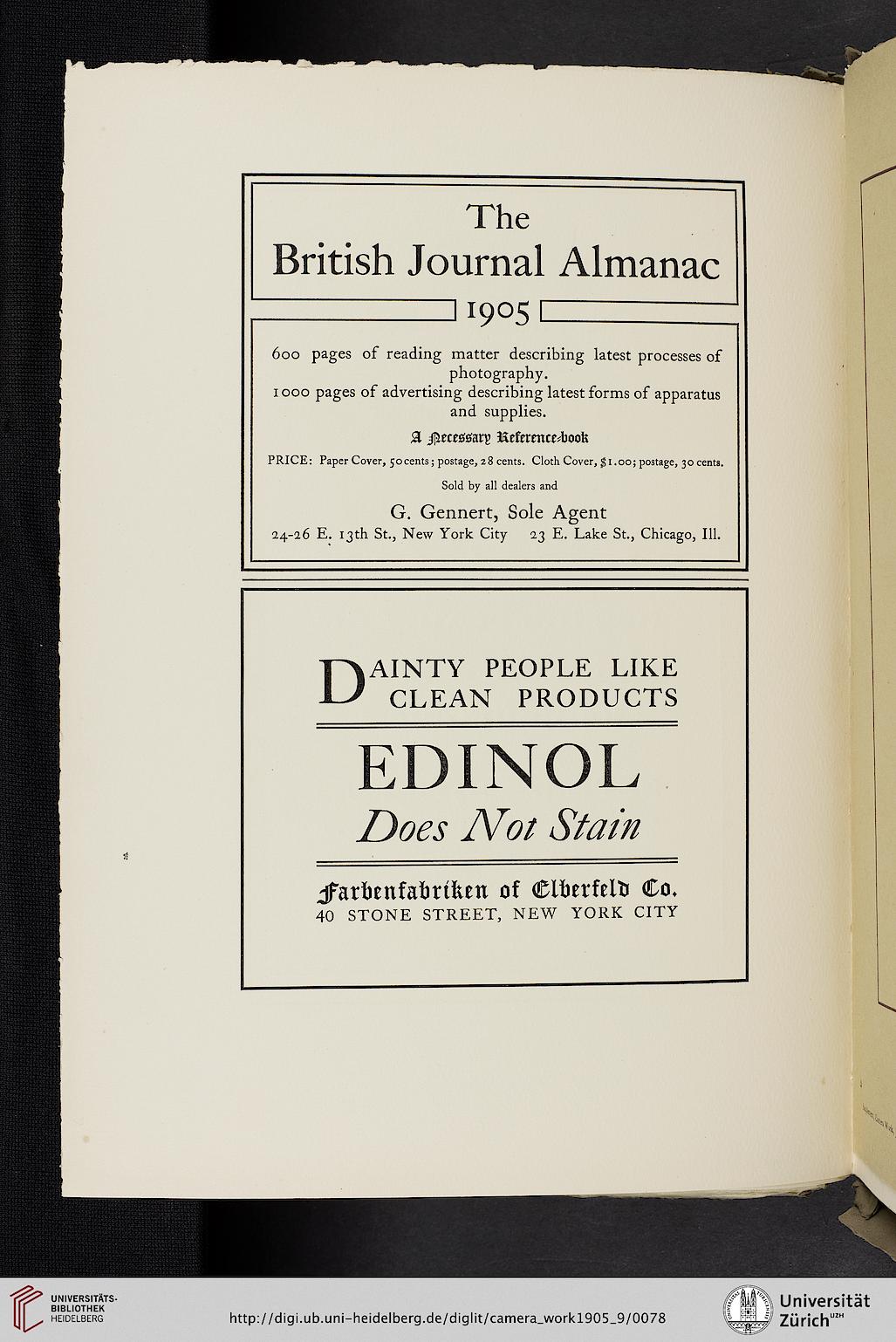 Information about OCR text
CHAPTER I

THE DILEMMA
Scene laid at any place. Time, any day. The hero discovered in deep
perplexity seated at a table piled high with manufacturers'catalogues.

(In a despairing tone.) Sixty lens catalogues from sixty manufacturers
and the end is not yet! Where shall I—away from all photographic
intercourse—find a way out of my dilemma? Each of the sixty
assures me (in type) that his make, and only his, is what I ought to
own. And each of the sixty guarantees that each of his six hundred
patterns is specially adapted to each of each separate purpose that I
have in mind. This ends photography for me; better no lens than
the mad-house. (Smashes his cameray exit in a frenzy.)
CHAPTER II
The next morning. The hero rising and talking to himself.
What made me dream of Goerz lenses in particular? In that
endless list of lenses that haunted me all night, why did Goerz’sname
lead all the rest? I have it — his was the only catalogue I did not
have. I'll ’phone him at once.
CHAPTER III
THE SOLUTION
Scene in the office of C. P. Goerzy 52 Union Square, East, New York
City. L. J. R. Holst at the long-distance telephone.
Hello! What! Smashed your camera in disgust because you
couldn't find a proper lens! Why, any one of those sixty would have
filled your wants. How about a Goerz? Are they as good as the
others? (Smiles audibly.) Perhaps. Do you read the magazines and
know who's who in photography? Write to some of the more prom-
inent photographers and ask what they think of Goerz lenses. We
abide by their verdict. A catalogue? Yes, if you want it; but won’t
it confuse you still more?
CHAPTER IV

(Holst at the 'phone again.) Hello! Who? Oh! lt's you!—
get off the line, Central — what ? You say you've written to a lot ot
the prize-winners and you’ve decided for a Goerz. Thanks! Now
remember if you should be disappointed in the lens you may return it.
Yes, it goes by express to-day. Is that all? Good-by!