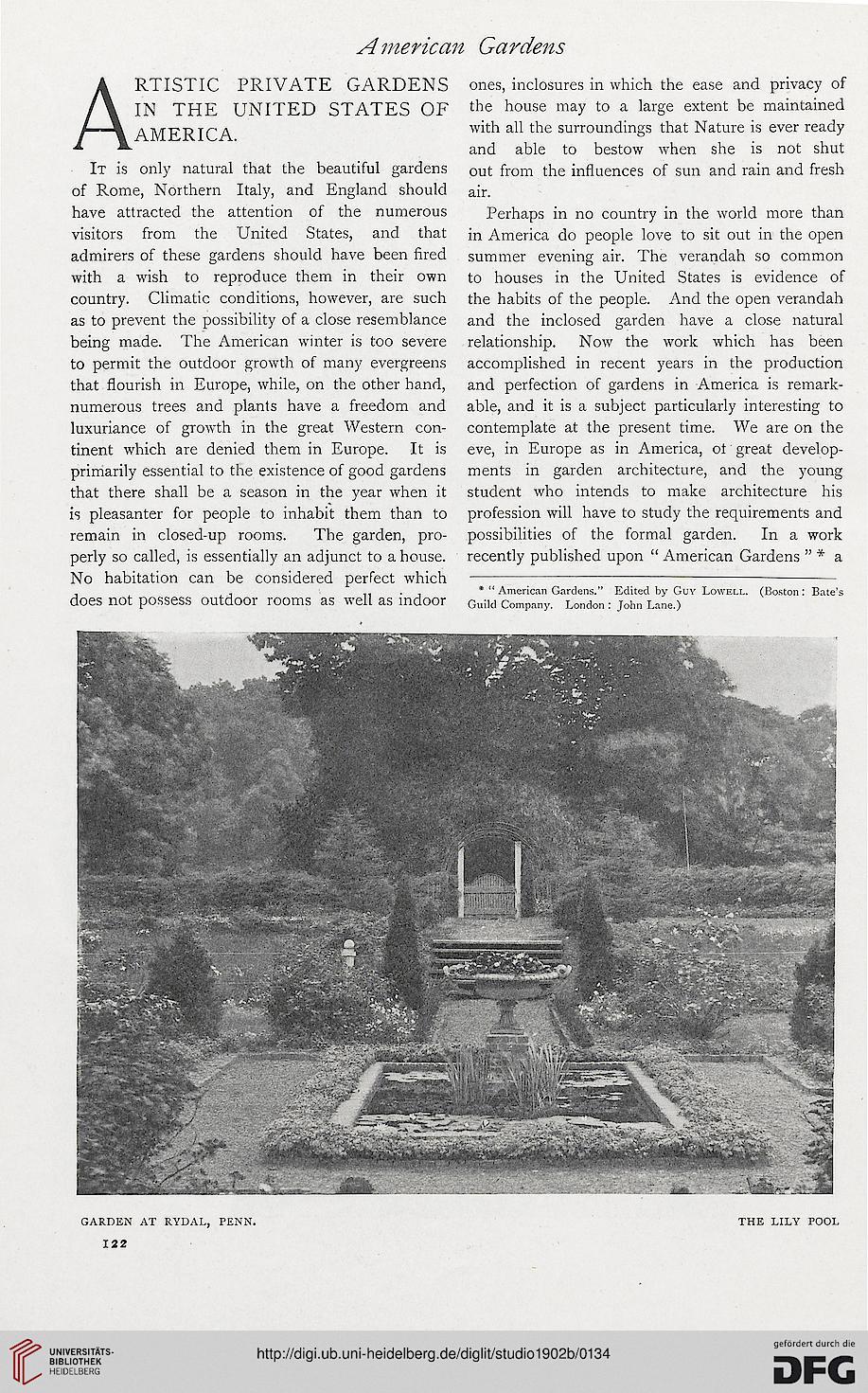 RUSTIC PRIVATE GARDENS
IN THE UNITED STATES OF
AMERICA.

It is only natural that the beautiful gardens
of Rome, Northern Italy, and England should
have attracted the attention of the numerous
visitors from the United States, and that
admirers of these gardens should have been fired
with a wish to reproduce them in their own
country. Climatic conditions, however, are such
as to prevent the possibility of a close resemblance
being made. The American winter is too severe
to permit the outdoor growth of many evergreens
that flourish in Europe, while, on the other hand,
numerous trees and plants have a freedom and
luxuriance of growth in the great Western con-
tinent which are denied them in Europe. It is
primarily essential to the existence of good gardens
that there shall be a season in the year when it
is pleasanter for people to inhabit them than to
remain in closed-up rooms. The garden, pro-
perly so called, is essentially an adjunct to a house.
No habitation can be considered perfect which
does not possess outdoor rooms as well as indoor

ones, inclosures in which the ease and privacy of
the house may to a large extent be maintained
with all the surroundings that Nature is ever ready
and able to bestow when she is not shut
out from the influences of sun and rain and fresh
air.

Perhaps in no country in the world more than
in America do people love to sit out in the open
summer evening air. The verandah so common
to houses in the United States is evidence of
the habits of the people. And the open verandah
and the inclosed garden have a close natural
relationship. Now the work which has been
accomplished in recent years in the production
and perfection of gardens in America is remark-
able, and it is a subject particularly interesting to
contemplate at the present time. We are on the
eve, in Europe as in America, ot great develop-
ments in garden architecture, and the young
student who intends to make architecture his
profession will have to study the requirements and
possibilities of the formal garden. In a work
recently published upon " American Gardens " * a