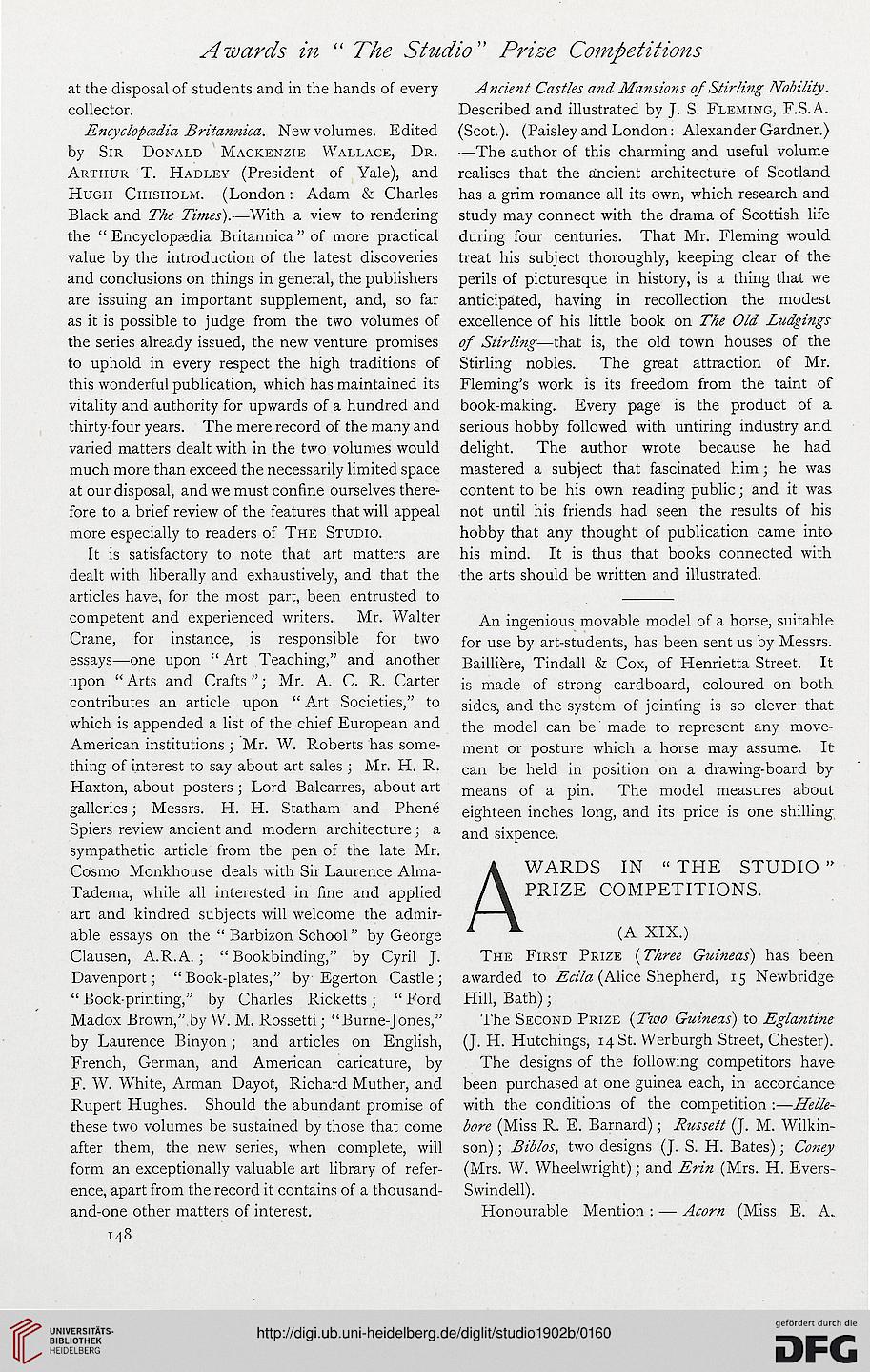 at the disposal of students and in the hands of every
collector.

Encyclopedia Britannica. New volumes. Edited
by Sir Donald Mackenzie Wallace, Dr.
Arthur T. Hadley (President of Yale), and
Hugh Chisholm. (London: Adam & Charles
Black and The Times).—With a view to rendering
the "Encyclopaedia Britannica" of more practical
value by the introduction of the latest discoveries
and conclusions on things in general, the publishers
are issuing an important supplement, and, so far
as it is possible to judge from the two volumes of
the series already issued, the new venture promises
to uphold in every respect the high traditions of
this wonderful publication, which has maintained its
vitality and authority for upwards of a hundred and
thirty-four years. The mere record of the many and
varied matters dealt with in the two volumes would
much more than exceed the necessarily limited space
at our disposal, and we must confine ourselves there-
fore to a brief review of the features that will appeal
more especially to readers of The Studio.

It is satisfactory to note that art matters are
dealt with liberally and exhaustively, and that the
articles have, for the most part, been entrusted to
competent and experienced writers. Mr. Walter
Crane, for instance, is responsible for two
essays—one upon " Art Teaching," and another
upon " Arts and Crafts "; Mr. A. C. R. Carter
contributes an article upon " Art Societies," to
which is appended a list of the chief European and
American institutions ; Mr. W. Roberts has some-
thing of interest to say about art sales ; Mr. H. R.
Haxton, about posters ; Lord Balcarres, about art
galleries; Messrs. H. H. Statham and Phene
Spiers review ancient and modern architecture ; a
sympathetic article from the pen of the late Mr.
Cosmo Monkhouse deals with Sir Laurence Alma-
Tadema, while all interested in fine and applied
art and kindred subjects will welcome the admir-
able essays on the " Barbizon School" by George
Clausen, A.R.A. ; "Bookbinding," by Cyril J.
Davenport; "Book-plates," by Egerton Castle;
" Book-printing," by Charles Ricketts ; " Ford
Madox Brown,".by W. M. Rossetti; "Burne-Jones,"
by Laurence Binyon; and articles on English,
French, German, and American caricature, by
F. W. White, Arman Dayot, Richard Muther, and
Rupert Hughes. Should the abundant promise of
these two volumes be sustained by those that come
after them, the new series, when complete, will
form an exceptionally valuable art library of refer-
ence, apart from the record it contains of a thousand-
and-one other matters of interest.
148

Ancient Castles and Mansions of Stirling Nobility.
Described and illustrated by J. S. Fleming, F.S.A.
(Scot.). (Paisley and London: Alexander Gardner.)
—The author of this charming and useful volume
realises that the ancient architecture of Scotland
has a grim romance all its own, which research and
study may connect with the drama of Scottish life
during four centuries. That Mr. Fleming would
treat his subject thoroughly, keeping clear of the
perils of picturesque in history, is a thing that we
anticipated, having in recollection the modest
excellence of his little book on The Old Ludgings
of Stirling—that is, the old town houses of the
Stirling nobles. The great attraction of Mr.
Fleming's work is its freedom from the taint of
book-making. Every page is the product of a
serious hobby followed with untiring industry and
delight. The author wrote because he had
mastered a subject that fascinated him ; he was
content to be his own reading public; and it was
not until his friends had seen the results of his
hobby that any thought of publication came into
his mind. It is thus that books connected with
the arts should be written and illustrated.

An ingenious movable model of a horse, suitable
for use by art-students, has been sent us by Messrs.
Bailliere, Tindall & Cox, of Henrietta Street. It
is made of strong cardboard, coloured on both
sides, and the system of jointing is so clever that
the model can be made to represent any move-
ment or posture which a horse may assume. It
can be held in position on a drawing-board by
means of a pin. The model measures about
eighteen inches long, and its price is one shilling
and sixpence.

AWARDS IN 11 THE STUDIO "
PRIZE COMPETITIONS.
(A XIX.)