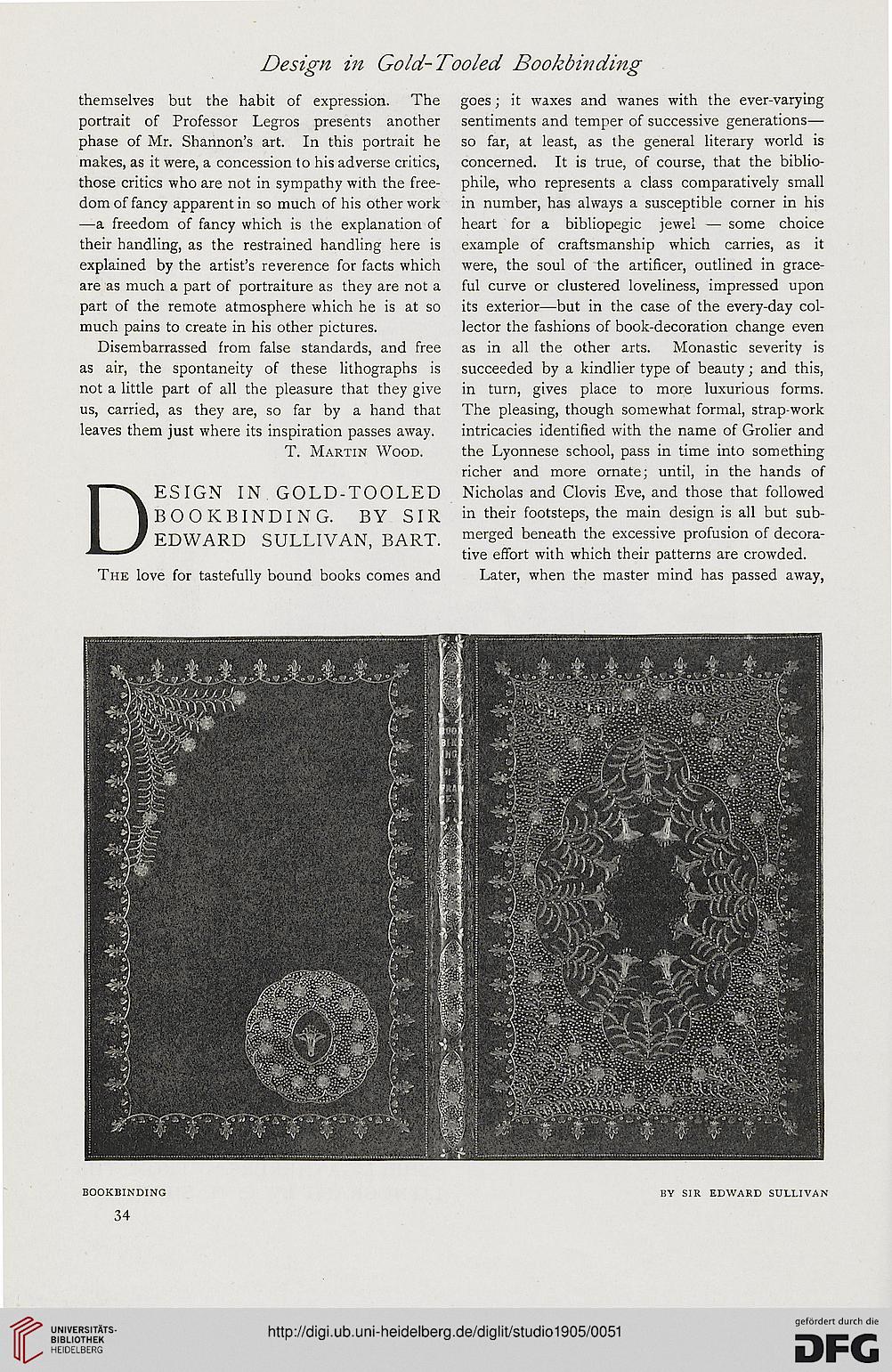 themselves but the habit of expression. The
portrait of Professor Legros presents another
phase of Mr. Shannon's art. In this portrait he
makes, as it were, a concession to his adverse critics,
those critics who are not in sympathy with the free-
dom of fancy apparent in so much of his other work
—a freedom of fancy which is the explanation of
their handling, as the restrained handling here is
explained by the artist's reverence for facts which
are as much a part of portraiture as they are not a
part of the remote atmosphere which he is at so
much pains to create in his other pictures.

Disembarrassed from false standards, and free
as air, the spontaneity of these lithographs is
not a little part of all the pleasure that they give
us, carried, as they are, so far by a hand that
leaves them just where its inspiration passes away.

The love for tastefully bound books comes and

goes; it waxes and wanes with the ever-varying
sentiments and temper of successive generations—
so far, at least, as the general literary world is
concerned. It is true, of course, that the biblio-
phile, who represents a class comparatively small
in number, has always a susceptible corner in his
heart for a bibliopegic jewel — some choice
example of craftsmanship which carries, as it
were, the soul of the artificer, outlined in grace-
ful curve or clustered loveliness, impressed upon
its exterior—but in the case of the every-day col-
lector the fashions of book-decoration change even
as in all the other arts. Monastic severity is
succeeded by a kindlier type of beauty; and this,
in turn, gives place to more luxurious forms.
The pleasing, though somewhat formal, strap-work
intricacies identified with the name of Grolier and
the Lyonnese school, pass in time into something
richer and more ornate; until, in the hands of
Nicholas and Clovis Eve, and those that followed
in their footsteps, the main design is all but sub-
merged beneath the excessive profusion of decora-
tive effort with which their patterns are crowded.
Later, when the master mind has passed away,