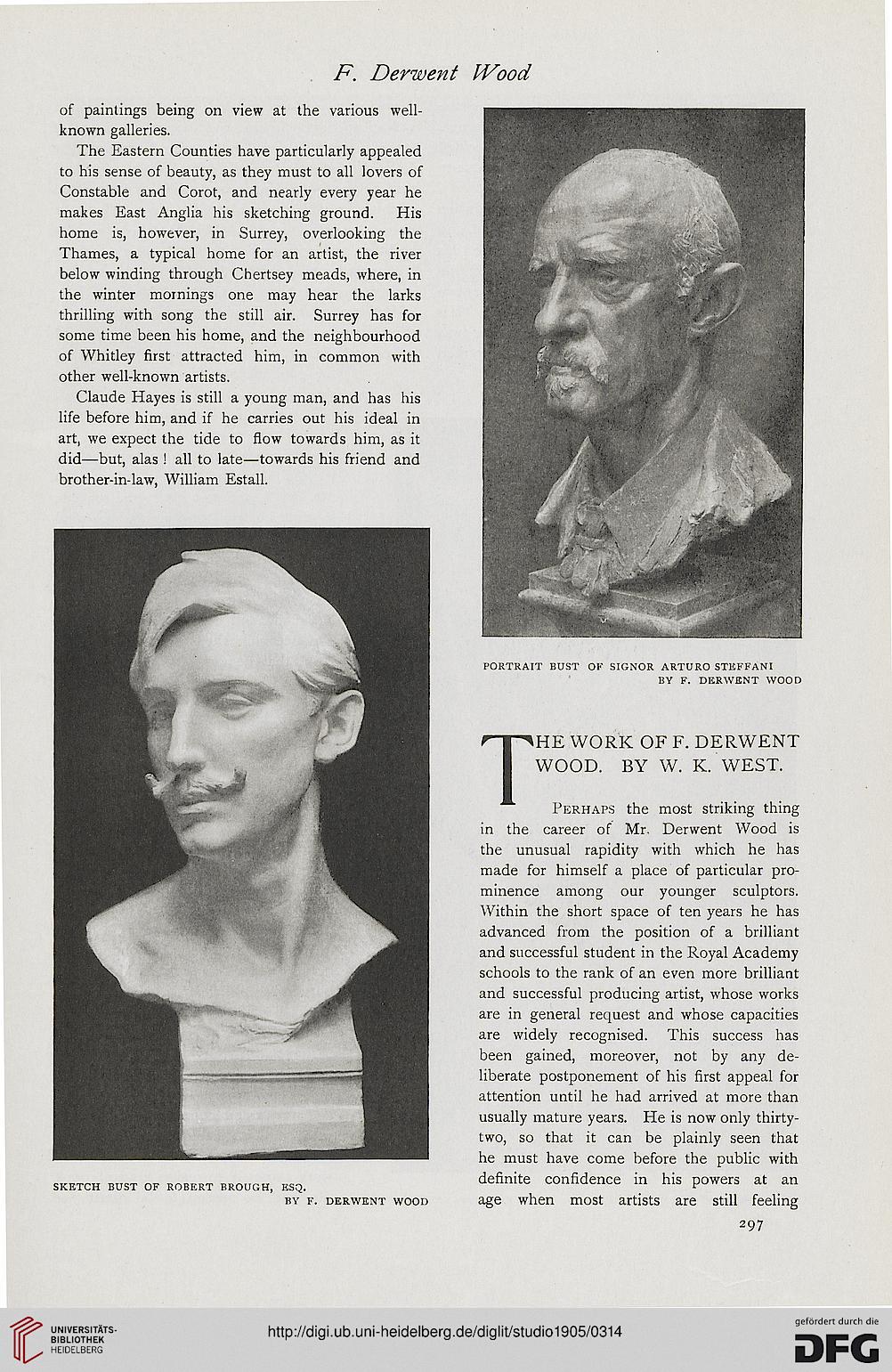 of paintings being on view at the various well-
known galleries.

The Eastern Counties have particularly appealed
to his sense of beauty, as they must to all lovers of
Constable and Corot, and nearly every year he
makes East Anglia his sketching ground. His
home is, however, in Surrey, overlooking the
Thames, a typical home for an artist, the river
below winding through Chertsey meads, where, in
the winter mornings one may hear the larks
thrilling with song the still air. Surrey has for
some time been his home, and the neighbourhood
of Whitley first attracted him, in common with
other well-known artists.

Claude Hayes is still a young man, and has his
life before him, and if he carries out his ideal in
art, we expect the tide to flow towards him, as it
did—but, alas ! all to late—towards his friend and
brother-in-law, William Estall.

Perhaps the most striking thing
in the career of Mr. Derwent Wood is
the unusual rapidity with which he has
made for himself a place of particular pro-
minence among our younger sculptors.
Within the short space of ten years he has
advanced from the position of a brilliant
and successful student in the Royal Academy
schools to the rank of an even more brilliant
and successful producing artist, whose works
are in general request and whose capacities
are widely recognised. This success has
been gained, moreover, not by any de-
liberate postponement of his first appeal for
attention until he had arrived at more than
usually mature years. He is now only thirty-
two, so that it can be plainly seen that
he must have come before the public with
definite confidence in his powers at an
age when most artists are still feeling