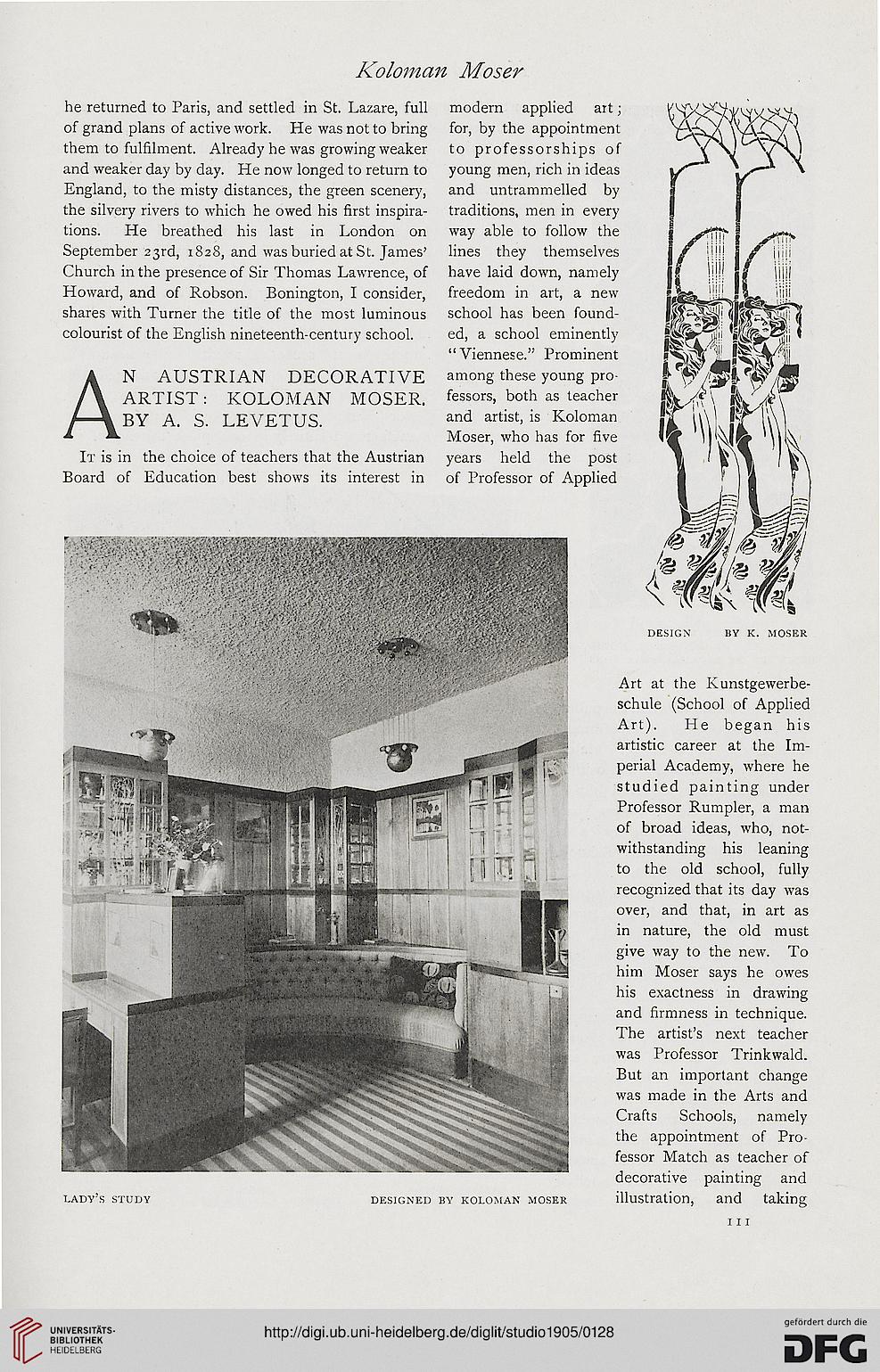 he returned to Paris, and settled in St. Lazare, full modern applied art ;

of grand plans of active work. He was not to bring for, by the appointment

them to fulfilment. Already he was growing weaker to professorships of

and weaker day by day. He now longed to return to young men, rich in ideas

England, to the misty distances, the green scenery, and untrammelled by

the silvery rivers to which he owed his first inspira- traditions, men in every

tions. He breathed his last in London on way able to follow the

September 23rd, 1828, and was buried at St. James' lines they themselves

Church in the presence of Sir Thomas Lawrence, of have laid down, namely

Howard, and of Robson. Bonington, I consider, freedom in art, a new

colourist of the English nineteenth-century school. ed, a school eminently

AN AUSTRIAN DECORATIVE among these young pro-

BY A. S. LEVETUS. and artist> is K«loman
Moser, who has for five

Art at the Kunstgewerbe-
schule (School of Applied

crflD* artistic career at the Im-

%0 perial Academy, where he

- J^-^g^aHlH recognized that its day was

iWn in nature, the old must

lip give way to the new. To

^Bsg him Moser says he owes

L. his exactness in drawing

and firmness in technique.
h The artist's next teacher

was Professor Trinkwald.
But an important change
was made in the Arts and
Crafts Schools, namely
the appointment of Pro-
fessor Match as teacher of
decorative painting and