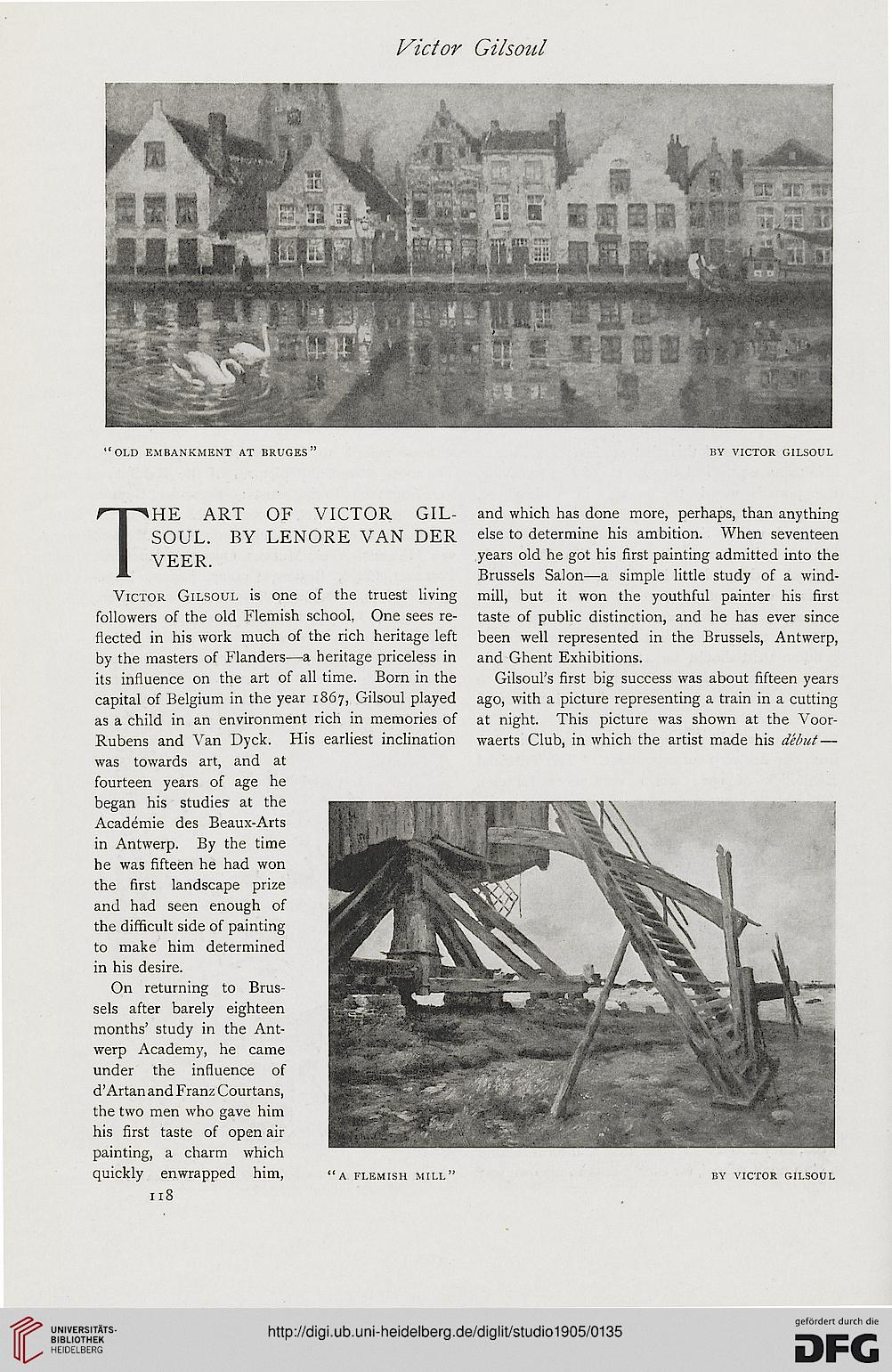 THE ART OF VICTOR GIL- and which has done more, perhaps, than anything
SOUL. BY LENORE VAN DER e^se to determine his ambition. When seventeen
VEER years old he got his first painting admitted into the

Brussels Salon—a simple little study of a wind-
Victor Gilsoul is one of the truest living mill, but it won the youthful painter his first
followers of the old Flemish school, One sees re- taste of public distinction, and he has ever since
fleeted in his work much of the rich heritage left been well represented in the Brussels, Antwerp,
by the masters of Flanders—a heritage priceless in and Ghent Exhibitions.

its influence on the art of all time. Born in the Gilsoul's first big success was about fifteen years
capital of Belgium in the year 1867, Gilsoul played ago, with a picture representing a train in a cutting
as a child in an environment rich in memories of at night. This picture was shown at the Voor-
Rubens and Van Dyck. His earliest inclination waerts Club, in which the artist made his debut —
was towards art, and at
fourteen years of age he
began his studies at the
Academie des Beaux-Arts
in Antwerp. By the time
he was fifteen he had won
the first landscape prize
and had seen enough of
the difficult side of painting
to make him determined
in his desire.

On returning to Brus-
sels after barely eighteen
months' study in the Ant-
werp Academy, he came
under the influence of
d'Artan and Franz Courtans,
the two men who gave him
his first taste of open air
painting, a charm which
quickly enwrapped him, "a flemish mill" by victor gilsoul