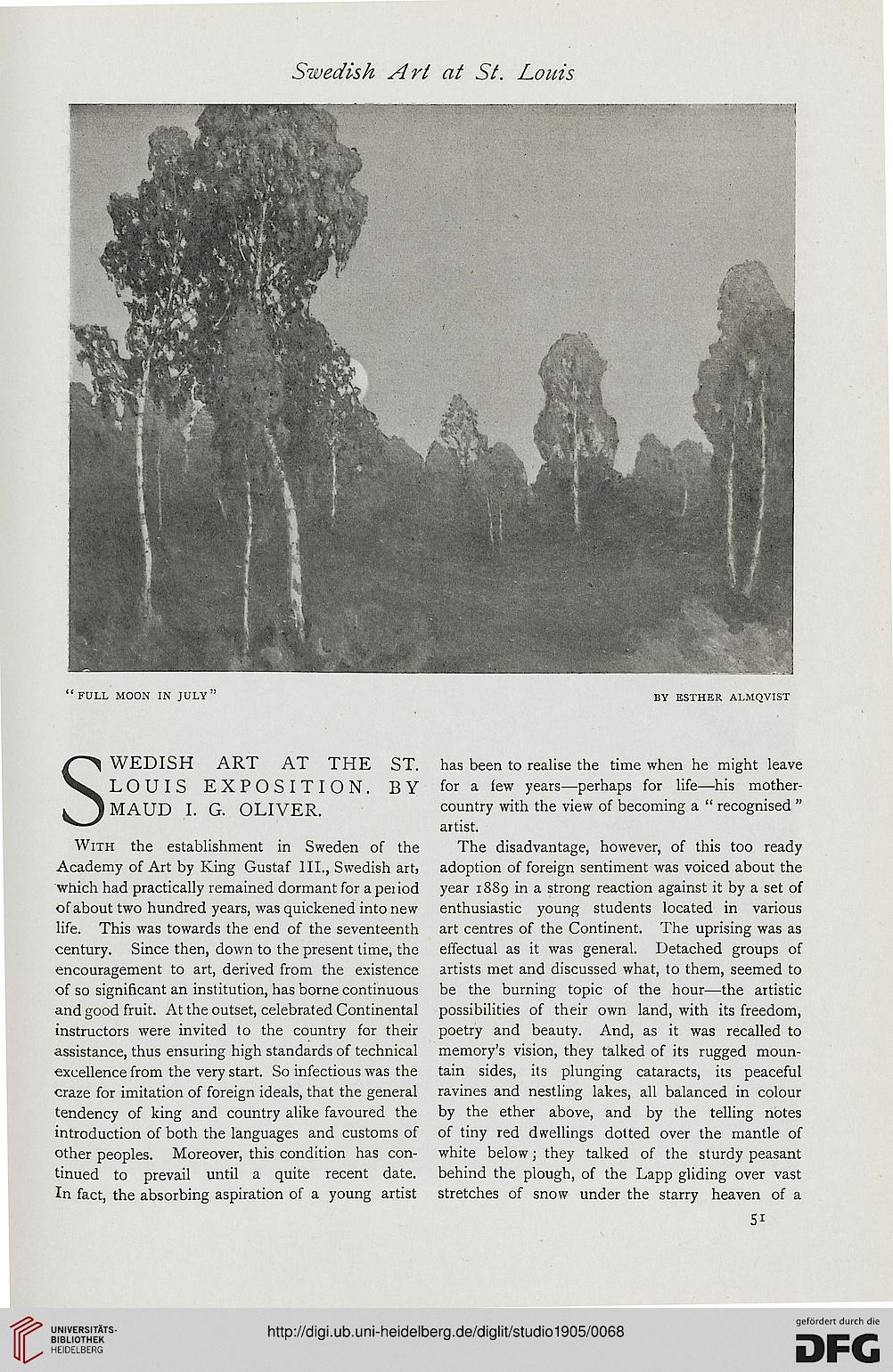 Information about OCR text
WEDISH ART AT THE ST.
LOUIS EXPOSITION. BY
MAUD I. G. OLIVER.

With the establishment in Sweden of the
Academy of Art by King Gustaf III., Swedish art,
which had practically remained dormant for a peiiod
of about two hundred years, was quickened into new
life. This was towards the end of the seventeenth
century. Since then, down to the present time, the
encouragement to art, derived from the existence
of so significant an institution, has borne continuous
and good fruit. At the outset, celebrated Continental
instructors were invited to the country for their
assistance, thus ensuring high standards of technical
excellence from the very start. So infectious was the
craze for imitation of foreign ideals, that the general
tendency of king and country alike favoured the
introduction of both the languages and customs of
other peoples. Moreover, this condition has con-
tinued to prevail until a quite recent date.
In fact, the absorbing aspiration of a young artist

has been to realise the time when he might leave
for a few years—perhaps for life—his mother-
country with the view of becoming a " recognised "
artist.

The disadvantage, however, of this too ready
adoption of foreign sentiment was voiced about the
year 1889 in a strong reaction against it by a set of
enthusiastic young students located in various
art centres of the Continent. The uprising was as
effectual as it was general. Detached groups of
artists met and discussed what, to them, seemed to
be the burning topic of the hour—the artistic
possibilities of their own land, with its freedom,
poetry and beauty. And, as it was recalled to
memory's vision, they talked of its rugged moun-
tain sides, its plunging cataracts, its peaceful
ravines and nestling lakes, all balanced in colour
by the ether above, and by the telling notes
of tiny red dwellings dotted over the mantle of
white below; they talked of the sturdy peasant
behind the plough, of the Lapp gliding over vast
stretches of snow under the starry heaven of a