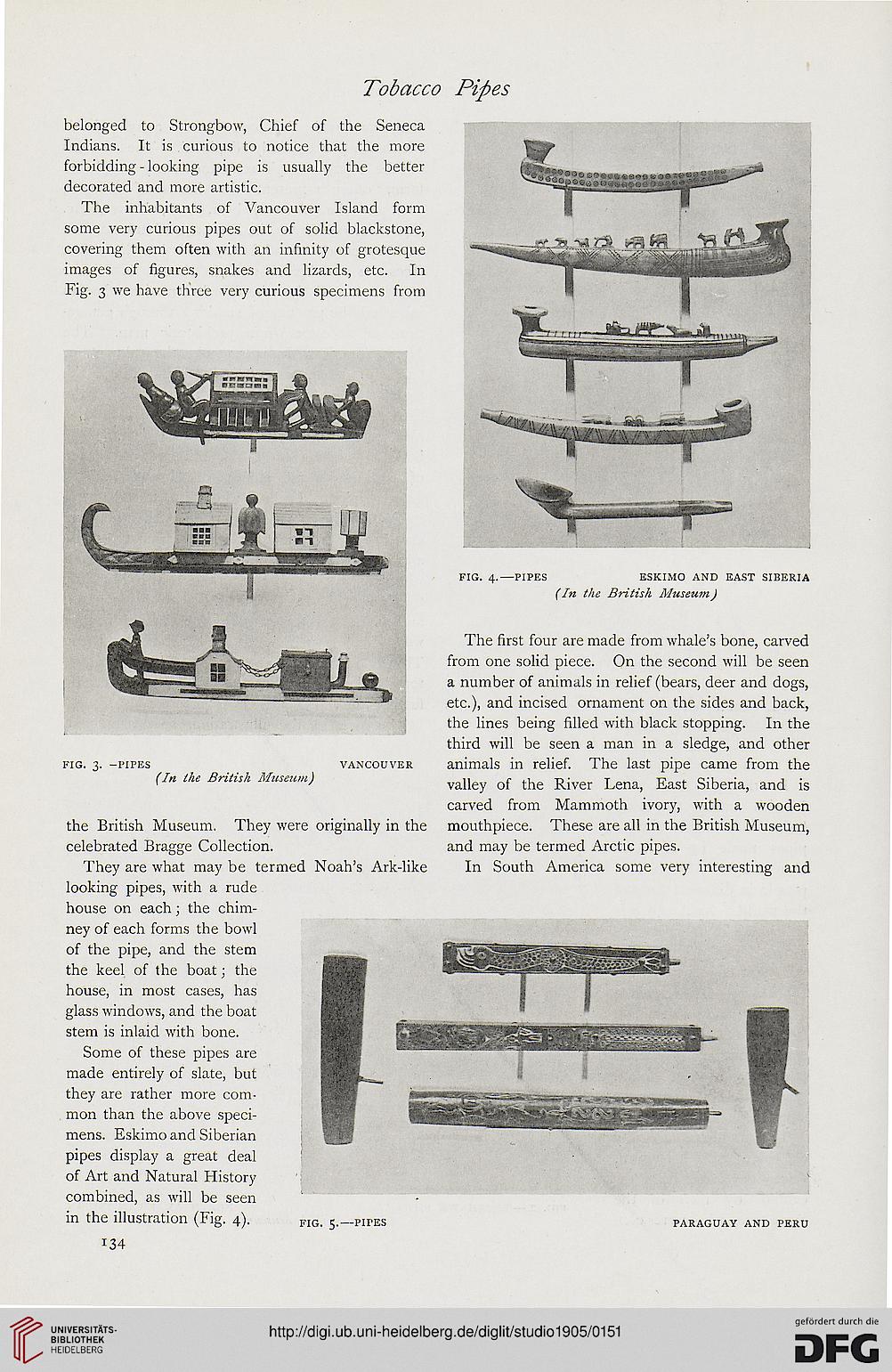 belonged to Strongbow, Chief of the Seneca
Indians. It is curious to notice that the more
forbidding - looking pipe is usually the better
decorated and more artistic.

The inhabitants of Vancouver Island form
some very curious pipes out of solid blackstone,
covering them often with an infinity of grotesque
images of figures, snakes and lizards, etc. In
Fig. 3 we have three very curious specimens from

(In the British Museum)

The first four are made from whale's bone, carved

from one solid piece. On the second will be seen

a number of animals in relief (bears, deer and dogs,

etc.), and incised ornament on the sides and back,

the lines being filled with black stopping. In the

third will be seen a man in a sledge, and other

fig. 3. -pipes Vancouver animals in relief. The last pipe came from the

carved from Mammoth ivory, with a wooden
the British Museum. They were originally in the mouthpiece. These are all in the British Museum,
celebrated Bragge Collection. and may be termed Arctic pipes.

They are what may be termed Noah's Ark-like In South America some very interesting and
looking pipes, with a rude
house on each; the chim-
ney of each forms the bowl
of the pipe, and the stem
the keel of the boat; the
house, in most cases, has
glass windows, and the boat
stem is inlaid with bone.

Some of these pipes are
made entirely of slate, but
they are rather more com-
mon than the above speci-
mens. Eskimo and Siberian
pipes display a great deal
of Art and Natural History
combined, as will be seen
in the illustration (Fig. 4). fig. 5.—pipes Paraguay and peru