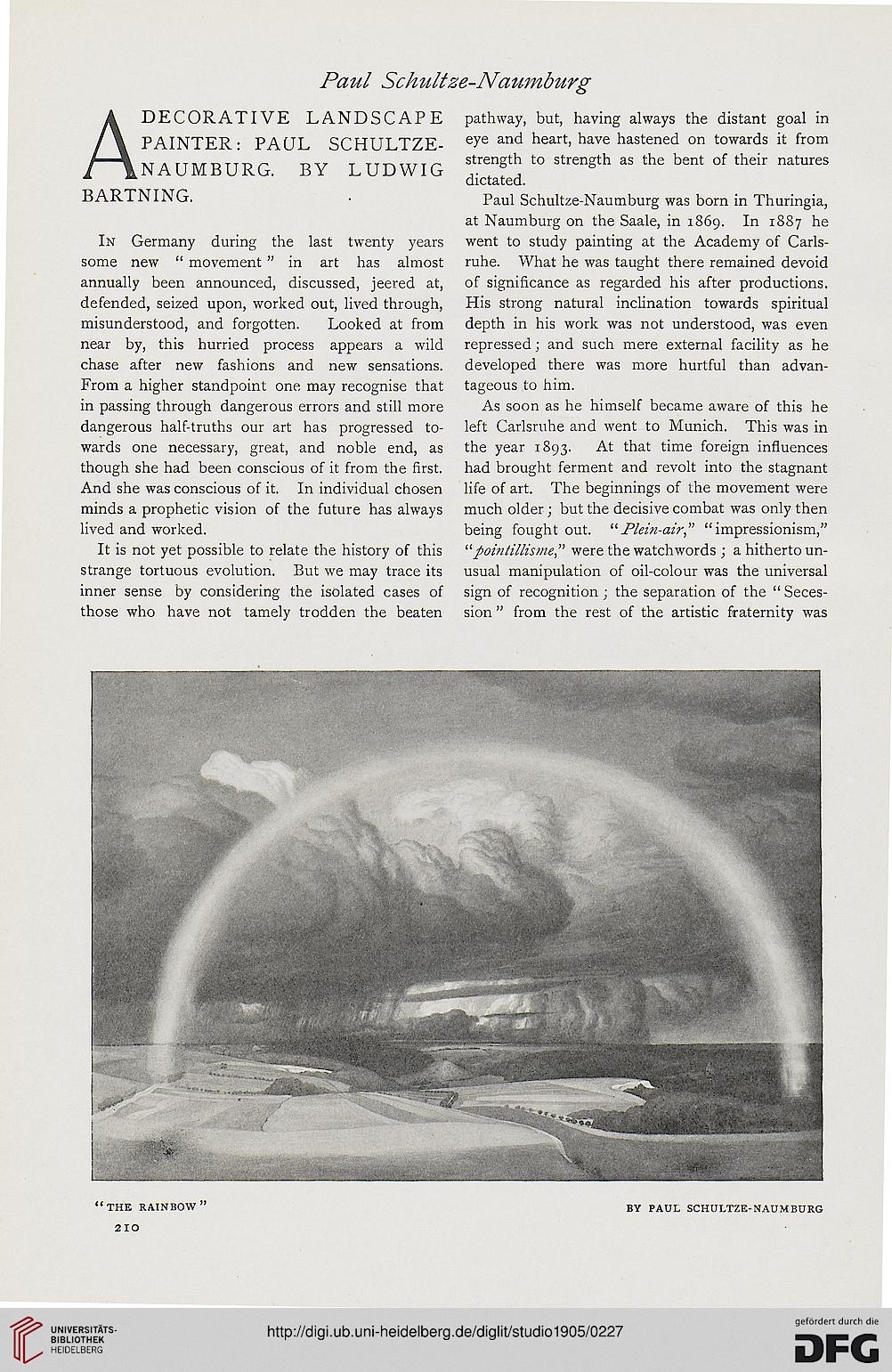 pathway, but, having always the distant goal in
eye and heart, have hastened on towards it from
strength to strength as the bent of their natures
dictated.

Paul Schultze-Naumburg was born in Thuringia,
at Naumburg on the Saale, in 1869. In 1887 he
went to study painting at the Academy of Carls-
ruhe. What he was taught there remained devoid
of significance as regarded his after productions.
His strong natural inclination towards spiritual
depth in his work was not understood, was even
repressed; and such mere external facility as he
developed there was more hurtful than advan-
tageous to him.

As soon as he himself became aware of this he
left Carlsruhe and went to Munich. This was in
the year 1893. At that time foreign influences
had brought ferment and revolt into the stagnant
life of art. The beginnings of the movement were
much older; but the decisive combat was only then
being fought out. "Plein-air," "impressionism,"
"pointillisme" were the watchwords ; a hitherto un-
usual manipulation of oil-colour was the universal
sign of recognition ; the separation of the " Seces-
sion " from the rest of the artistic fraternity was

"THE RAINBOW" BY PAUL SCHULTZE-NAUMBURG

In Germany during the last twenty years
some new " movement " in art has almost
annually been announced, discussed, jeered at,
defended, seized upon, worked out, lived through,
misunderstood, and forgotten. Looked at from
near by, this hurried process appears a wild
chase after new fashions and new sensations.
From a higher standpoint one may recognise that
in passing through dangerous errors and still more
dangerous half-truths our art has progressed to-
wards one necessary, great, and noble end, as
though she had been conscious of it from the first.
And she was conscious of it. In individual chosen
minds a prophetic vision of the future has always
lived and worked.

It is not yet possible to relate the history of this
strange tortuous evolution. But we may trace its
inner sense by considering the isolated cases of
those who have not tamely trodden the beaten