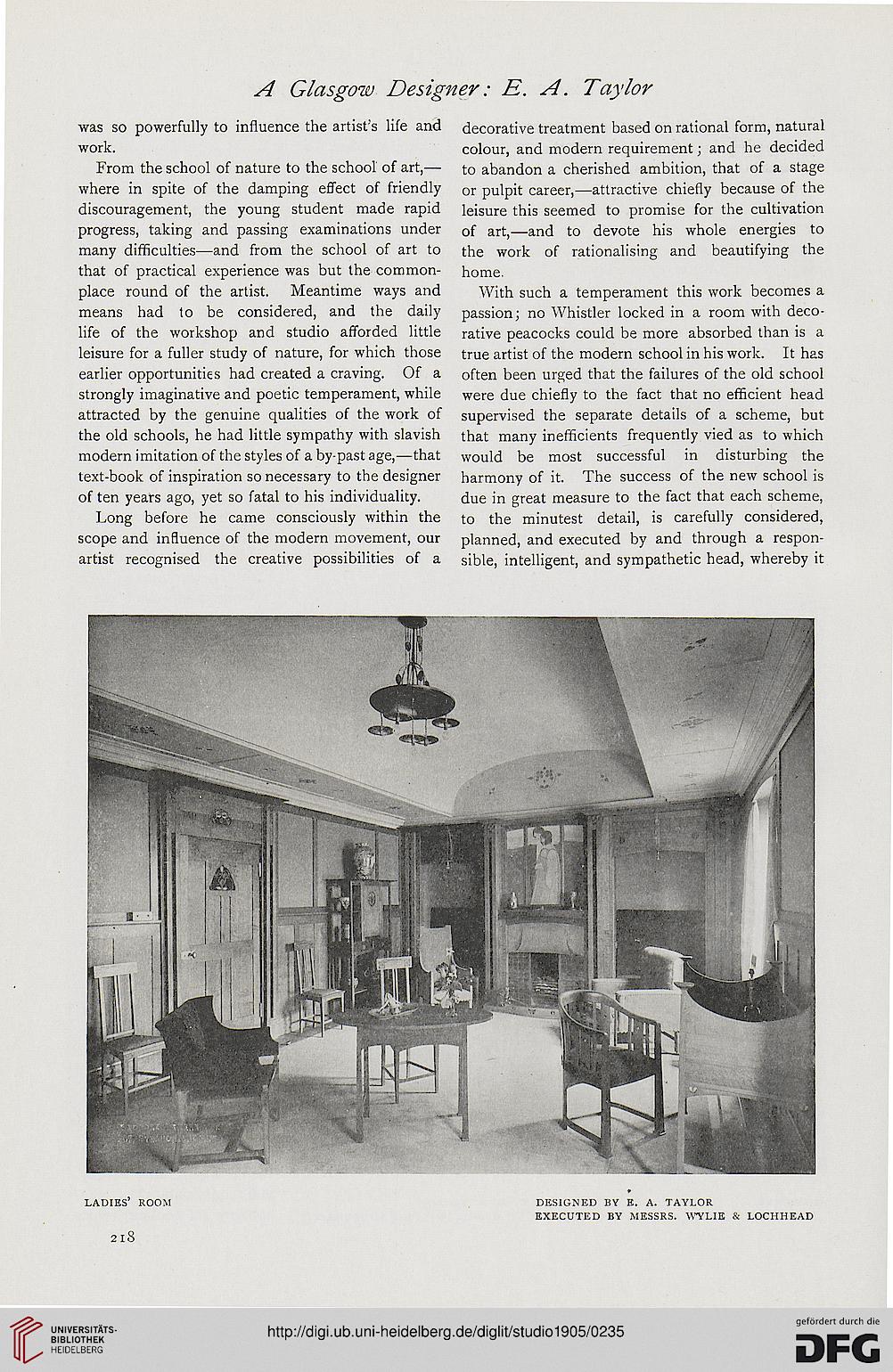 was so powerfully to influence the artist's life and decorative treatment based on rational form, natural

work, colour, and modern requirement; and he decided

where in spite of the damping effect of friendly 0r pulpit career,—attractive chiefly because of the

discouragement, the young student made rapid leisure this seemed to promise for the cultivation

progress, taking and passing examinations under 0f art,—and to devote his whole energies to

that of practical experience was but the common- home.

place round of the artist. Meantime ways and With such a temperament this work becomes a

means had to be considered, and the daily passion; no Whistler locked in a room with deco-

leisure for a fuller study of nature, for which those true artist of the modern school in his work. It has

earlier opportunities had created a craving. Of a often been urged that the failures of the old school

strongly imaginative and poetic temperament, while were due chiefly to the fact that no efficient head

attracted by the genuine qualities of the work of supervised the separate details of a scheme, but

the old schools, he had little sympathy with slavish that many inefficients frequently vied as to which

modern imitation of the styles of a by-past age,—that would be most successful in disturbing the

text-book of inspiration so necessary to the designer harmony of it. The success of the new school is

of ten years ago, yet so fatal to his individuality. due in great measure to the fact that each scheme,

Long before he came consciously within the to the minutest detail, is carefully considered,

scope and influence of the modern movement, our planned, and executed by and through a respon-

artist recognised the creative possibilities of a sible, intelligent, and sympathetic head, whereby it

designed by k. a. taylor