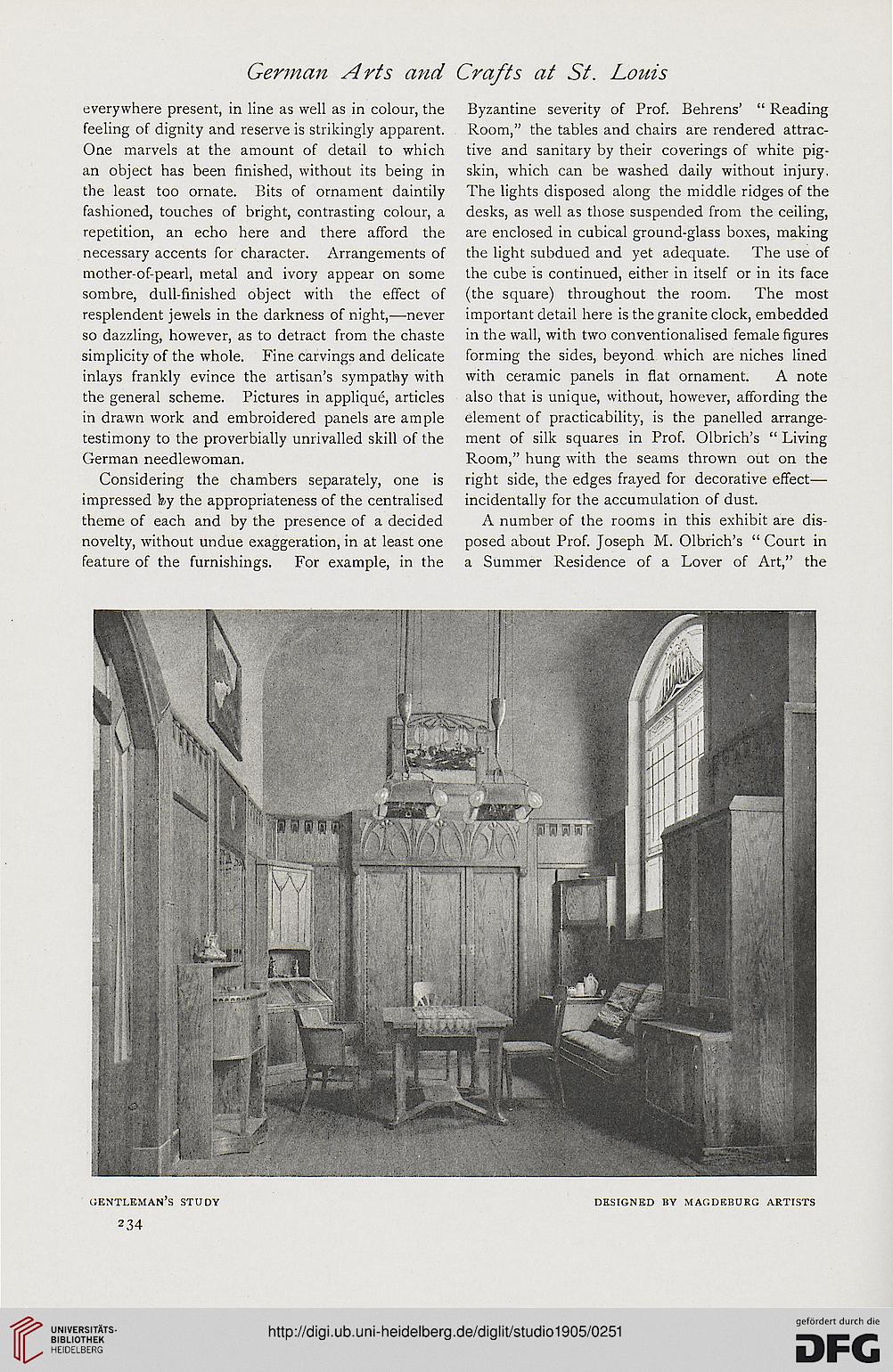 everywhere present, in line as well as in colour, the Byzantine severity of Prof. Behrens' " Reading

feeling of dignity and reserve is strikingly apparent. Room," the tables and chairs are rendered attrac-

an object has been finished, without its being in skin, which can be washed daily without injury,

the least too ornate. Bits of ornament daintily The lights disposed along the middle ridges of the

fashioned, touches of bright, contrasting colour, a desks, as well as those suspended from the ceiling,

repetition, an echo here and there afford the are enclosed in cubical ground-glass boxes, making

necessary accents for character. Arrangements of the light subdued and yet adequate. The use of

mother-of-pearl, metal and ivory appear on some the cube is continued, either in itself or in its face

sombre, dull-finished object with the effect of (the square) throughout the room. The most

resplendent jewels in the darkness of night,—never important detail here is the granite clock, embedded

so dazzling, however, as to detract from the chaste in the wall, with two conventionalised female figures

simplicity of the whole. Fine carvings and delicate forming the sides, beyond which are niches lined

inlays frankly evince the artisan's sympathy with with ceramic panels in flat ornament. A note

the general scheme. Pictures in applique, articles also that is unique, without, however, affording the

in drawn work and embroidered panels are ample element of practicability, is the panelled arrange-

testimony to the proverbially unrivalled skill of the ment of silk squares in Prof. Olbrich's " Living

German needlewoman. Room," hung with the seams thrown out on the

Considering the chambers separately, one is right side, the edges frayed for decorative effect—

impressed by the appropriateness of the centralised incidentally for the accumulation of dust,

novelty, without undue exaggeration, in at least one posed about Prof. Joseph M. Olbrich's " Court in

feature of the furnishings. For example, in the a Summer Residence of a Lover of Art," the