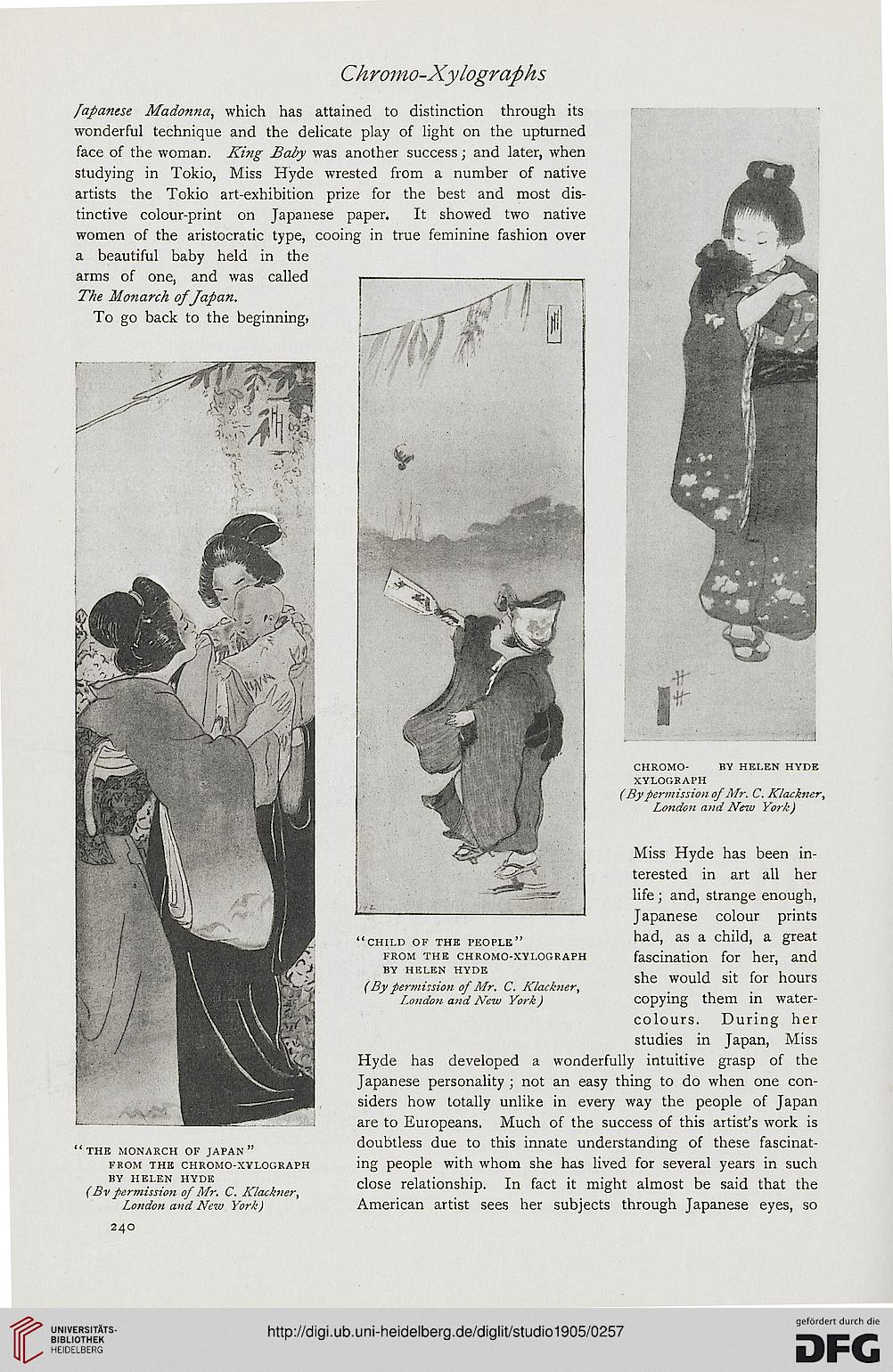 Japanese Madonna, which has attained to distinction through its
wonderful technique and the delicate play of light on the upturned
face of the woman. King Bal>y was another success; and later, when
studying in Tokio, Miss Hyde wrested from a number of native
artists the Tokio art-exhibition prize for the best and most dis-
tinctive colour-print on Japanese paper. It showed two native
women of the aristocratic type, cooing in true feminine fashion over
a beautiful baby held in the

The Monarch of Japan.
To go back to the beginning! fr* "

(By permission of Mr. C. Klackner,
London and New York)

Miss Hyde has been in-
terested in art all her
life; and, strange enough,
Japanese colour prints

from the chromo-xylograph fascination for her, and

London and New York) copying them in water-

colours. During her
studies in Japan, Miss
Hyde has developed a wonderfully intuitive grasp of the
Japanese personality ; not an easy thing to do when one con-
siders how totally unlike in every way the people of Japan
are to Europeans. Much of the success of this artist's work is
' the monarch of japan " doubtless due to this innate understanding of these fascinat-

by helen hyde cjose reiationship. In fact it might almost be said that the

London and New York) American artist sees her subjects through Japanese eyes, so