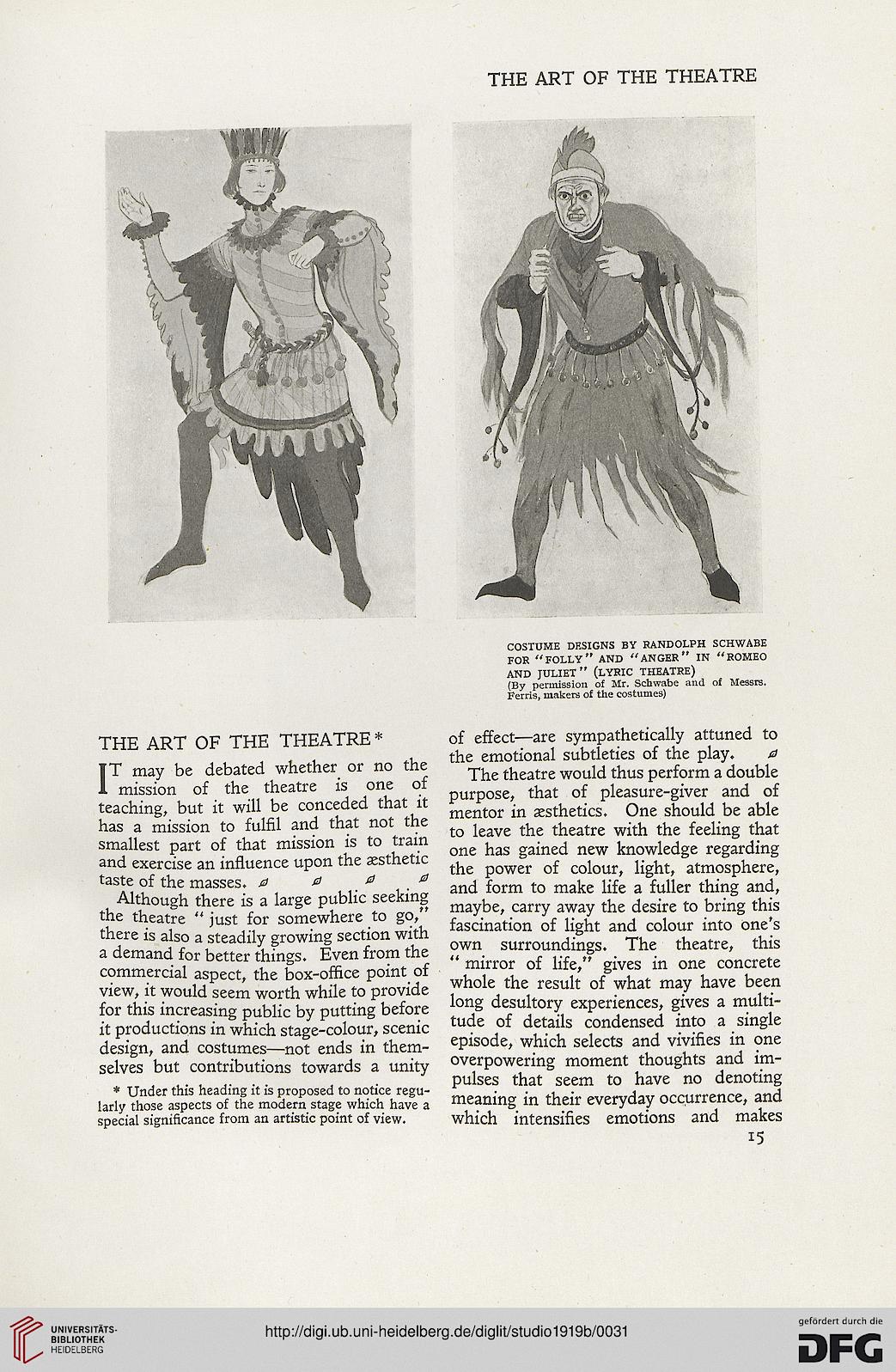 Information about OCR text
THE ART OF THE THEATRE

THE ART OF THE THEATRE *

IT may be debated whether or no the
mission of the theatre is one of
teaching, but it will be conceded that it
has a mission to fulfil and that not the
smallest part of that mission is to train
and exercise an influence upon the aesthetic
taste of the masses. 0 a a o
Although there is a large public seeking
the theatre “ just for somewhere to go,”
there is also a steadily growing section with
a demand for better things. Even from the
commercial aspect, the box-office point of
view, it would seem worth while to provide
for this increasing public by putting before
it productions in which stage-colour, scenic
design, and costumes—not ends in them-
selves but contributions towards a unity

* Under this heading it is proposed to notice regu-
larly those aspects of the modern stage which have a
special significance from an artistic point of view.

(By permission of Mr. Schwabe and of Messrs.
Ferris, makers of the costumes)

of effect—are sympathetically attuned to
the emotional subtleties of the play. 0
The theatre would thus perform a double
purpose, that of pleasure-giver and of
mentor in aesthetics. One should be able
to leave the theatre with the feeling that
one has gained new knowledge regarding
the power of colour, light, atmosphere,
and form to make life a fuller thing and,
maybe, carry away the desire to bring this
fascination of light and colour into one's
own surroundings. The theatre, this
“ mirror of life,” gives in one concrete
whole the result of what may have been
long desultory experiences, gives a multi-
tude of details condensed into a single
episode, which selects and vivifies in one
overpowering moment thoughts and im-
pulses that seem to have no denoting
meaning in their everyday occurrence, and
which intensifies emotions and makes