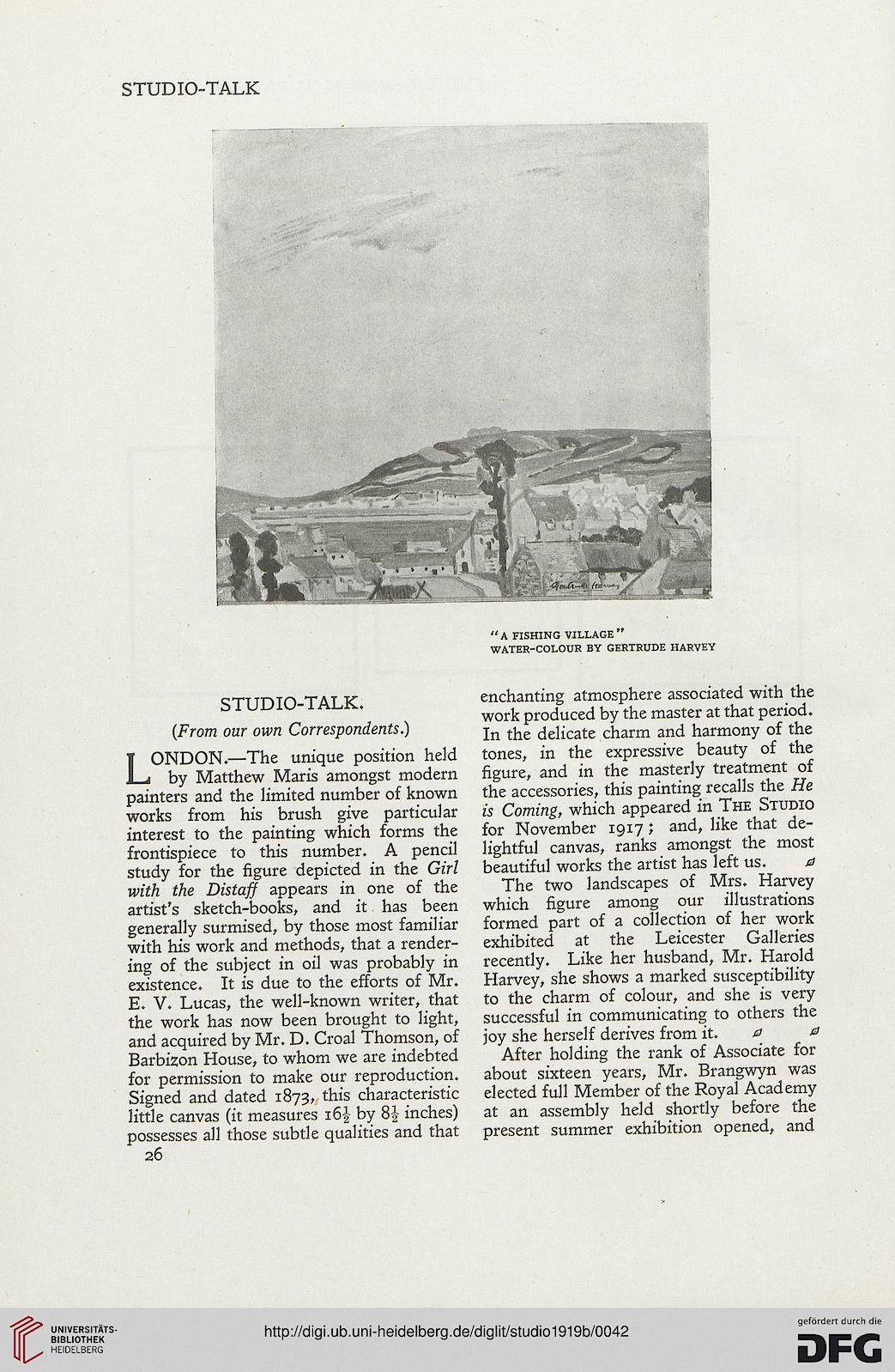 LONDON.—The unique position held
by Matthew Maris amongst modern
painters and the limited number of known
works from his brush give particular
interest to the painting which forms the
frontispiece to this number. A pencil
study for the figure depicted in the Girl
with the Distaff appears in one of the
artist’s sketch-books, and it has been
generally surmised, by those most familiar
with his work and methods, that a render-
ing of the subject in oil was probably in
existence. It is due to the efforts of Mr.
E. V. Lucas, the well-known writer, that
the work has now been brought to light,
and acquired by Mr. D. Croal Thomson, of
Barbizon House, to whom we are indebted
for permission to make our reproduction.
Signed and dated 1873, this characteristic
little canvas (it measures i6-| by 8|- inches)
possesses all those subtle qualities and that
26

enchanting atmosphere associated with the
work produced by the master at that period.
In the delicate charm and harmony of the
tones, in the expressive beauty of the
figure, and in the masterly treatment of
the accessories, this painting recalls the He
is Coming, which appeared in The Studio
for November 1917 ; and, like that de-
lightful canvas, ranks amongst the most
beautiful works the artist has left us. a
The two landscapes of Mrs. Harvey
which figure among our illustrations
formed part of a collection of her work
exhibited at the Leicester Galleries
recently. Like her husband, Mr. Harold
Harvey, she shows a marked susceptibility
to the charm of colour, and she is very
successful in communicating to others the
joy she herself derives from it. a a
After holding the rank of Associate for
about sixteen years, Mr. Brangwyn was
elected full Member of the Royal Academy
at an assembly held shortly before the
present summer exhibition opened, and