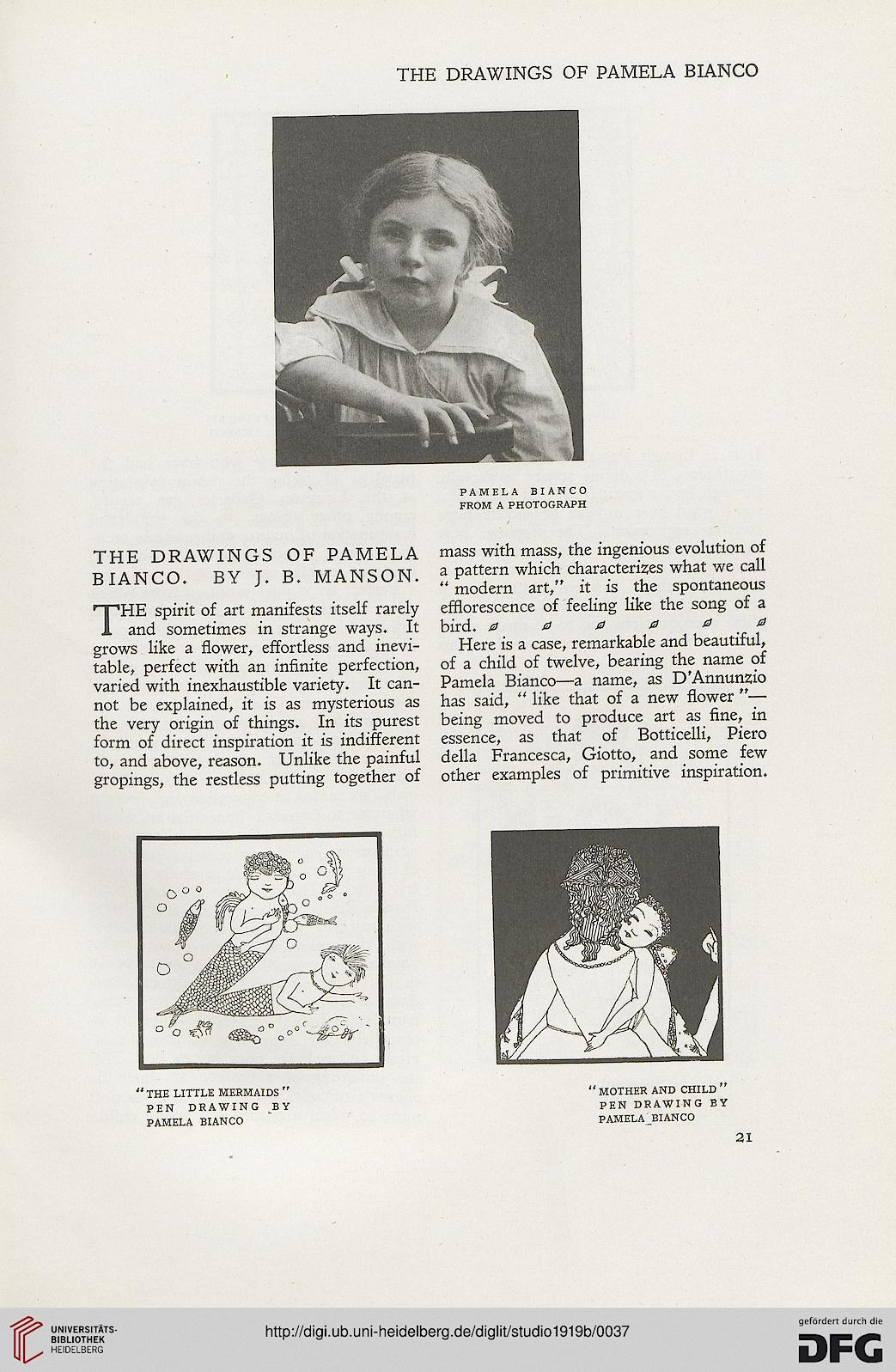 Information about OCR text
THE DRAWINGS OF PAMELA BIANCO

THE DRAWINGS OF PAMELA
BIANCO. BY J. B. MANSON.

THE spirit of art manifests itself rarely
and sometimes in strange ways. It
grows like a flower, effortless and inevi-
table, perfect with an infinite perfection,
varied with inexhaustible variety. It can-
not be explained, it is as mysterious as
the very origin of things. In its purest
form of direct inspiration it is indifferent
to, and above, reason. Unlike the painful
gropings, the restless putting together of

PAMELA BIANCO
FROM A PHOTOGRAPH

mass with mass, the ingenious evolution of
a pattern which characterizes what we call
“ modern art,” it is the spontaneous
efflorescence of feeling like the song of a
bird, a a a a a a
Here is a case, remarkable and beautiful,
of a child of twelve, bearing the name of
Pamela Bianco—a name, as D'Annunzio
has said, “ like that of a new flower ”—
being moved to produce art as fine, in
essence, as that of Botticelli, Piero
della Francesca, Giotto, and some few
other examples of primitive inspiration.