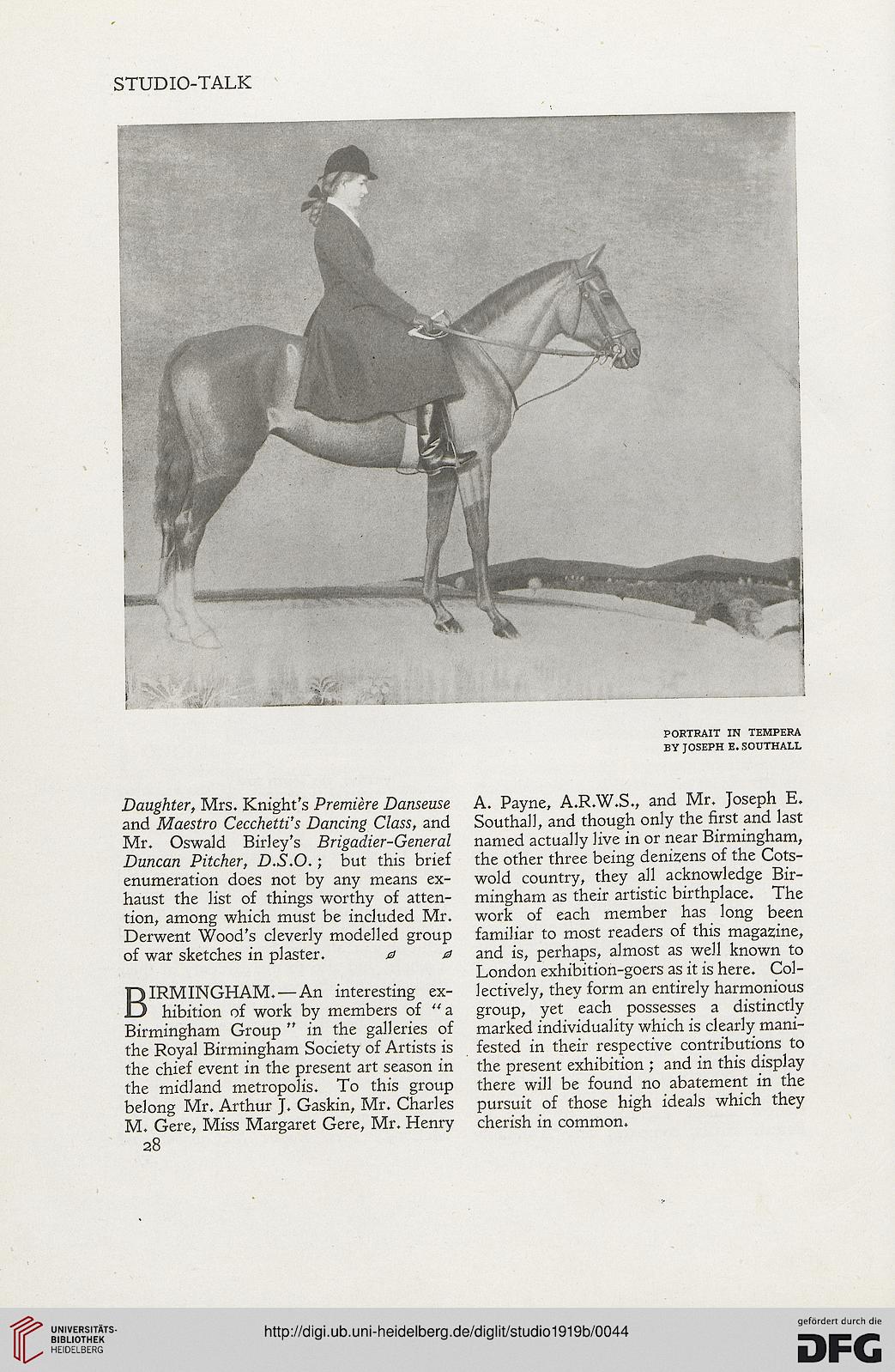 Daughter, Mrs. Knight's Premiere Danseuse
and Maestro Cecchetti’s Dancing Class, and
Mr. Oswald Birley’s Brigadier-General
Duncan Pitcher, D.S.O.; but this brief
enumeration does not by any means ex-
haust the list of things worthy of atten-
tion, among which must be included Mr.
Derwent Wood's cleverly modelled group
of war sketches in plaster. a 0

BIRMINGHAM. — An interesting ex-
hibition of work by members of "a
Birmingham Group " in the galleries of
the Royal Birmingham Society of Artists is
the chief event in the present art season in
the midland metropolis. To this group
belong Mr. Arthur J. Gaskin, Mr. Charles
M. Gere, Miss Margaret Gere, Mr. Henry
28

A. Payne, A.R.W.S., and Mr. Joseph E.
Southall, and though only the first and last
named actually live in or near Birmingham,
the other three being denizens of the Cots-
wold country, they all acknowledge Bir-
mingham as their artistic birthplace. The
work of each member has long been
familiar to most readers of this magazine,
and is, perhaps, almost as well known to
London exhibition-goers as it is here. Col-
lectively, they form an entirely harmonious
group, yet each possesses a distinctly
marked individuality which is clearly mani-
fested in their respective contributions to
the present exhibition ; and in this display
there will be found no abatement in the
pursuit of those high ideals which they
cherish in common.