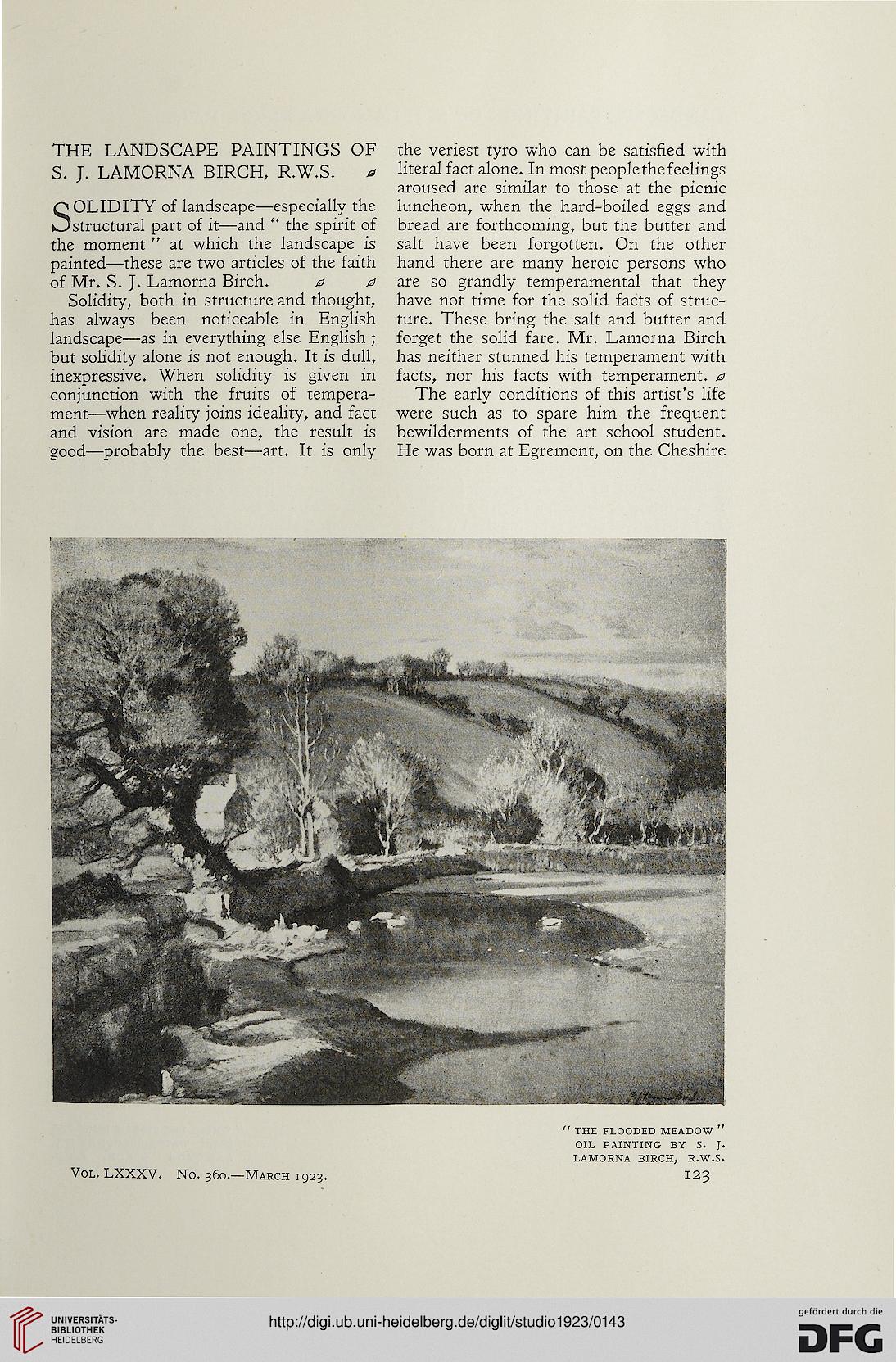 SOLIDITY of landscape—especially the
structural part of it—and u the spirit of
the moment ” at which the landscape is
painted—these are two articles of the faith
of Mr. S. J. Lamorna Birch. 0 0

Solidity, both in structure and thought,
has always been noticeable in English
landscape—as in everything else English ;
but solidity alone is not enough. It is dull,
inexpressive. When solidity is given in
conjunction with the fruits of tempera-
ment—when reality joins ideality, and fact
and vision are made one, the result is
good—probably the best—art. It is only

the veriest tyro who can be satisfied with
literal fact alone. In most people the feelings
aroused are similar to those at the picnic
luncheon, when the hard-boiled eggs and
bread are forthcoming, but the butter and
salt have been forgotten. On the other
hand there are many heroic persons who
are so grandly temperamental that they
have not time for the solid facts of struc-
ture. These bring the salt and butter and
forget the solid fare. Mr. Lamorna Birch
has neither stunned his temperament with
facts, nor his facts with temperament. 0
The early conditions of this artist's life
were such as to spare him the frequent
bewilderments of the art school student.
He was born at Egremont, on the Cheshire