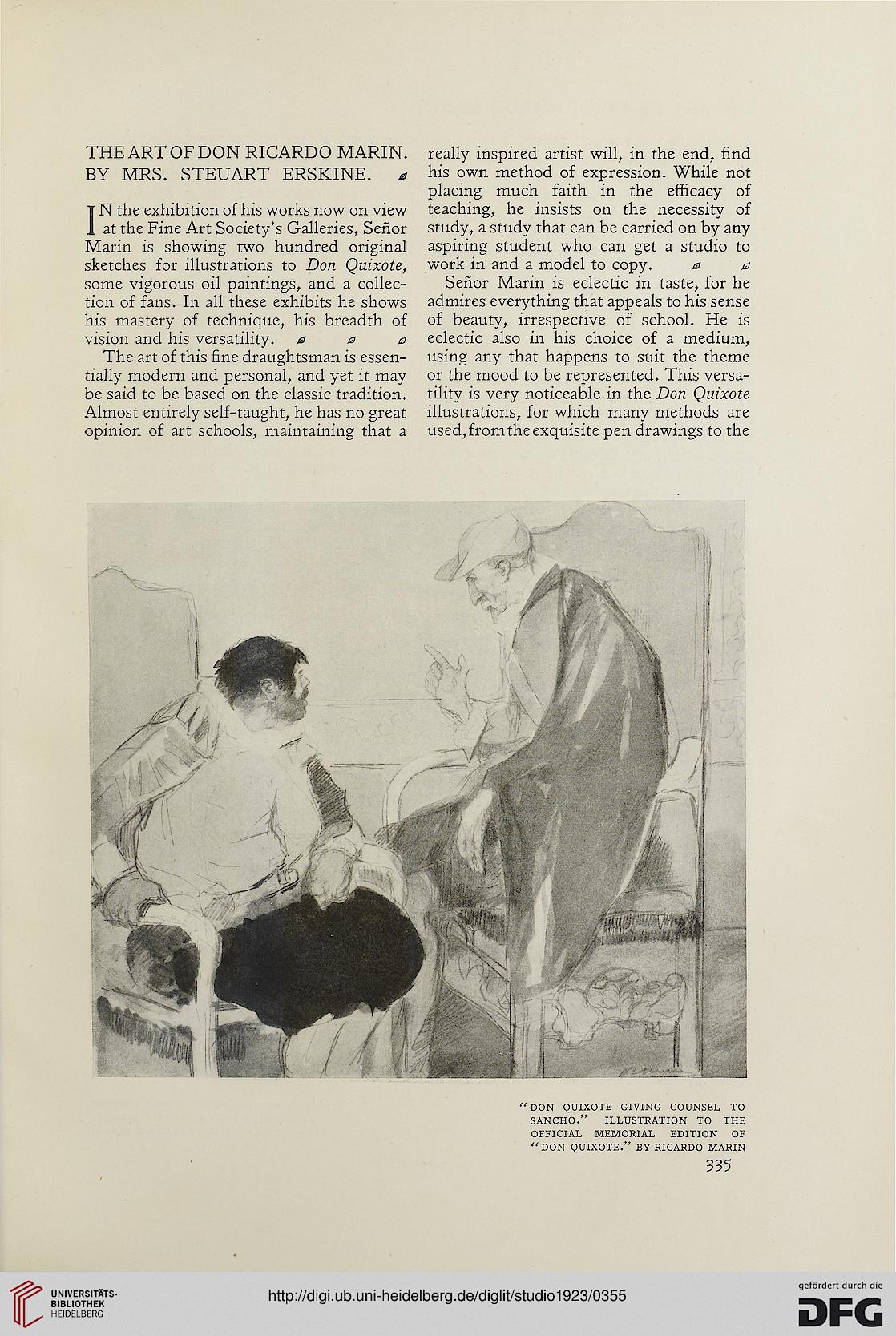 IN the exhibition of his works now on view
at the Fine Art Society's Galleries, Senor
Marin is showing two hundred original
sketches for illustrations to Don Quixote,
some vigorous oil paintings, and a collec-
tion of fans. In all these exhibits he shows
his mastery of technique, his breadth of
vision and his versatility, a a 0
The art of this fine draughtsman is essen-
tially modern and personal, and yet it may
be said to be based on the classic tradition.
Almost entirely self-taught, he has no great
opinion of art schools, maintaining that a

really inspired artist will, in the end, find
his own method of expression. While not
placing much faith in the efficacy of
teaching, he insists on the necessity of
study, a study that can be carried on by any
aspiring student who can get a studio to
work in and a model to copy. a 0
Senor Marin is eclectic in taste, for he
admires everything that appeals to his sense
of beauty, irrespective of school. He is
eclectic also in his choice of a medium,
using any that happens to suit the theme
or the mood to be represented. This versa-
tility is very noticeable in the Don Quixote
illustrations, for which many methods are
used, from the exquisite pen drawings to the