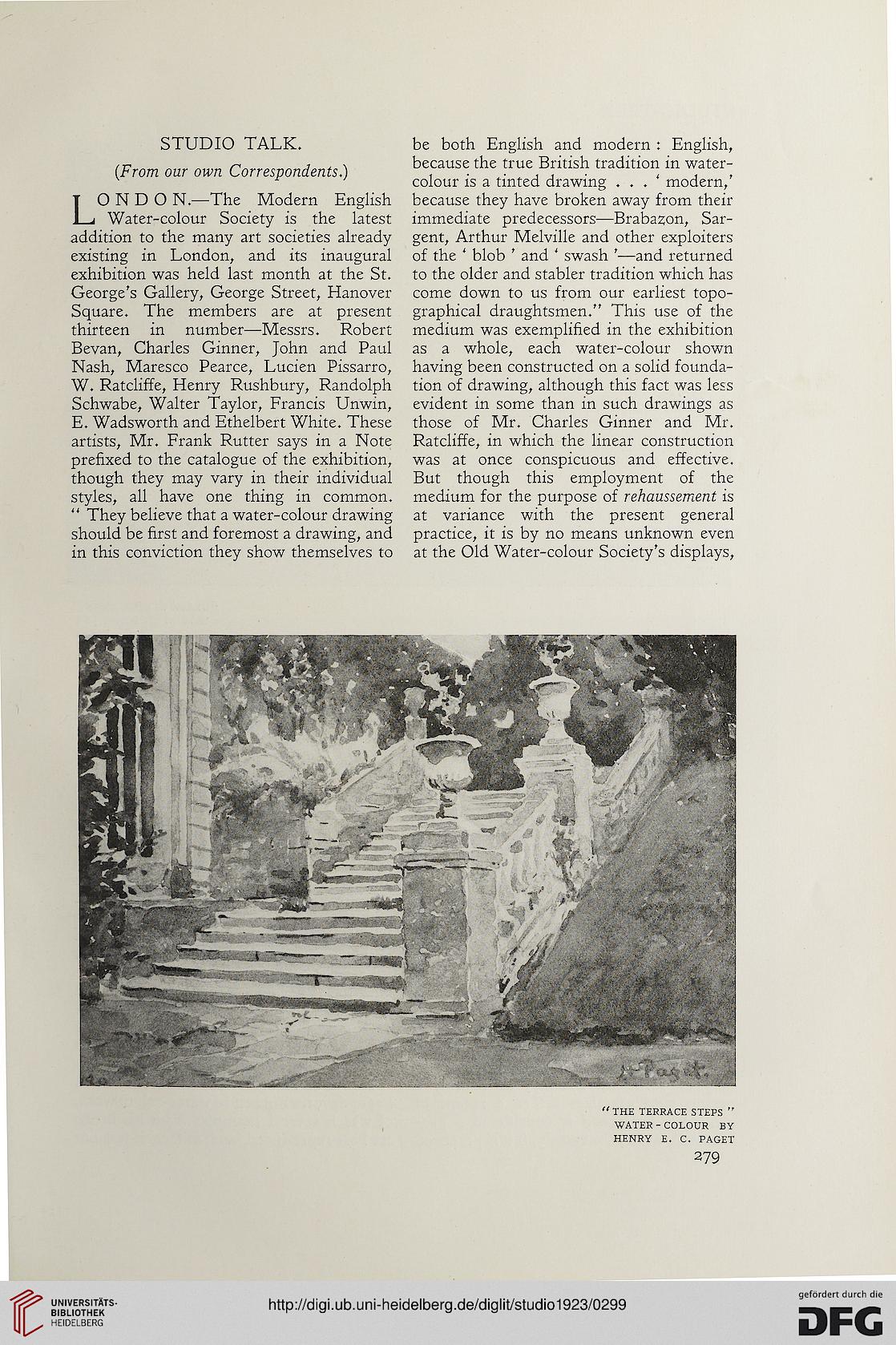 LO N D O N.—The Modern English
Water-colour Society is the latest
addition to the many art societies already
existing in London, and its inaugural
exhibition was held last month at the St.
George's Gallery, George Street, Hanover
Square. The members are at present
thirteen in number—Messrs. Robert
Bevan, Charles Ginner, John and Paul
Nash, Maresco Pearce, Lucien Pissarro,
W. Ratcliffe, Henry Rushbury, Randolph
Schwabe, Walter Taylor, Francis Unwin,
E. Wadsworth and Ethelbert White. These
artists, Mr. Frank Rutter says in a Note
prefixed to the catalogue of the exhibition,
though they may vary in their individual
styles, all have one thing in common.
“ They believe that a water-colour drawing
should be first and foremost a drawing, and
in this conviction they show themselves to

be both English and modern : English,
because the true British tradition in water-
colour is a tinted drawing . . . 4 modern,'
because they have broken away from their
immediate predecessors—Brabazon, Sar-
gent, Arthur Melville and other exploiters
of the * blob ' and * swash '—and returned
to the older and stabler tradition which has
come down to us from our earliest topo-
graphical draughtsmen." This use of the
medium was exemplified in the exhibition
as a whole, each water-colour shown
having been constructed on a solid founda-
tion of drawing, although this fact was less
evident in some than in such drawings as
those of Mr. Charles Ginner and Mr.
Ratcliffe, in which the linear construction
was at once conspicuous and effective.
But though this employment of the
medium for the purpose of reha.ussem.ent is
at variance with the present general
practice, it is by no means unknown even
at the Old Water-colour Society's displays,