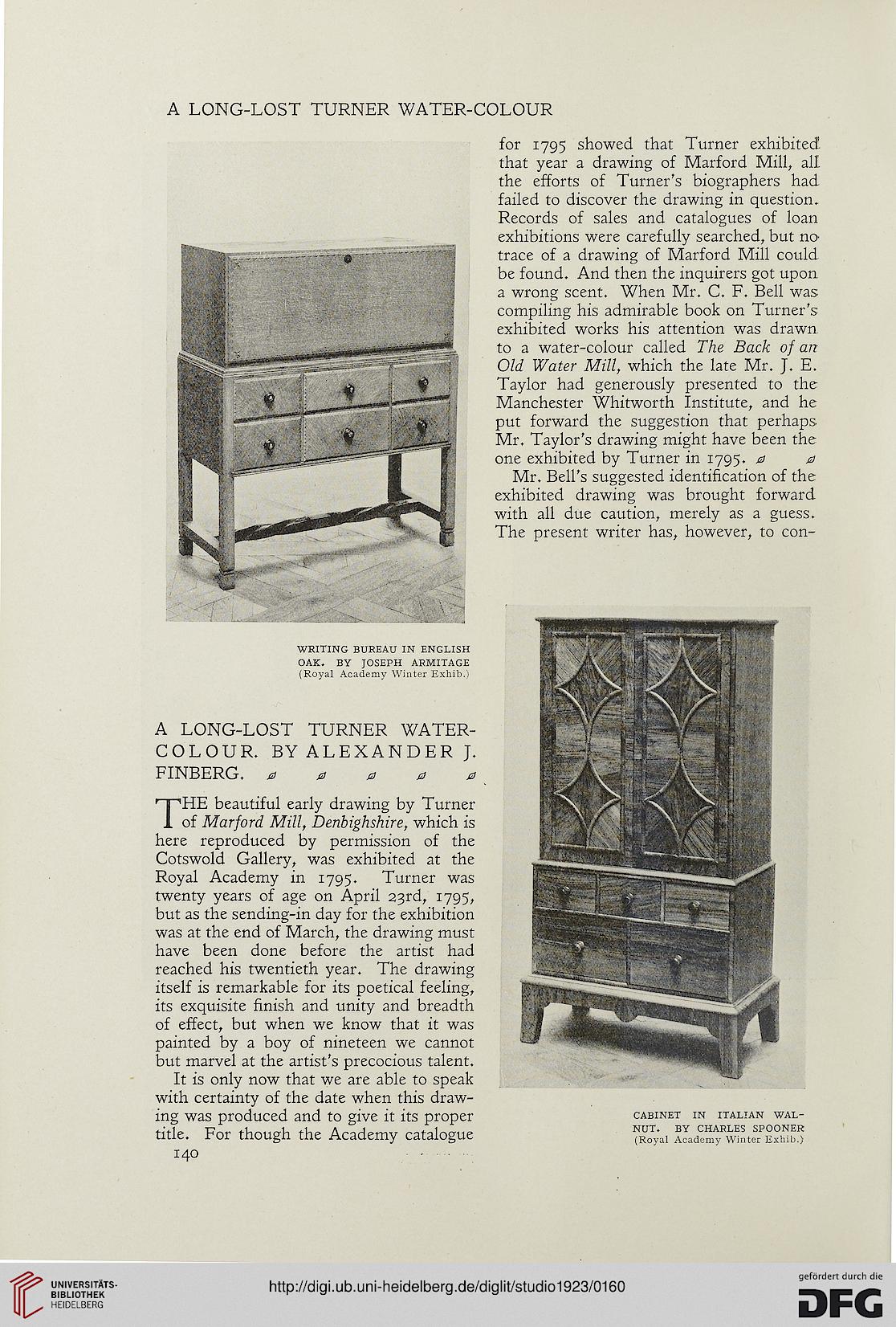 for 1795 showed that Turner exhibited
that year a drawing of Marford Mill, all
the efforts of Turner's biographers had
failed to discover the drawing in question.
Records of sales and catalogues of loan
exhibitions were carefully searched, but no
trace of a drawing of Marford Mill could
be found. And then the inquirers got upon
a wrong scent. When Mr. C. F. Bell was
compiling his admirable book on Turner's
exhibited works his attention was drawn
to a water-colour called The Back of an
Old Water Mill, which the late Mr. J. E.
Taylor had generously presented to the
Manchester Whitworth Institute, and he
put forward the suggestion that perhaps
Mr. Taylor's drawing might have been the
one exhibited by Turner in 1795. 0 0

Mr. Bell's suggested identification of the
exhibited drawing was brought forward
with all due caution, merely as a guess.
The present writer has, however, to con-

THE beautiful early drawing by Turner
of Marford Mill, Denbighshire, which is
here reproduced by permission of the
Cotswold Gallery, was exhibited at the
Royal Academy in 1795. Turner was
twenty years of age on April 23rd, 1795,
but as the sending-in day for the exhibition
was at the end of March, the drawing must
have been done before the artist had
reached his twentieth year. The drawing
itself is remarkable for its poetical feeling,
its exquisite finish and unity and breadth
of effect, but when we know that it was
painted by a boy of nineteen we cannot
but marvel at the artist's precocious talent.

It is only now that we are able to speak
with certainty of the date when this draw-
ing was produced and to give it its proper
title. For though the Academy catalogue
140 .