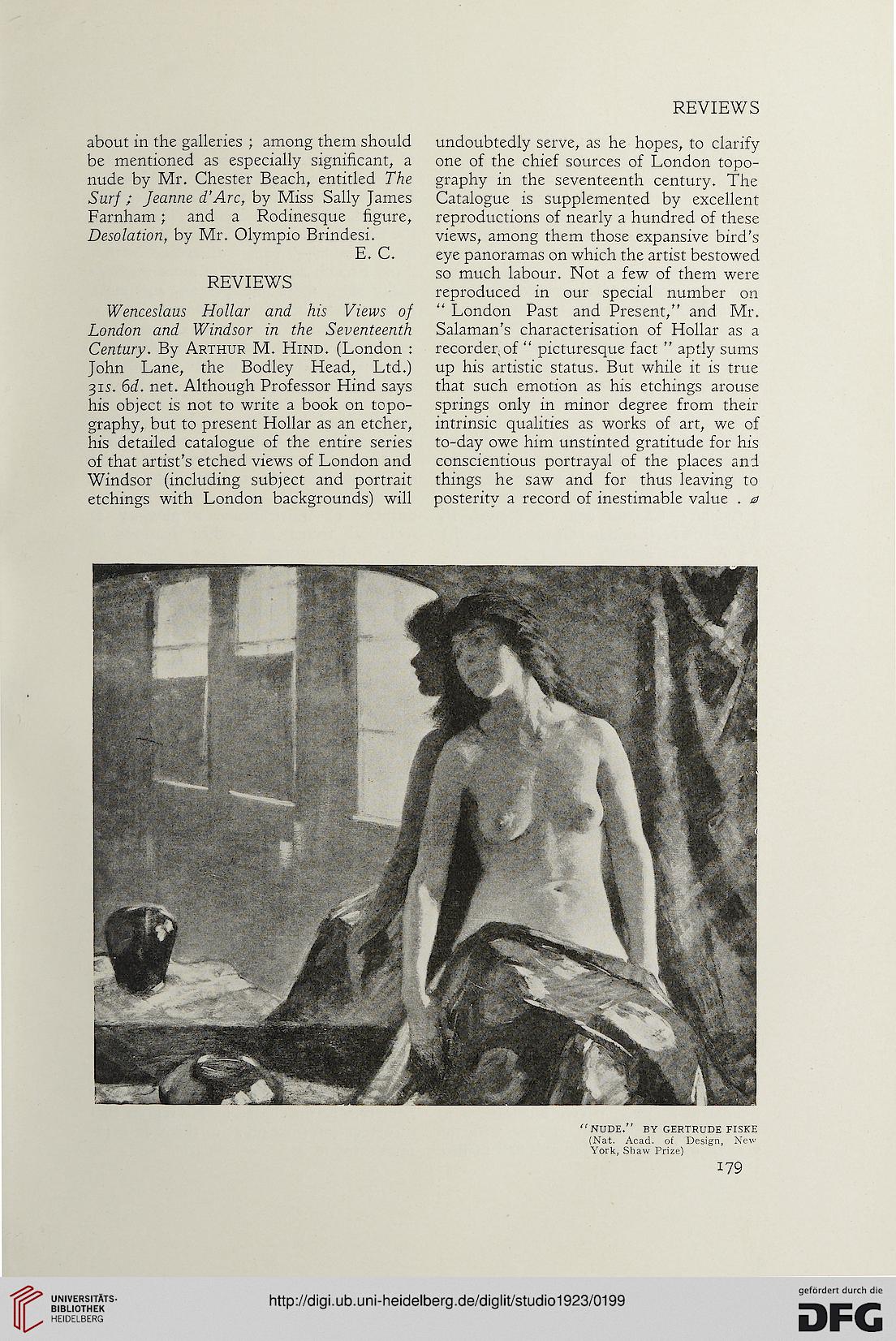 about in the galleries ; among them should
be mentioned as especially significant, a
nude by Mr. Chester Beach, entitled The
Surf ; Jeanne d’Arc, by Miss Sally James
Farnham; and a Rodinesque figure,
Desolation, by Mr. Olympio Brindesi.

Wenceslaus Hollar and his Views of
London and Windsor in the Seventeenth
Century. By Arthur M. Hind. (London :
John Lane, the Bodley Head, Ltd.)
315. 6d. net. Although Professor Hind says
his object is not to write a book on topo-
graphy, but to present Hollar as an etcher,
his detailed catalogue of the entire series
of that artist's etched views of London and
Windsor (including subject and portrait
etchings with London backgrounds) will

undoubtedly serve, as he hopes, to clarify
one of the chief sources of London topo-
graphy in the seventeenth century. The
Catalogue is supplemented by excellent
reproductions of nearly a hundred of these
views, among them those expansive bird's
eye panoramas on which the artist bestowed
so much labour. Not a few of them were
reproduced in our special number on
“ London Past and Present," and Mr.
Salaman's characterisation of Hollar as a
recorder, of ** picturesque fact " aptly sums
up his artistic status. But while it is true
that such emotion as his etchings arouse
springs only in minor degree from their
intrinsic qualities as works of art, we of
to-day owe him unstinted gratitude for his
conscientious portrayal of the places and
things he saw and for thus leaving to
posterity a record of inestimable value . 0