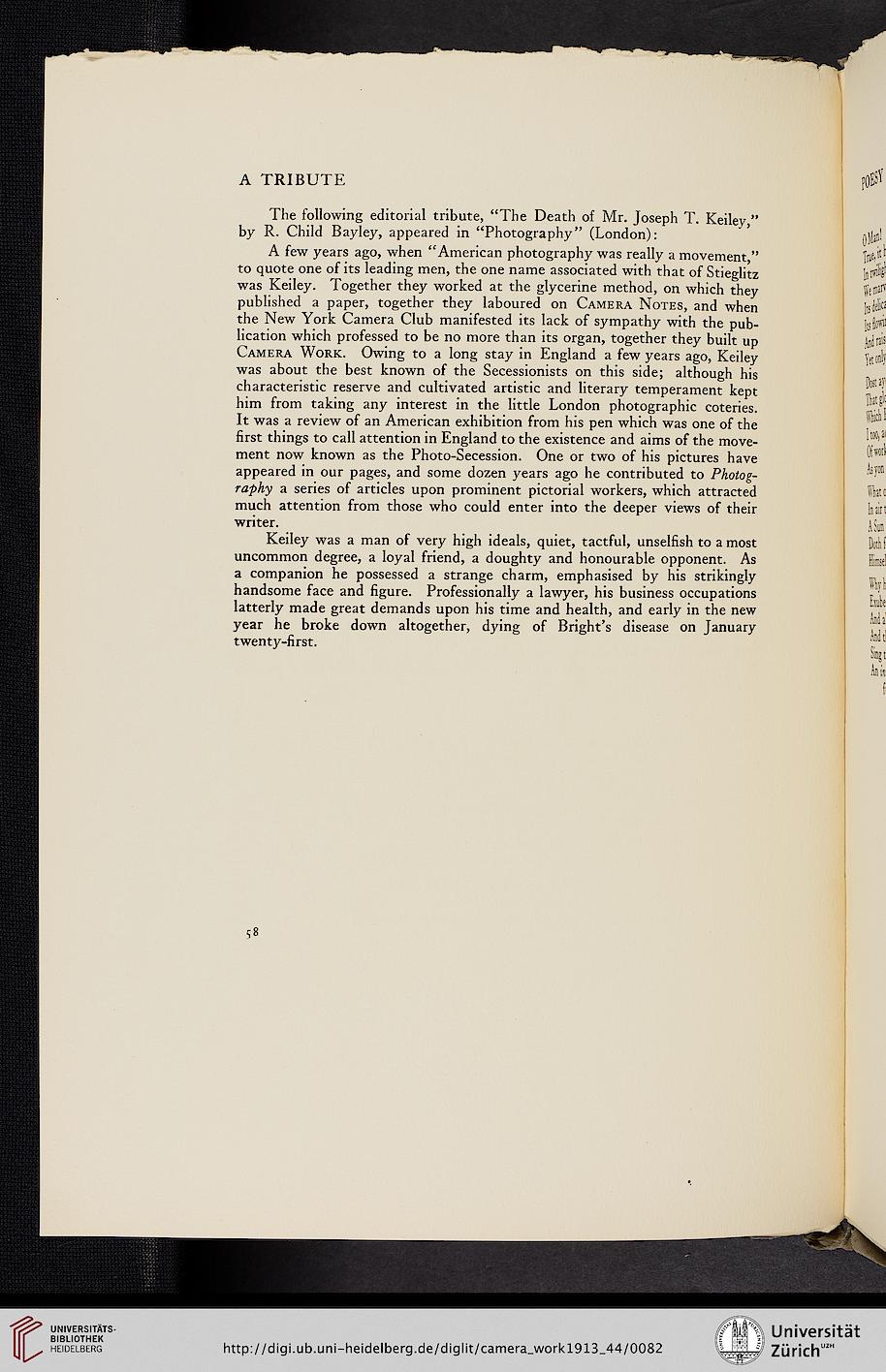 Information about OCR text
A TRIBUTE

The following editorial tribute, “The Death of Mr. Joseph T. Keiley,”
by R. Child Bayley, appeared in “Photography” (London):
A few years ago, when “American photography was really a movement,”
to quote one of its leading men, the one name associated with that of Stieglitz
was Keiley. Together they worked at the glycerine method, on which they
published a paper, together they laboured on Camera Notes, and when
the New York Camera Club manifested its lack of sympathy with the pub-
lication which professed to be no more than its organ, together they built up
Camera Work. Owing to a long stay in England a few years ago, Keiley
was about the best known of the Secessionists on this side; although his
characteristic reserve and cultivated artistic and literary temperament kept
him from taking any interest in the little London photographic coteries.
It was a review of an American exhibition from his pen which was one of the
first things to call attention in England to the existence and aims of the move-
ment now known as the Photo-Secession. One or two of his pictures have
appeared in our pages, and some dozen years ago he contributed to Photog-
raphy a series of articles upon prominent pictorial workers, which attracted
much attention from those who could enter into the deeper views of their
writer.
Keiley was a man of very high ideals, quiet, tactful, unselfish to a most
uncommon degree, a loyal friend, a doughty and honourable opponent. As
a companion he possessed a strange charm, emphasised by his strikingly
handsome face and figure. Professionally a lawyer, his business occupations
latterly made great demands upon his time and health, and early in the new
year he broke down altogether, dying of Bright’s disease on January
twenty-first.