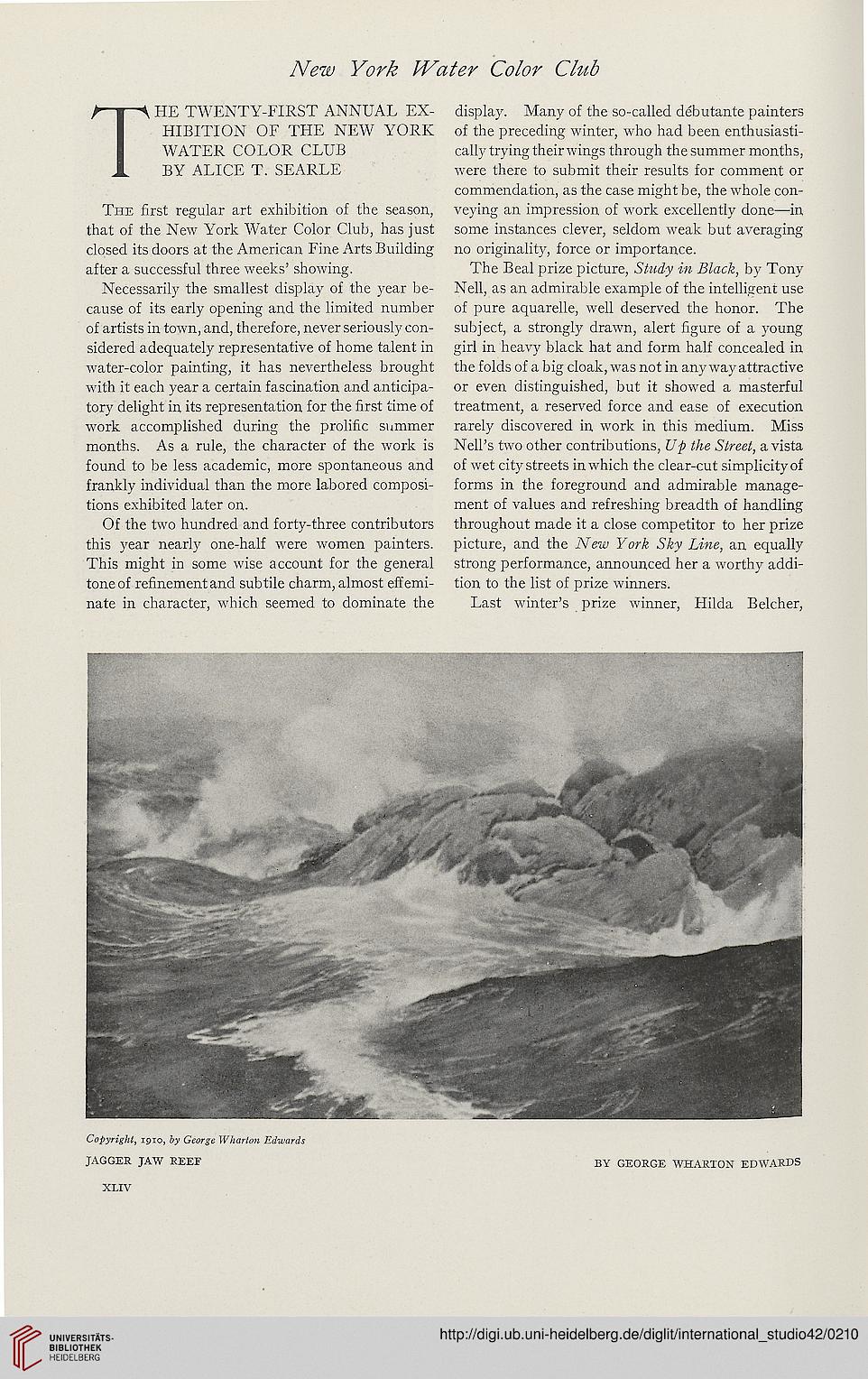 The first regular art exhibition of the season,
that of the New York Water Color Club, has just
closed its doors at the American Fine Arts Building
after a successful three weeks' showing.

Necessarily the smallest display of the year be-
cause of its early opening and the limited number
of artists in town, and, therefore, never seriously con-
sidered adequately representative of home talent in
water-color painting, it has nevertheless brought
with it each year a certain fascination and anticipa-
tory delight in its representation for the first time of
work accomplished during the prolific summer
months. As a rule, the character of the work is
found to be less academic, more spontaneous and
frankly individual than the more labored composi-
tions exhibited later on.

Of the two hundred and forty-three contributors
this year nearly one-half were women painters.
This might in some wise account for the general
tone of refinement and subtile charm, almost effemi-
nate in character, which seemed to dominate the

display. Many of the so-called debutante painters
of the preceding winter, who had been enthusiasti-
cally trying their wings through the summer months,
were there to submit their results for comment or
commendation, as the case might be, the whole con-
veying an impression of work excellently done—in
some instances clever, seldom weak but averaging
no originality, force or importance.

The Beal prize picture, Study in Black, by Tony
Nell, as an admirable example of the intelligent use
of pure aquarelle, well deserved the honor. The
subject, a strongly drawn, alert figure of a young
girl in heavy black hat and form half concealed in
the folds of a big cloak, was not in any way attractive
or even distinguished, but it showed a masterful
treatment, a reserved force and ease of execution
rarely discovered in work in this medium. Miss
Nell's two other contributions, Up the Street, a vista
of wet city streets in which the clear-cut simplicity of
forms in the foreground and admirable manage-
ment of values and refreshing breadth of handling
throughout made it a close competitor to her prize
picture, and the New York Sky Line, an equally
strong performance, announced her a worthy addi-
tion to the list of prize winners.