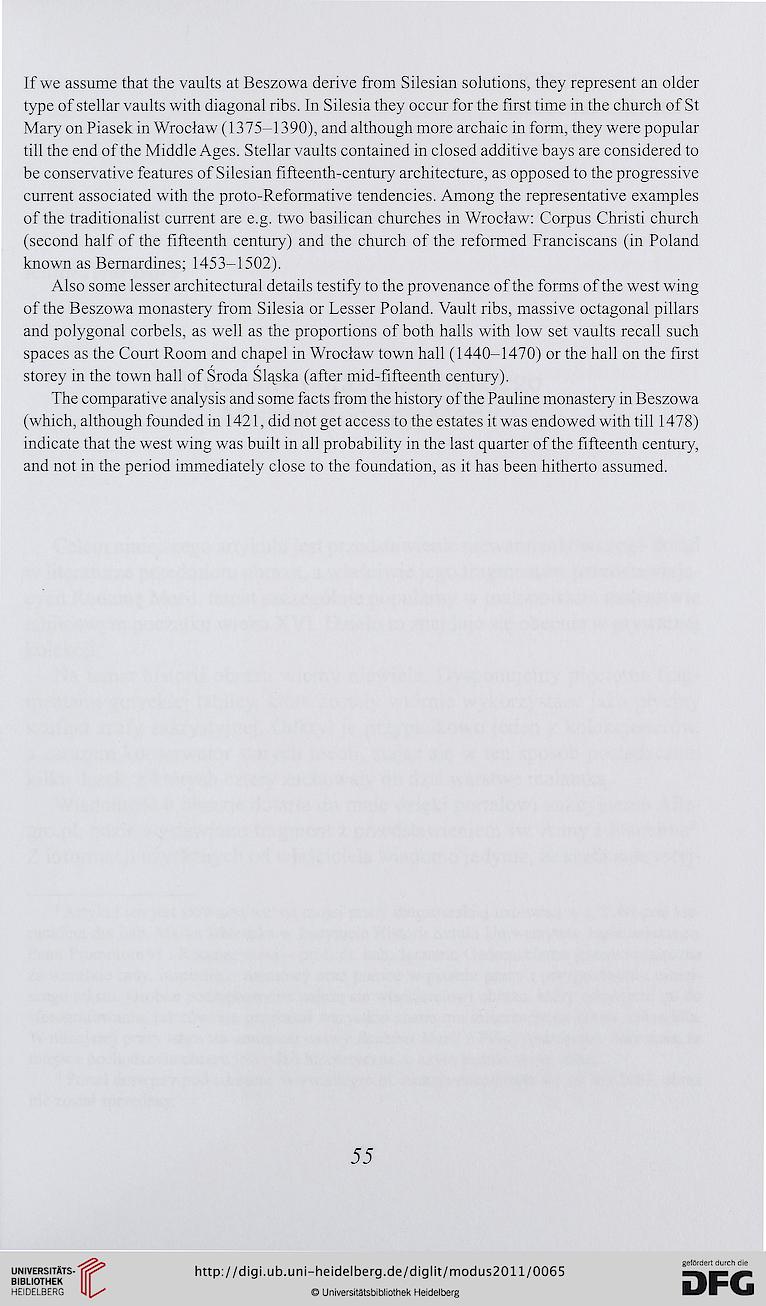 Information about OCR text
If we assume that the vaults at Beszowa derive from Silesian solutions, they represent an older
type of stellar vaults with diagonal ribs. In Silesia they occur for the first time in the church of St
Mary on Piasek in Wrocław (1375-1390), and although more archaic in form, they were popular
till the end of the Middle Ages. Stellar vaults contained in closed additive bays are considered to
be conservative features of Silesian fifteenth-century architecture, as opposed to the progressive
current associated with the proto-Reformative tendencies. Among the representative examples
of the traditionalist current are e.g. two basilican churches in Wrocław: Corpus Christi church
(second half of the fifteenth century) and the church of the reformed Franciscans (in Poland
known as Bernardines; 1453-1502).

Also some lesser architectural details testify to the provenance of the forms of the west wing
of the Beszowa monastery from Silesia or Lesser Poland. Vault ribs, massive octagonal pillars
and polygonal corbels, as well as the proportions of both halls with Iow set vaults recall such
spaces as the Court Room and chapel in Wrocław town hall (1440-1470) or the hall on the first
storey in the town hall of Środa Śląska (after mid-fifteenth century).

The comparative analysis and some facts from the history of the Pauline monastery in Beszowa
(which, although founded in 1421, did not get access to the estates it was endowed with till 1478)
indicate that the west wing was built in all probability in the last ąuarter of the fifteenth century,
and not in the period immediately close to the foundation, as it has been hitherto assumed.