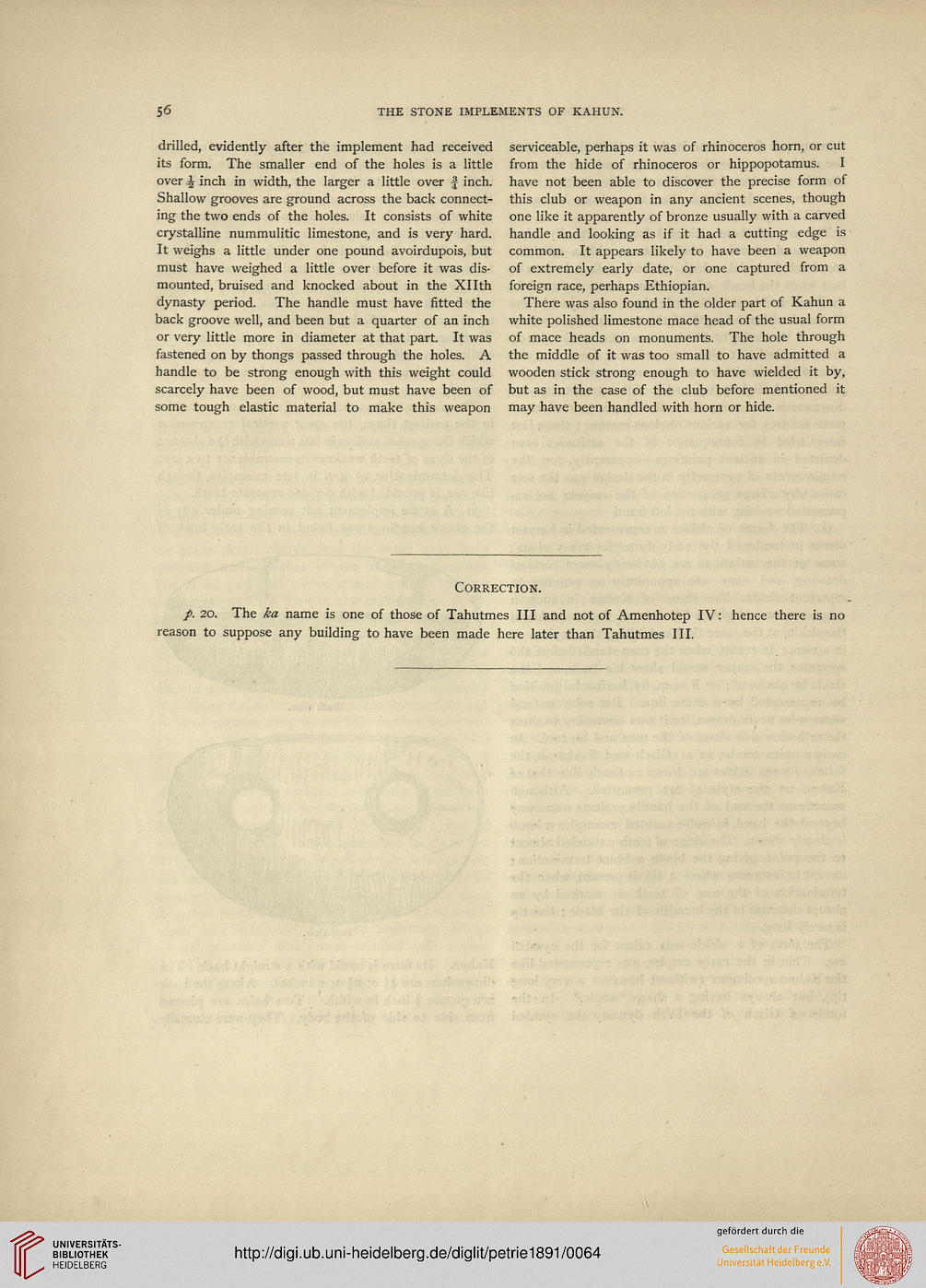 THE STONE IMPLEMENTS OF KAHUN.

drilled, evidently after the implement had received
its form. The smaller end of the holes is a little
over J inch in width, the larger a little over f inch.
Shallow grooves are ground across the back connect-
ing the two ends of the holes. It consists of white
crystalline nummulitic limestone, and is very hard.
It weighs a little under one pound avoirdupois, but
must have weighed a little over before it was dis-
mounted, bruised and knocked about in the Xllth
dynasty period. The handle must have fitted the
back groove well, and been but a quarter of an inch
or very little more in diameter at that part. It was
fastened on by thongs passed through the holes. A
handle to be strong enough with this weight could
scarcely have been of wood, but must have been of
some tough elastic material to make this weapon

serviceable, perhaps it was of rhinoceros horn, or cut
from the hide of rhinoceros or hippopotamus. I
have not been able to discover the precise form of
this club or weapon in any ancient scenes, though
one like it apparently of bronze usually with a carved
handle and looking as if it had a cutting edge is
common. It appears likely to have been a weapon
of extremely early date, or one captured from a
foreign race, perhaps Ethiopian.

There was also found in the older part of Kahun a
white polished limestone mace head of the usual form
of mace heads on monuments. The hole through
the middle of it was too small to have admitted a
wooden stick strong enough to have wielded it by,
but as in the case of the club before mentioned it
may have been handled with horn or hide.

/. 20. The ka name is one of those of Tahutmes III and not of Amenhotep IV: hence there is no
reason to suppose any building to have been made here later than Tahutmes III.