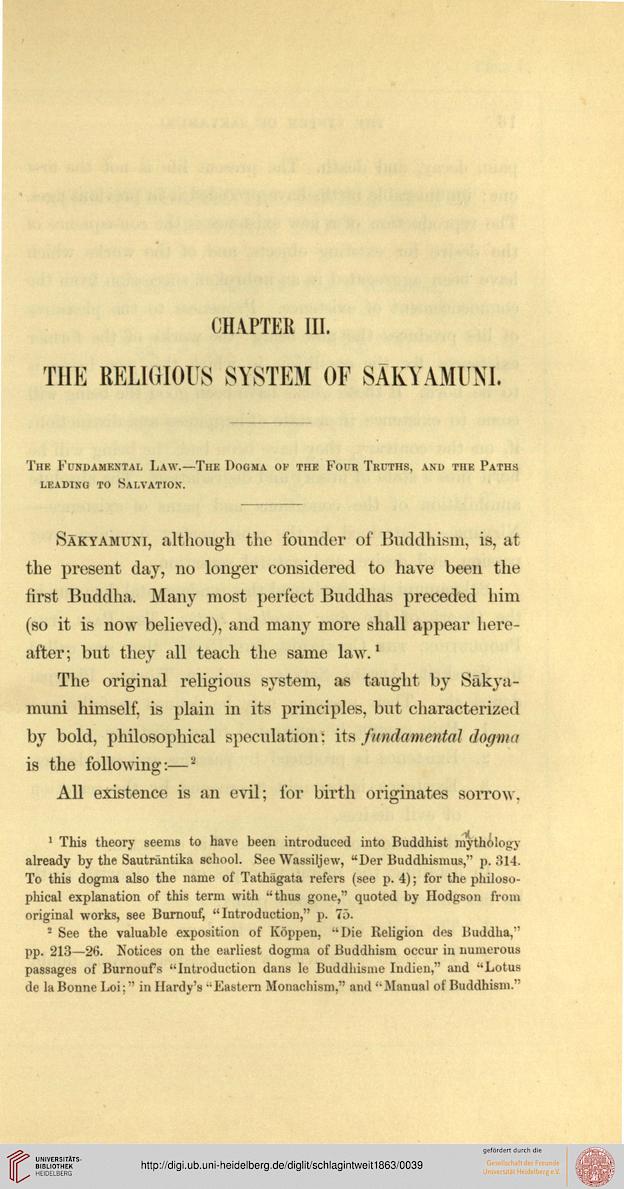 The Fundamental Law.—The Dogma of the Four Truths, and the Paths
leading to salvation.

Sakyamuni, although the founder of Buddhism, is, at
the present day, no longer considered to have been the
first Buddha. Many most perfect Buddhas preceded him
(so it is now believed), and many more shall appear here-
after; but they all teach the same law.1

The original religious system, as taught by Sakva-
muni himself, is plain in its principles, but characterized
by bold, philosophical speculation: its fundamental dogma
is the following:—'

All existence is an evil; for birth originates sorrow,

1 This theory seems to have been introduced into Buddhist mythology
already by the Sautrintika school. See Wassiljew, "Der Buddhismus," ji. ;U4.
To this dogma also the name of Tathagata refers (see p. 4); for the philoso-
phical explanation of this term with "thus gone," quoted by Hodgson from
original works, see Burnouf, "Introduction," p. 75.