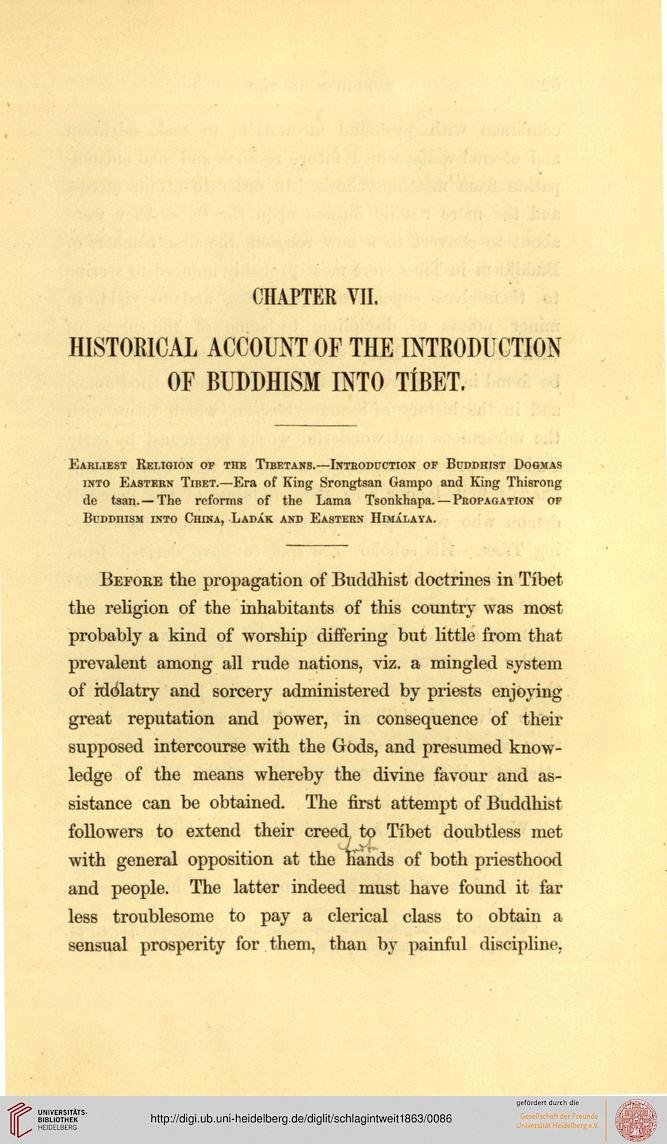 HISTORICAL ACCOUNT OF THE INTRODUCTION
OF BUDDHISM INTO TlBET.

Earliest Religion of the Tibetans.—Introduction op Buddhist Dogmas
into Eastern Tibet.—Era of King Srongtsan Gampo and King Thisrong
tie tsan.— The reforms of the Lama Tsonkhapa.—Propagation of
Buddhism into China, Ladak and Eastern Himalaya.

Before the propagation of Buddhist doctrines in Tibet
the religion of the inhabitants of this country was most
probably a kind of worship differing but little from that
prevalent among all rude nations, viz. a mingled system
of idolatry and sorcery administered by priests enjoying
great reputation and power, in consequence of their
supposed intercourse with the Gods, and presumed know-
ledge of the means whereby the divine favour and as-
sistance can be obtained. The first attempt of Buddhist
followers to extend their creed to Tibet doubtless met
with general opposition at the hands of both priesthood
and people. The latter indeed must have found it far
less troublesome to pay a clerical class to obtain a
sensual prosperity for them, than by painful discipline,