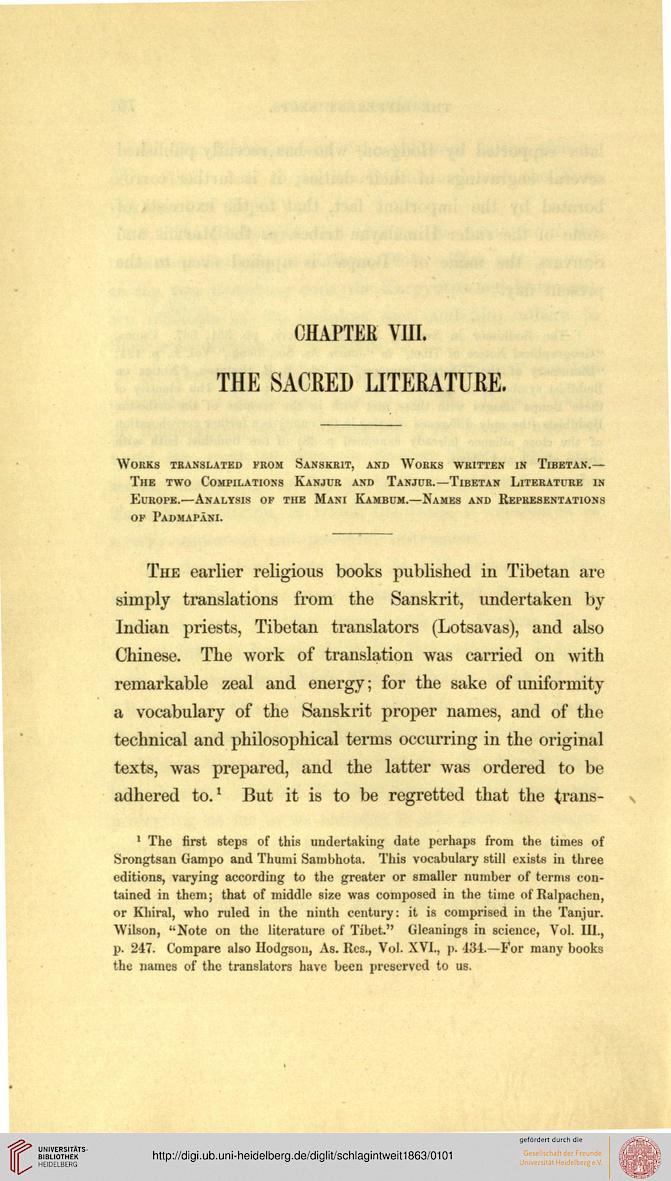 Works translated from Sanskrit, and Works written in Tibetan.—
The two Compilations Kanjuh and Tanjur.—Tibetan Literature in
Europe.—Analysis op the Mani Kambum.—Names and Representations
of Padmapani.

The earlier religious books published in Tibetan are
simply translations from the Sanskrit, undertaken by
Indian priests, Tibetan translators (Lotsavas), and also
Chinese. The work of translation was carried on with
remarkable zeal and energy; for the sake of uniformity
a vocabulary of the Sanskrit proper names, and of the
technical and philosophical terms occurring in the original
texts, was prepared, and the latter was ordered to be
adhered to.1 But it is to be regretted that the trans-

1 The first steps of this undertaking date perhaps from the times of
Srongtsan Gampo and Thumi Sambhota. This vocabulary still exists in three
editions, varying according to the greater or smaller number of terms con-
tained in them; that of middle size was composed in the time of Ralpachen,
or Khiral, who ruled in the ninth century: it is comprised in the Tanjur.
Wilson, "Note on the literature of Tibet." Gleanings in science, Vol. III.,
p. 247. Compare also Hodgson, As. Res., Vol. XVI., j>. 134.—For many books
the names of the translators have been preserved to us.